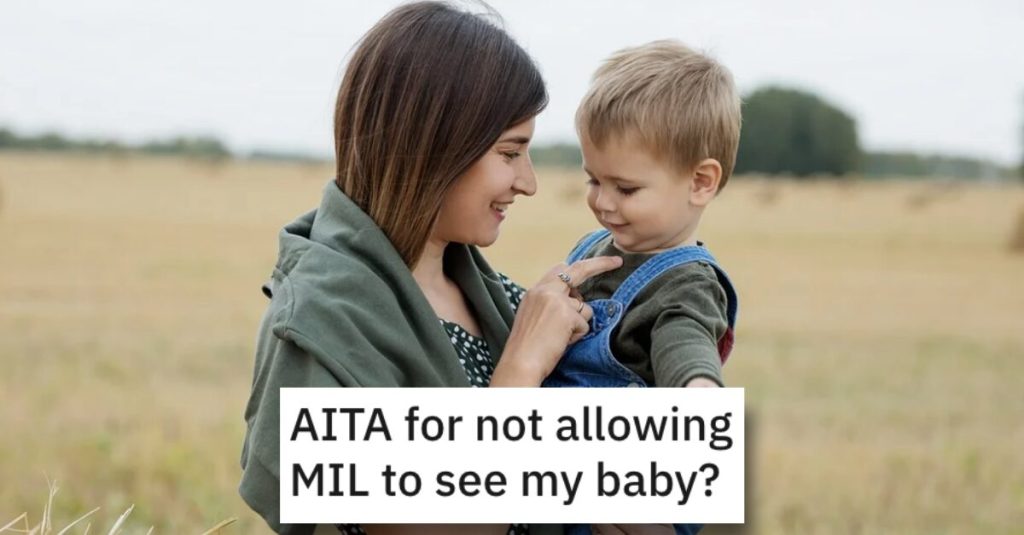 She Won’t Let Her Mother-In-Law See Her Baby. Is She Wrong?

Uh oh…it’s another story about drama with the in-laws from Reddit’s “Am I the A**hole?” page.

And this one is a real doozy, my friends…

Read on to see what went down and if you think this woman was in the wrong in this story.

AITA for not allowing MIL to see my baby?

“I will try to keep things as short and sweet as possible. I am 22F and husband 27M

We found out we were pregnant before we got married and decided to postpone the wedding. We did eventually get married after baby was born. We waited until I was around 9 weeks pregnant untill we started telling the closest friends and family. My now MIL was very upset at the time and after saying my baby will burn in hell she came with a long list of demands.

I ignored her for the first couple of months, it was easy not to see her because my husband did not allow any visitation during my pregnancy because he lost a lot of family due to Covid and simply didn’t want to take any chances. We ended up filming a video of us announcing the gender and just sent it to everyone via texts, whatsapp and email.

MIL was furious that she wasn’t the one who planned our gender reveal and had a huge meltdown.

After finding out it was a boy, the first thing she asked is if we were going to have him circumcised by the church’s doctor.

Hubby and I had a long discussion about this and decided that if it is not medically necessary we would leave him intact so that he can make his own choices about his body and religion when he is old enough to understand everything.

MIL said she would not acknowledge my child as her grandchild and did not want anything to do with him. This was the last I heard of her until my baby was born.

I went into preterm labor at 33 weeks and baby boy was born at 34 weeks via emergency C section after all efforts of natural birth failed.

We announced his birth on the family group chat and MIL had yet another meltdown about not being told I was in labor and that baby had been born. We announced his name and she cried even worse when she heard we did not pick a family name.

She showed up unannounced when we got home from the hospital and my husband told her to leave. She has been harassing us non stop and we eventually let her meet him. I exclusively breastfeed and she h**es not being able to feed him and having to give him back to me when he’s hungry.

When she came to visit again I let her hold him while I was quickly cleaning up the kitchen and when I got back into the room, there she was feeding him a bottle of formula that she snuck in without my knowledge.

I immediately took my son, and called our estate security to escort her from the premises.

My husband is supporting me all the way and has cut all ties with his mom. His brother has now been giving us hell and trying to convince us to fix the relationship because MIL “can’t cope” with life anymore. He has repeatedly told me I’m an AH and countless other names and says I should have just done what MIL wanted so everyone can be happy.

This reader said that this woman is definitely not the a**hole. 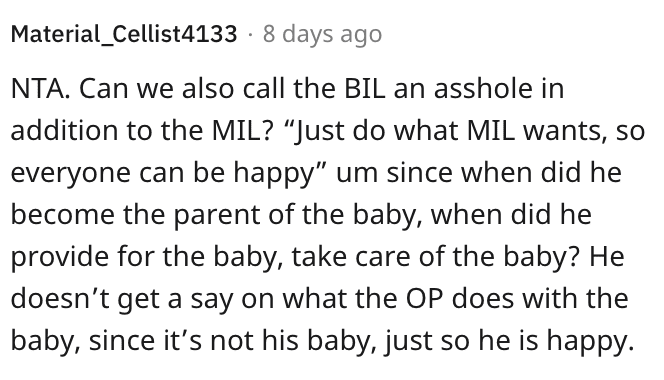 And another Reddit user was perplexed about how the mother-in-law’s happiness would be more important than the parents of the baby. 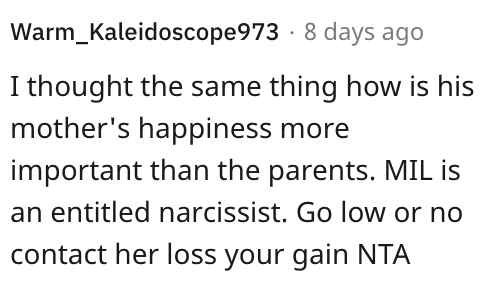 And this individual made a good point…read on! 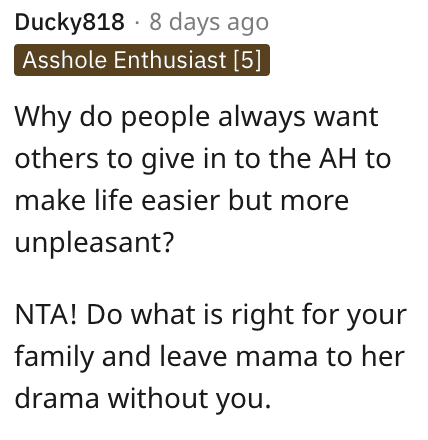