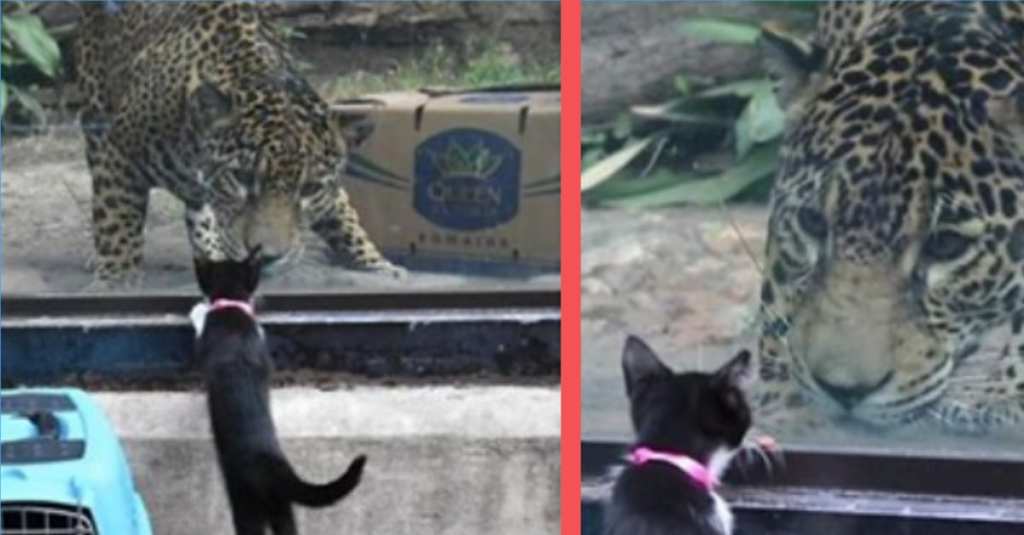 Shelter animals often don’t catch a lot of breaks. Some come from abusive situations, while others were simply abandoned by their families.

But not all shelter moments have to be so heartbreaking. In fact, they can be downright adorable. That’s exactly the situation at the Animal Defense League of Texas, a nonprofit supporting abandoned, abused or neglected cats and dogs.

The animal shelter, which has two locations in San Antonio, recently took some of its furry residents over to the San Antonio Zoo for a little exploration and fun.

As you might have guessed, this little field trip resulted in some seriously squeal-worthy moments between the shelter pets and the zoo animals. If you love animals in general, you’ll get a kick out of this video, taken the day the shelter brought adoptable kitties to the zoo:

Hanging out with other big cats… 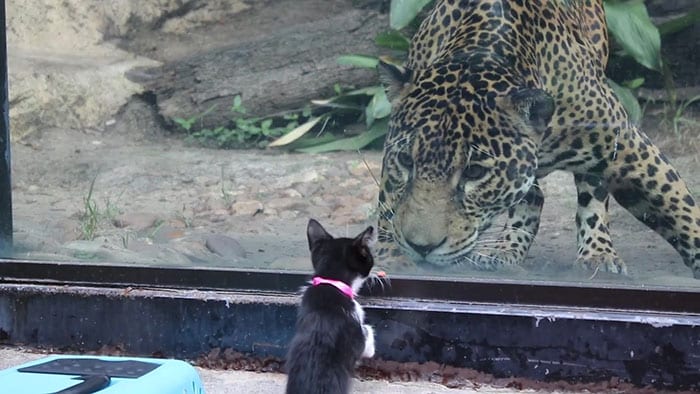 And hanging out with big pigs… 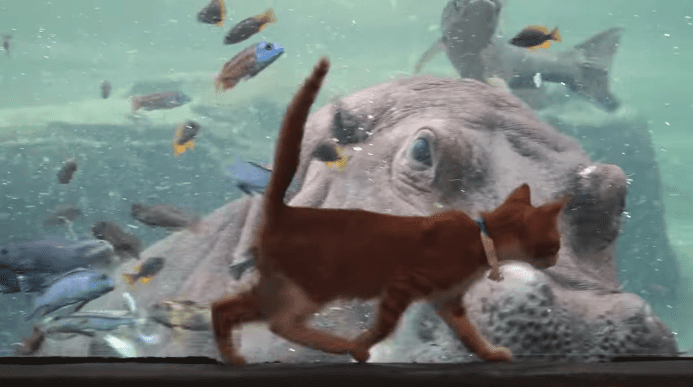 And here’s another video showing some dogs at the zoo. Look at all these good boys and girls behaving so nicely in front of the giraffes!

A post shared by Animal Defense League of Texas (@animaldefenseleague) on Jun 17, 2020 at 7:12am PDT

In addition to just being incredibly cute and heartwarming, it also sure seems like this initiative is helping to boost awareness about the missions of both the zoo and the animal shelter.

It’s a win-win crossover partnership that can only benefit all the animals involved.

A post shared by Animal Defense League of Texas (@animaldefenseleague) on Jun 10, 2020 at 7:29am PDT

We don’t know whose idea this whole thing was, but we definitely think that person should get a raise! We’re so glad they shared this little moment of joy with us here on the internet.

Check out the whole video!

How do you feel about adopting shelter pets? Do you support your local animal shelter?