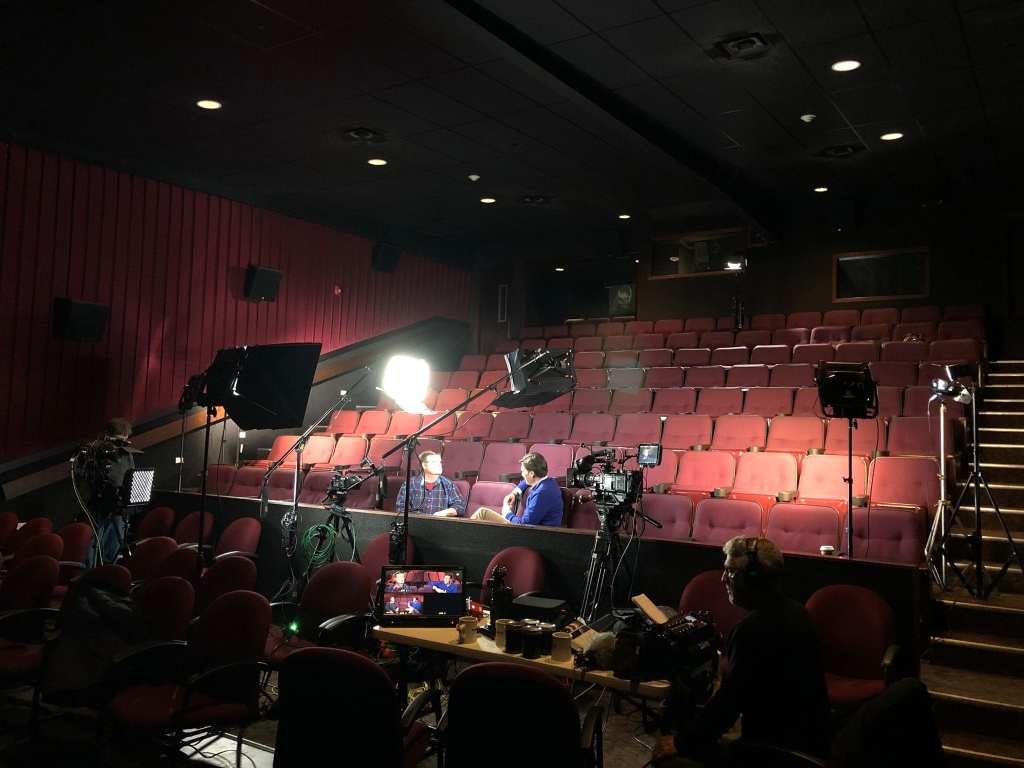 Smith, whose theater is in small town Kingston, Washington, recently spoke with CBS’s Lee Cowan about movies and how, 10-years ago, he used his life savings to turn a firehouse into a two-screen cinema.

It was the only one in town.

He ran it almost entirely by himself, running up credit cards and foregoing a paycheck to keep the place going. Then, one day while he was in the projection booth, he collapsed from a heart attack.

But his loyal patrons set up a a GoFundMe page to save the old theater and help their friend.

By the time of the airing of Cowan’s report, the page had raised $6,000. Then, in a classic plot twist, not 90-minutes after the report, CBS viewers donated thousands of dollars. Soon, the fund was at $100,000.

A few days later, the fund topped $182,000 from thousands of donors from around the world. Most of the donations were the amount of a couple of movie tickets.

And the donor comments are so dear.

“Watched your beautiful story on YouTube. Loved the exchange of community love you all have.

I’m on a fixed income, from southern California but wanted to help still.

Much Love from Sunny California.”

“I donated because i was watching CBS this morning and i TRULY APPRECIATE the nostalgia of the theater and the HARD WORK that Craig is doing.

It’s like the scene from Capra’s It’s a Wonderful Life, when George Bailey sees the townspeople of Bedford Falls rally to help his failed savings and loan. The funds raised are nearing a quarter of a million dollars.

It is definitely a wonderful life when you think you have nothing, only to find out you’re surrounded by angels.