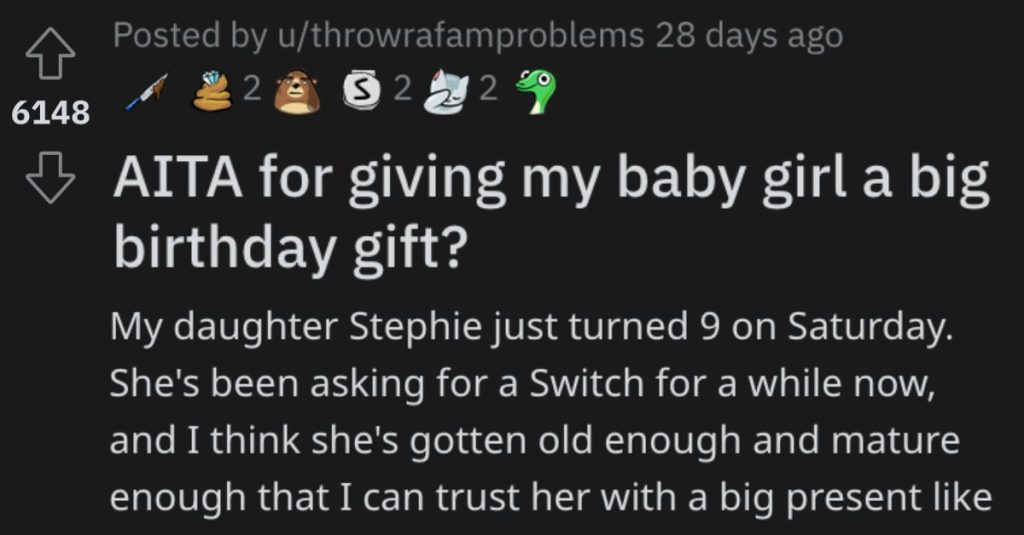 Someone Called Them a Show-off Because of the Gift They Gave Their Kid. Were They?

Why must people be one-uppers?

You see them everywhere and it seems like it’s some kind of compulsion with some folks.

And we got a doozy for you today, friends.

Take a look at this story from Reddit’s “Am I the A**hole?” page and you be the judge about whether this person acted like a jerk…

AITA for giving my baby girl a big birthday gift?

She’s been asking for a Switch for a while now, and I think she’s gotten old enough and mature enough that I can trust her with a big present like that. So the plan was always to give Stephie the Switch at her birthday party which was the same day. However, that ended up falling through. We ended up not being able to pick up the Switch until Sunday morning.

See, Stephie was invited to her classmate Jolene’s party on Sunday. So I figured that since we were still in the party spirit, I would just give Stephie the Switch after cake at Jolene’s party. Nothing more than that.

Just the unwrapping and then the spotlight would be right back on Jolene. Besides, the girls are friends so I figured it wouldn’t be a big deal. They’re 9, they’re old enough to understand this was an extenuating circumstance.

Or so I thought. Everything went as I had planned and I thought it went well, but after the party was over I got a call from Jolene’s mom essentially asking me what the hell I was thinking. That I was “undermining” her because she couldn’t afford something like a Switch for Jolene.

Correct me if I’m wrong but I have not raised Stephie to even really care about things like how much a present costs. Also, Jolene didn’t even care because she had numerous new things to play with, and Stephie shared her Switch with her so it seems to me like everyone made out well.

Jolene’s mom also called me petty and a show-off (she and I do not like one another and I won’t sugarcoat it, but I put that aside for the kids because our issues aren’t their fault, which Jolene’s mom is definitively not doing).

Husband says he gets where I was coming from but maybe should have at least waited until after Jolene’s presents were opened so she could have hers first. That’s fair but I’m not sure if that quite makes me an AH to Jolene.

This reader said straight-up that this person acted like an a**hole. 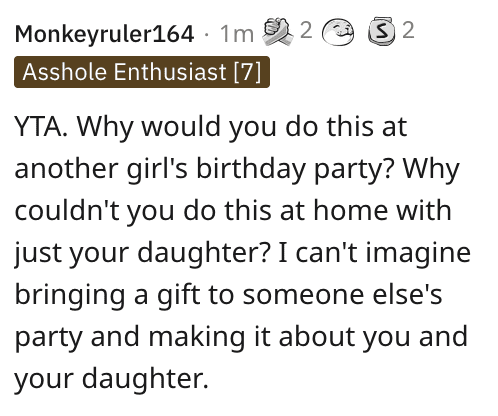 Another individual said that this person is obviously completely self-absorbed. 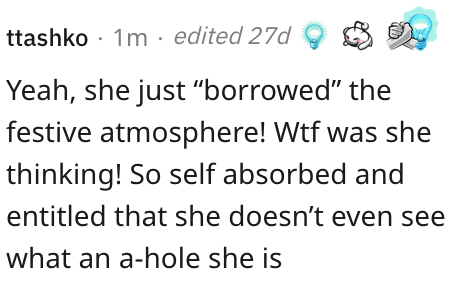 And this person said that this was very selfish and entitled behavior. 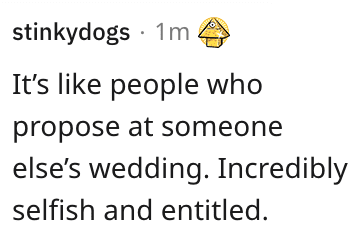 Lastly, this Reddit user said that this person admitted that she doesn’t like the other girl’s mom…hmmmm, sounds kind of fishy to me… 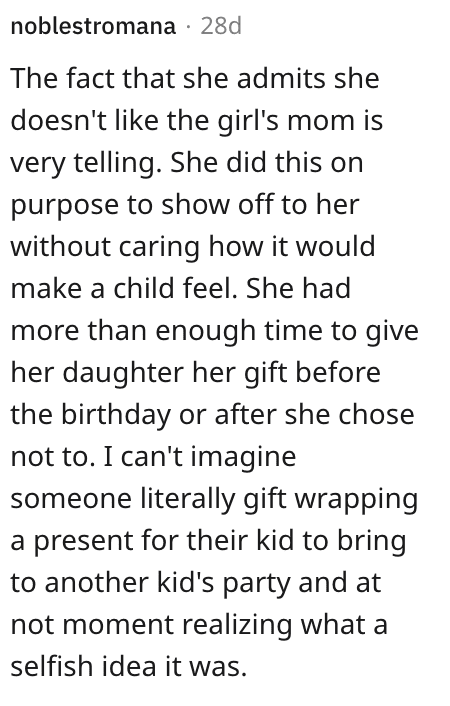