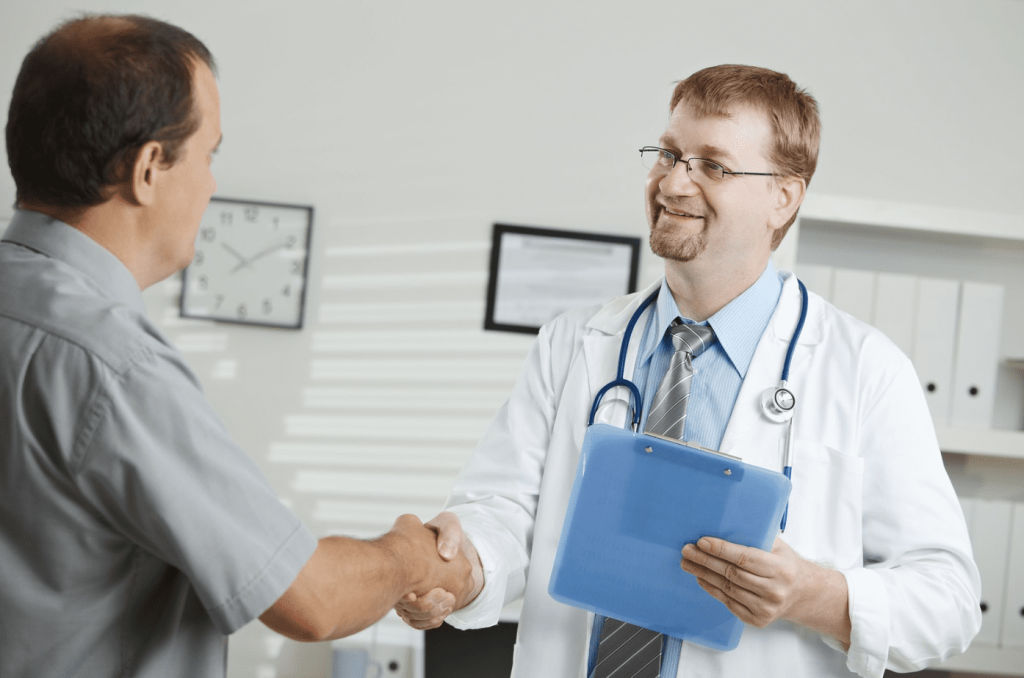 I have a friend who works as a nurse and she has told me some insane stories about the kinds of things that people have removed from their butts on a pretty regular basis.

I had no idea that this was such a common phenomenon! Yet, here we are…

“I was the patients family doc, and took care of him in the hospital for his short stay after. He had a cue ball get stuck. Not sure exactly what he thought would be the way to get it out. We had a lot of trouble getting it out.

The conversation of the surgeons trying to come up with a way to get it out was pretty hilarious.”

2. We live in a strange world.

3 lemons About a foot of broom handle A lightbulb (which did not survive is adventure) So many toilet brushes (inserted brush and handle first) A series of toothpicks Any number of bottles, aerosol cans, etc

A doctor I worked with once told a man, “It’s ok if you want to put things in your rectum. You just have to use the right things”.”

“A friend of my mine is a surgery resident and during one of her trauma shifts a meth head walked in with an incandescent light bulb in his colon… it was shoved in with the wide part first. They were dilating the rectum in an attempt to remove it and the resident in charge of the procedure managed to accidentally separate the metal base from the glass globe; which immediately shattered under the pressure if the colon. They had to perform a partial colectomy to resolve the complication. Meth is a hell of a drug.

A foreign body per rectum is a fairly common occurrence. In my time rotating in the ER the most common things have been yuca roots, avocados, shampoo bottles, etc. But that lightbulb story is still unmatched… I wouldn’t have believed it if I hadn’t seen the xray.”

“When I worked in the ER we had a guy come in with a 6 battery Maglite stuck up Main Street. The funny part is that it was inserted bulb out and it was turned ON.

So we laid him down prone and the doc spread his cheeks; then the room lit up like he just cracked open Marcellus Wallace’s briefcase.”

“Back when I was an ER tech, we had this guy come in with a full size bottle of VO5 shampoo up his butt. Of course he said he “fell on it in the shower.” You could clearly see it on the X-ray, it was pretty spectacular. The best part was he knew exactly what needed to be done to get it out, suggesting that this wasn’t the first time…he asked for conscious sedation and for someone to pull it out…well the ED doctor tried that, then tried to manually get it out with forceps, and was essentially elbow deep in this dude…but couldn’t get it.

He had to go to the operating room to get it taken out. I bumped into the surgeon a few days later and asked him how it went …he joked to me that “after we knocked him out, I grabbed a plunger out of the bathroom and got it out that way.” But then told me all he had to do was stick some suction up there till he felt it connect, and then slowly pulled it out.

According to the surgeon, this guy never presented any sort of identification or insurance card, and demanded to pay his entire bill before he left (usually takes some time for bills to get finalized). He paid it completely in cash, and then left via a taxi.”

“Not my story, my friend is a radiographer.

A guy came into the hospital with Barbie dolls up his butt. After scans, One came out without too much issue, but the other was too far up. They were worried that if it was pulled out, it’s arms would open and puncture the bowel. So they scheduled surgery, the x-ray staff waiting excitedly for news…

The surgeon then returned and with a serious voice announced: “ We’ve found Ken’.”

8. Another one who slipped and fell.

“Son of a Doctor here.

My dad removed an entire peeled sweet potato from someone’s colon once.

He swore that he had just slipped and fell on it.”

“I’ve seen a small size Fanta orange soda (can) get pulled straight out of a man’s rectum.”

“I once had a flatmate who was a nurse.

She had a patient who came in complaining of stomach pains, which was caused by the cucumber he’d shoved up his butt a couple of days earlier.

Apparently the smell caused by pickling a cucumber in your colon is extremely nasty.”

“On my surgery we had to remove a mini Nerf football from someone’s butt.

He kept apologizing and saying he wasn’t gay.

Later, the attending surgeon told us that it’s always the straight guys coming in with stuff up their butts and they always try explaining that they aren’t gay.”

The oddest one was literally nothing. Guy comes in complaining of something stuck up their butt by girlfriend. Er doctor feels and nothing there. X-ray and ct scan says maybe something there. I don’t feel anything. In the operating room I feel deeper and still nothing. Finally do a full colonoscopy and nothing there.”

“My favorite story was a guy who came in with an can of Glade up his butt.

What scent you ask? “Timeless Joy”.”

14. They shall remain nameless.

“My mom worked in the ER at John’s Hopkins back in the 70’s.

She pulled a Coke bottle out of a senator’s ass.

She refuses to say who though because ethics.”

“Wife is a surgeon resident. She’s had to remove a toilet brush from a man’s butt. When asked why it was up there he said he wondered how it would feel.

Turns out he also wondered about plungers and toothbrushes too.”

Well, that was a weird, wonderful, wild trip down the poop chute!

Which one did you find particularly crazy? Let us know in the comments!