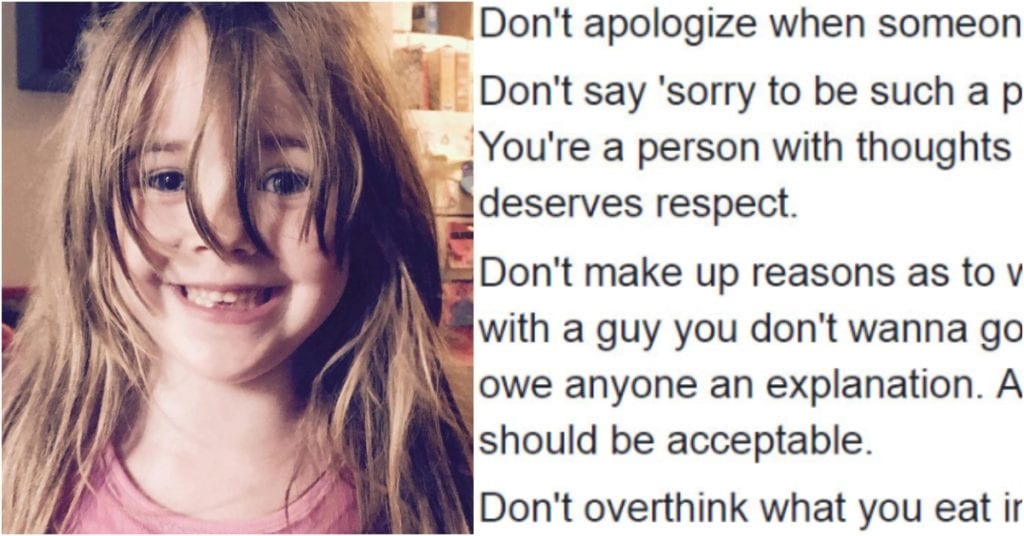 Toni Hammer is a mom who just wants what every other parent out there wants for their kids: for them to be happy and well-adjusted. And that’s why she wrote out a list of advice for her daughter to (hopefully) follow.

Before we get to the actual list of “don’ts”, Hammer explained that she wrote the posts based on her own experiences growing up.

This was Hammer’s message to her daughter:

Don’t apologize when someone else bumps into you.

Don’t say “sorry to be such a pain.” You’re not a pain. You’re a person with thoughts and feelings who deserves respect.

Don’t make up reasons as to why you can’t go out with a guy you don’t wanna go out with. You don’t owe anyone an explanation. A simple “no thanks” should be acceptable.

Don’t overthink what you eat in front of people. If you’re hungry, eat, and eat what you want. If you want pizza, don’t get a salad just because other people are around. Order the damn pizza.

Don’t keep your hair long to make someone else happy.

Don’t wear a dress if you don’t want to.

Don’t stay home because you don’t have anyone to go out with. Take yourself out. Have experiences by yourself and for yourself.

Don’t hold back your tears. Crying means you’re feeling something that needs to get out. It’s not a weakness. It’s being human.

Don’t smile because someone told you to.

Don’t be afraid to laugh at your own jokes.

Don’t hide your opinions. Speak up and speak loudly. You should be heard.

Don’t apologize for being who you are. Be brave and bold and beautiful. Be unapologetically you.”

Hammer’s post went viral, because why else would we be talking about?

To my daughter,Don't apologize when someone else bumps into you.Don't say "sorry to be such a pain." You're not a…

And other Facebook users shared their thoughts on the matter.

Because people on the internet have a lot of opinions.

Lots and lots of opinions…

Other folks had slightly different feelings on the matter. 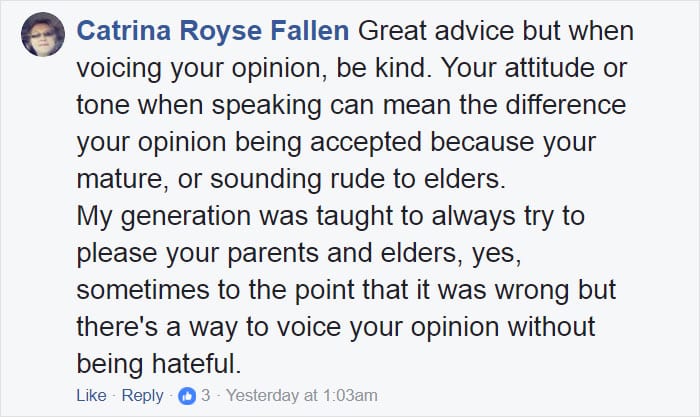 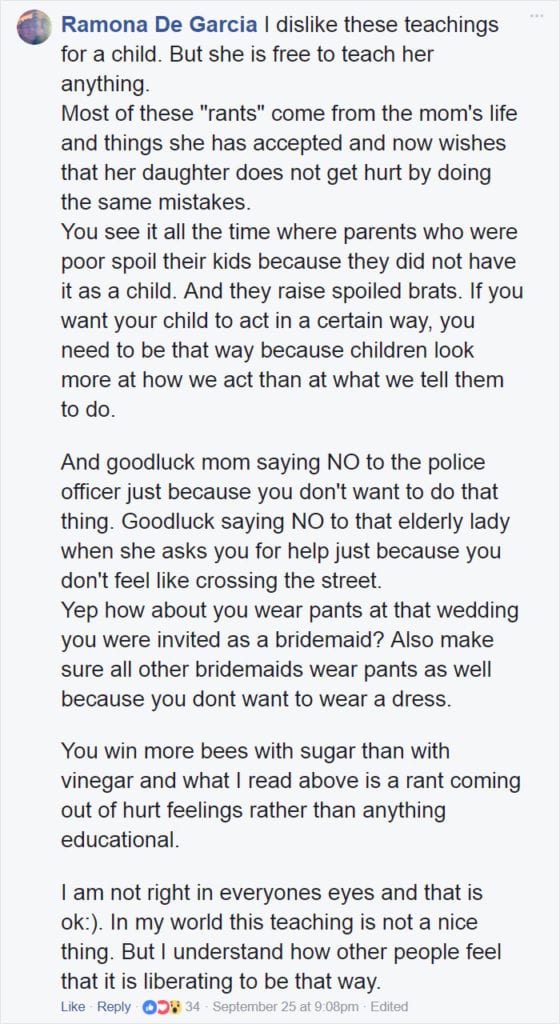 Do any of these thoughts resonate with you?

But not this one… 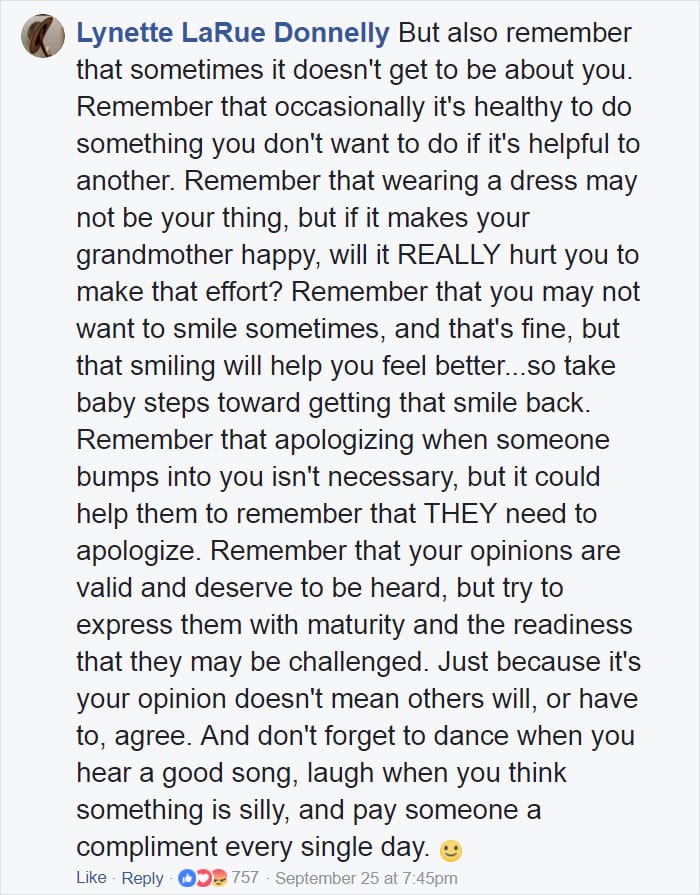