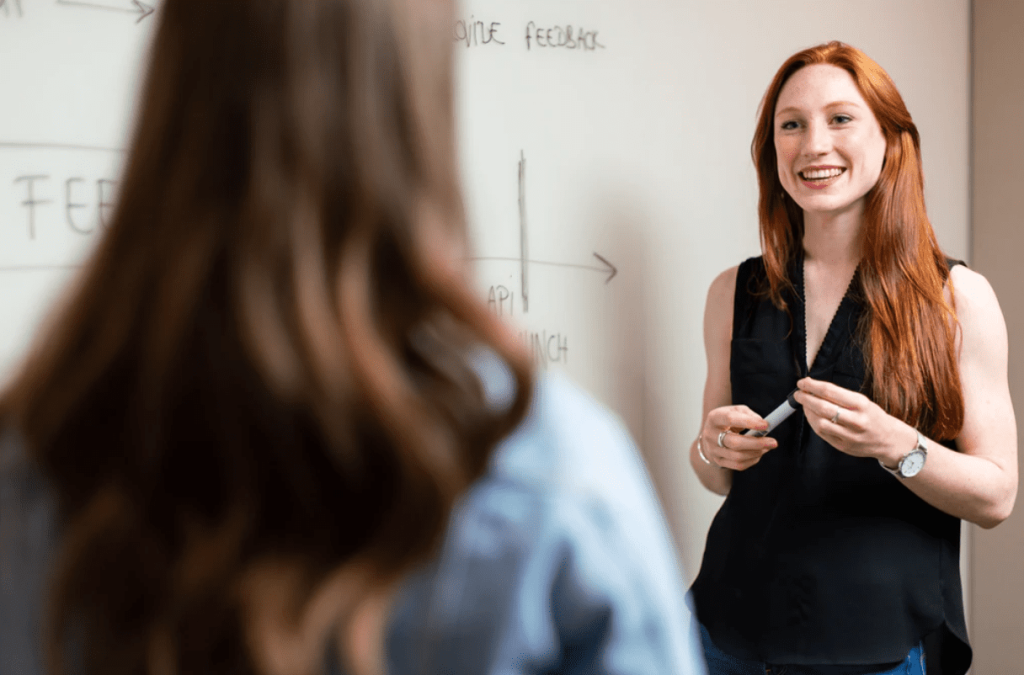 Do you think that everything that comes out of a teacher’s mouth is true? THINK AGAIN!

Teachers have to make stuff up on occasion to try to prove to their students that they shouldn’t do certain things…those stories are also known as LIES. But hey, they’re just doing their best, right?

Here are some funny stories from AskReddit users that we think you’ll enjoy.

“My first year of teaching I sold my entire class on the idea that my identical twin (also a teacher) would sometimes switch classes for the day. It challenged them to really pay attention and they loved coming up with theories (maybe one of us always wore pants?

Maybe that new haircut means it is actually my twin?). The kicker- I don’t have a twin at all.”

“I had a group of after school (daycare) kids at a park. They REALLY wanted to feed the ducks. We had no bread, it was getting late. I knew someone was gonna end up in the water. Plus… Well I thought it’d be funny…

And I hightailed it out of there. They all came running screaming after me.

Somewhere out there, there’s a group of* kids with a healthy respect for geese.”

“While I wasn’t a teacher in the traditional sense of the word, my first-ever job saw me offering swimming lessons to kids. For the most part, my students were well-behaved and attentive, but there were always those occasional individuals who felt the need to test boundaries.

One way that they did this was by slowly moving away from the pool’s shallow end, trying to see how far in to deep water they could get before I told them to come back.

Needless to say, it got a bit old.

Fortunately, there was a local rumor that I managed to exploit: Set into one wall of the pool (in the deep end), there was a large window, with nothing visible beyond it but darkness.

In truth, the space behind the plexiglass was just a room that housed the pool’s various cleaning mechanisms, but whispers from swimmers suggested that an enormous shark lived somewhere in the gloom. When I finally got fed up with a handful of rebellious students, I played up that hearsay for my own benefit:

That got their attention. “Shark?” one of them repeated. “What shark?”

I gestured over to the window, keeping a weary-but-serious expression on my face. “You know, the shark. Every pool has one. It helps to keep things clean… but if it gets upset…” I let the sentence go unfinished, and just a hint of concern crept onto my face.

Now, I really doubt that any of the children took me seriously, but my warning had its intended effect. Perhaps it was just the possibility of angering a deep-sea predator that kept them in check. Either way, I didn’t have any problems with my charges slinking away after that… and I was also able to offer a fun promise for the end of class:

“If everyone behaves,” I told them, “we can all go and very quietly visit the shark on the last day of lessons.”

I was true to my word… and I still smile when I remember how one of my students whispered “I can see it!””

4. Be careful on social media…

“This was a decade ago and I’m no longer a teacher in classrooms. I used to make up stories about social media being a tool to harvest data, and encourage them to avoid sharing sensitive content online, as it can be used against them.

One story I made up was about how if the student used a fake name on mySpace, but you write about your school/places you go, someone can easily piece together who they were. Another story I would tell is how a livejournal post was used to convict the kid of a crime. Totally pulled those stories out of my ass.”

“I remembered one specifically. In our country we have vaccine days where the government hospital sends a bunch of nurses to your school and everyone gets a shot. I was 7 IIRC.

So the nurse had like a demonstration in front of the class to clam everyone down and needs a volunteer. Welp I was the problem child and the teacher sent me in. Before I got up to the nurse, the teacher pulled me aside and secretly told me that of I cry, the nurse might mess up the shot and has to take a second shot again. She tells me whatever I do, do not cry.

Anyways, I went up tears already streaming down my face scared shirtless because this teacher told me that I’m gonna get 2 shots if I cried. The nurse was like “wtf I haven’t started yet” I just broke down and say “please don’t give me 2 shots” the nurse was nice enough to say she didn’t bring enough for seconds and tell me not to worry.

She saw me brighten up and I took the shot happily. Then while the needle is still in me hanging off my arm she brought me closer to everyone and told them to take a look. And says that the needle is harmless and painless and told everyone not to worry.

My mind was like ‘am I a fucking joke to everyone’.”

6. Use it to your advantage.

“I cut my finger off when I was 4. I am constantly using it to pass my agenda. “Don’t slam doors, you could lose a finger”

“Watch where you’re cutting, you could lose a finger”

“You have to wear gloves, you could get frostbite and lose a finger”

Except when you can’t even remember what story too told whom and they all are telling you the different versions.”

“Not a teacher, but a camp counselor. I helped lead archery instruction sometimes, and I have a little round scar, smaller than a dime, on my torso.

When I told them about range safety (shooting only when told, not pointing your bow at others, and not shooting when there’s someone on the range), I showed them my scar and said that I got shot once last year when I was collecting arrows and someone shot down the range anyway.

I actually got the scar from frying tofu without a shirt on.”

8. That got them to behave.

“Paw Patrol wouldn’t be shown anymore because Ryder heard our class was being bad.

3 kiddos shaped up right then and there.”

“Not a teacher but a camp counselor.

For obvious reasons we hated letting the kids use glitter but the camp insisted on supplying it. We told the kids that one of the counselors was super allergic to glitter and that’s why we couldn’t use it.

All whining about glitter stopped.”

“I’ve yet to have to lie to stop my students, but I have gotten them to do stuff by lying.

This summer they’ve been into Bigfoot, so I get them to clean the playground by saying “that silly bigfoot left a mess! We need to show him how we clean up, so he can learn how to do it too”. They are convinced that bigfoot has no manners and hangs out near our school so he can learn, but he’s too shy to ask in person.

While babysitting I convinced my cousins to leave my cat alone by insisting he had naptime so we had to be quiet and stay out of my room.”

“When I was young we had a kid in our class with special needs who had…inappropriate tendencies. I remember one time the teacher told him, in kid friendly speak:

‘Don’t pull your dingus out when you’re not in the bathroom otherwise a sparrow might fly away with it.'”

12. Scaring kids with this for decades.

“It’ll go on your PERMANENT RECORD!

There is no permanent record. No one gives a shit what you did in 6th grade.”

“My teacher told us she literally took a student to court for stealing a bag of chips and the student had to pay like a $100 fine or something.”

Hahaha, those are pretty good.

Has this ever happened in your life?

Either as a teacher or a student?