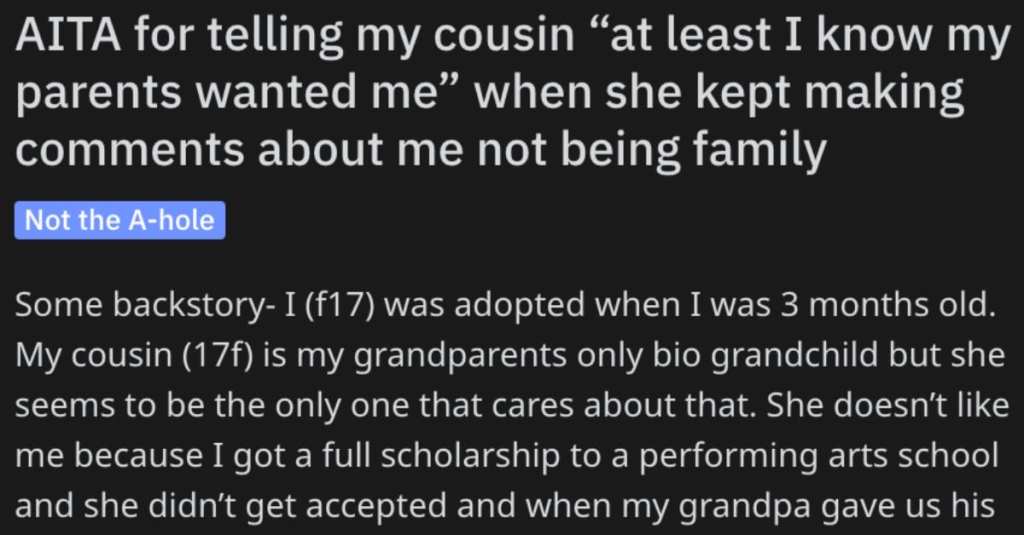 Teenage Girl Gets in Fight With Cousin About Being Adopted, But Did She Say the Wrong Thing?

Things can get pretty ugly during the heat of the moment. Know what I’m saying?

We all say things we regret sometimes, but this teenage girl thinks she might have gone a little bit too far during an argument with her cousin.

Let’s see what she had to say on Reddit’s “Am I the *sshole?” page.

My cousin (17f) is my grandparents only bio grandchild but she seems to be the only one that cares about that. She doesn’t like me because I got a full scholarship to a performing arts school and she didn’t get accepted and when my grandpa gave us his cars I got the “better” one.

We had a family dinner last week and my grandparents asked about my bf. My grandma jokingly asked when we’re getting married because she wants a great grandchild. I laughed and said it’ll be a while and my cousin cut in and said “they probably want a REAL great grandchild anyway”. I brushed it off and kept talking to my grandma.

When we were about to have dessert my grandpa realized he forgot to get ice cream asked me to drive into town and buy some. My cousin made another comment about how she’s the only real family member so she should’ve gotten the “good car”.

My grandpa told her to shut up and that I got the new car because I help them out and come to visit them almost every day and she doesn’t.

After dessert my grandpa said we should take my sister (14) to the backyard and teach her how to drive the golf cart. I agreed and told her I was driving that thing into town to run errands all the time when I was her age. My grandpa then told her maybe if she likes driving it he’ll give it to her.

My cousin lost it. She started screeching that it’s not fair that we get everything and we’re not even their real family. That p*ssed me off because she said it in front of my youngest sister (4) and made her cry so I snapped at her and said “at least we know our family wanted us”. Cousin screamed and stormed off and my sisters got more ice cream.

My grandparents think that was hilarious and I was totally in the right. My dad also thinks I’m in the right but my mom thinks that was mean and I should apologize so I wanted to know if I was the *sshole?”

And here’s how folks responded.

This person said that the cousin had it coming and you can only be disrespectful to people for so long before you get a taste of your own medicine. 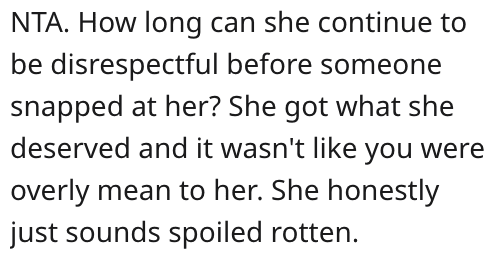 Another reader commended the girl for sticking up for her family. Bravo! 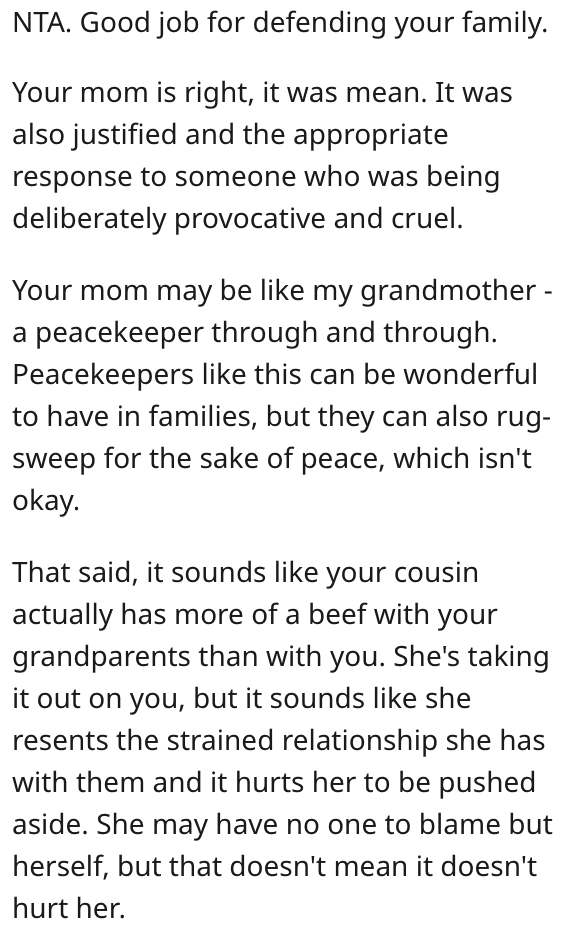 This reader thinks that what the girl said to her cousin wasn’t mean, it was actually TRUE. 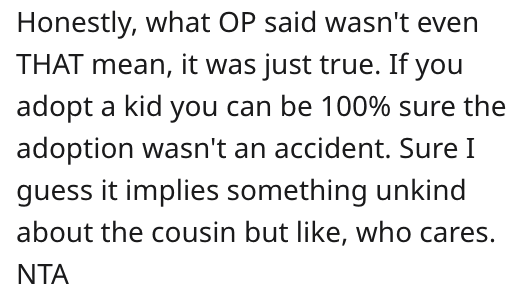 Finally, this person said that maybe she doesn’t get the special treatment from the grandparents because she’s a B-R-A-T. Make sense, right? 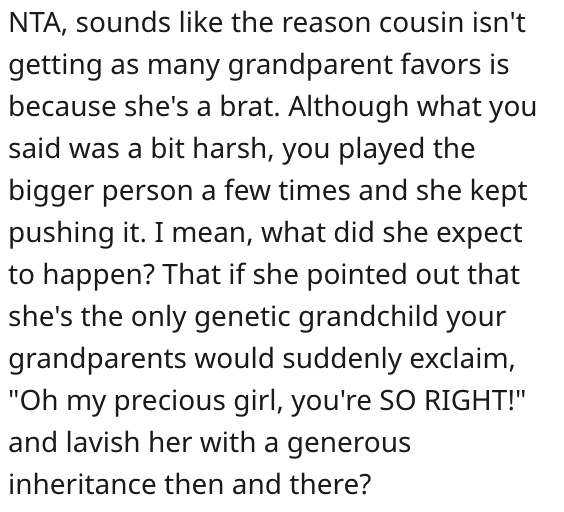 Was this girl wrong for what she said?

Tell us what you think in the comments. Thanks!