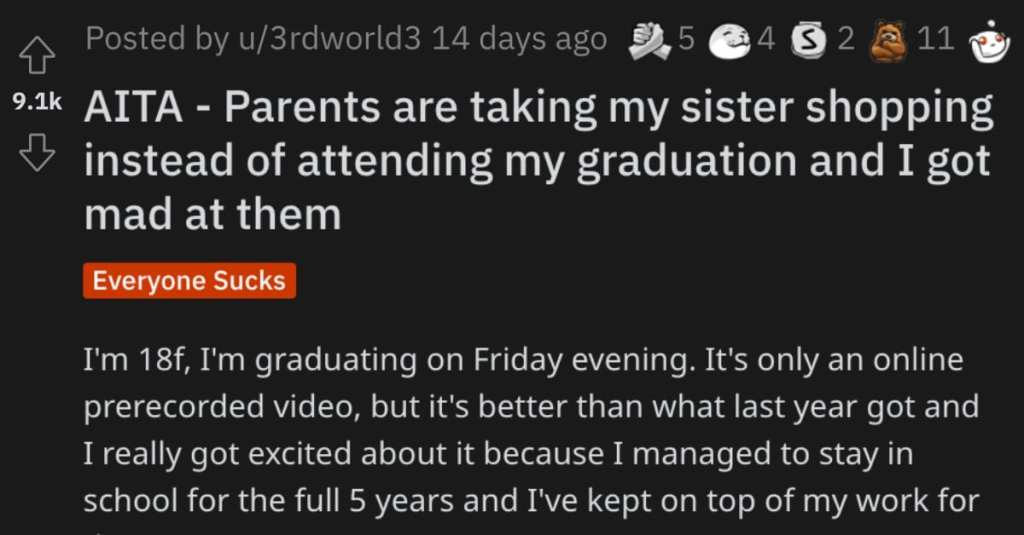 Graduating from high school is a big day for all young people and you would think that parents and other family members would be jazzed to witness such an event.

But a young woman who just graduated took to Reddit’s “Am I The A**hole?” page to ask if she was wrong to get mad at her own parents for skipping her ceremony.

AITA? Parents are taking my sister shopping instead of attending my graduation and I got mad at them.

It’s only an online prerecorded video, but it’s better than what last year got and I really got excited about it because I managed to stay in school for the full 5 years and I’ve kept on top of my work for the most part.

My sister is 14f, we’re polar opposites. The best way I can describe how different we are is in terms of clothing style because that’s whats relevant.

She’s currently wearing a women’s best set with a nike hoodie and about 3 pounds of makeup and orange fake tan, I’m wearing a pair of Dickies, a vest top and a cardigan I found in my nanas wardrobe and I’m not orange or plastered in makeup. She’s a lot higher maintenance clothes and beauty wise and normally it doesn’t bother me.

Recently, a clothing retailer here opened up and is taking shopping appointments, that’s how desperately some people want clothes. My sister is one of them people, so my stepdad booked an appointment and got one for Friday evening and it overlaps with my graduation video. I was thinking it was fine, and they’d probably just not go since it was important to me to have family at the one normalish thing I’ve had in well over a year.

I was wrong, they’re still going. I got really angry last night when they told me, I said a lot of nasty things, one included calling my sister a kn*cker, and a chav.

No one is talking to me at the moment, they think I’m overreacting and that I’m an a**hole for blowing up like this since all my sister’s clothes have come from online since December and she hasn’t gotten to see anything in person.

Wow…this is a really tricky one…let’s see how people reacted.

This person said that everyone in this whole situation is to blame and is behaving badly. 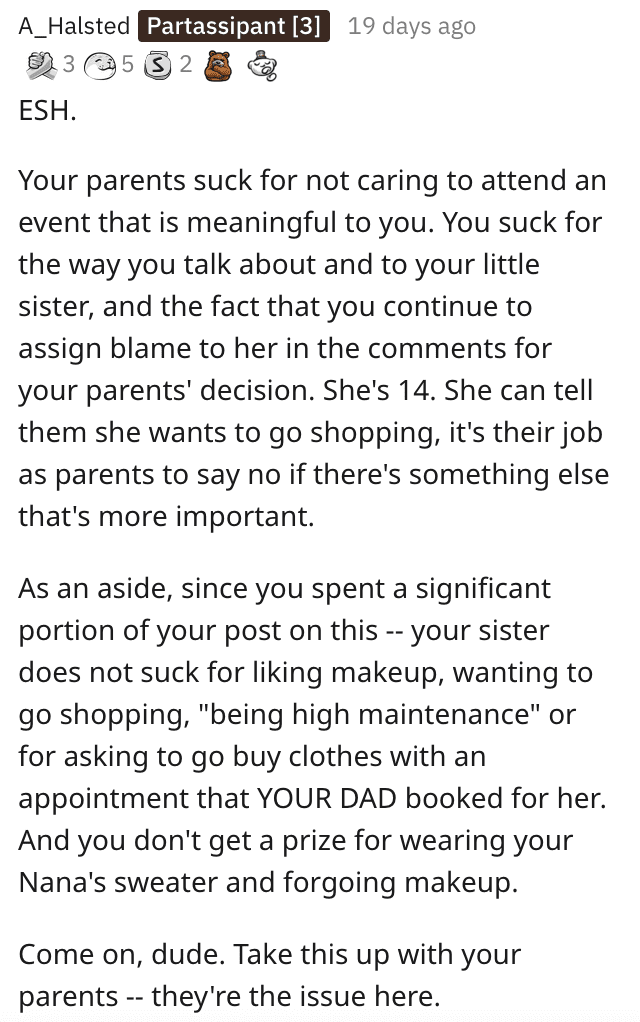 Another Reddit user argued that the young woman is only 18-years-old and went so far as to say that she’s being mentally abused. 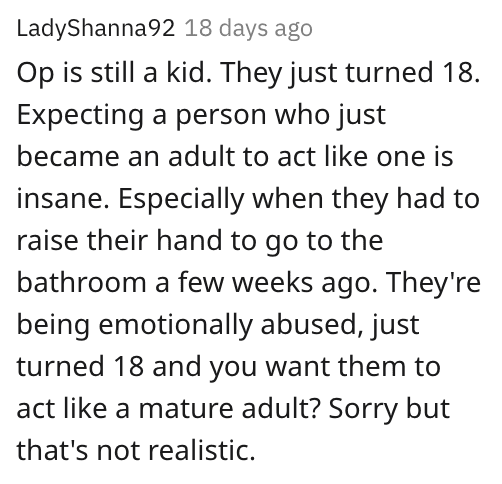 This reader said that the teenager should not have taken all her anger out on her younger sister, who is just a kid, too. 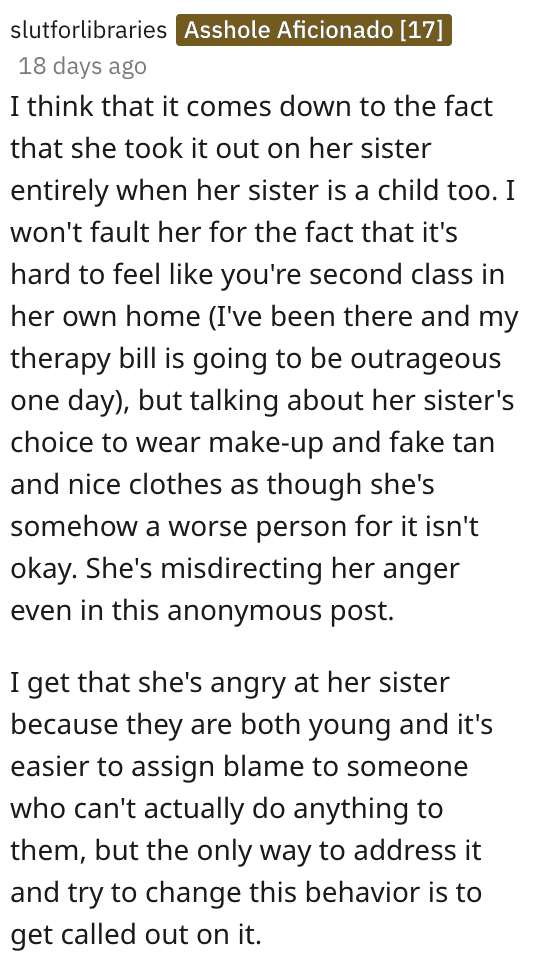 Finally, another Reddit user said that the young woman was not to blame in this situation and that the parents are definitely at fault. 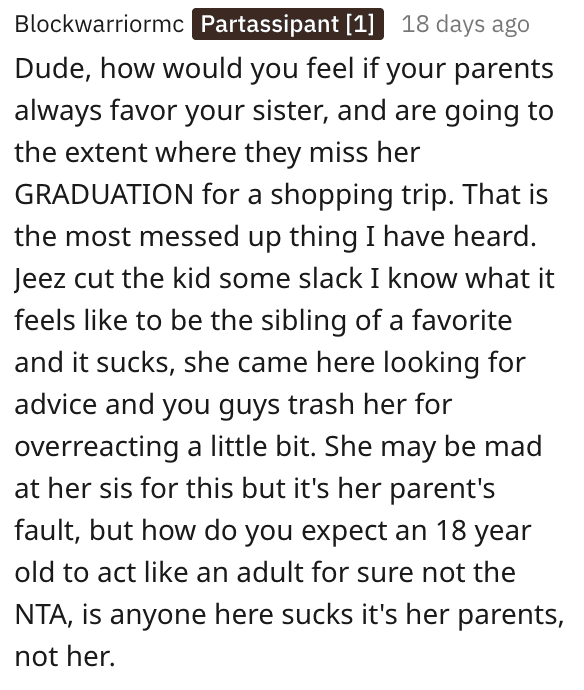