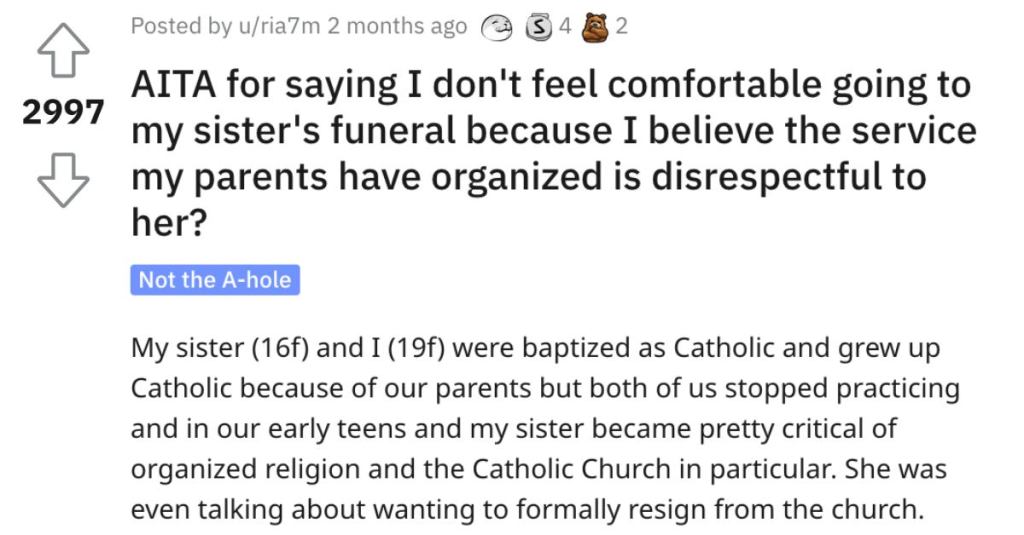 This is a sad story…

It involves family tragedy and some serious family conflict…

Read on to see what you think about this post from Reddit’s “Am I the A**hole?” page and we’ll see you in the comments.

AITA for saying I don’t feel comfortable going to my sister’s funeral because I believe the service my parents have organized is disrespectful to her?

“My sister (16f) and I (19f) were baptized as Catholic and grew up Catholic because of our parents but both of us stopped practicing and in our early teens and my sister became pretty critical of organized religion and the Catholic Church in particular. She was even talking about wanting to formally resign from the church.

My sister passed away on Thursday, and my parents made arrangements for a Catholic wake and funeral. The wake was yesterday, and the Catholic elements made me so uncomfortable because I knew my sister would have h**ed it so much. It felt so disrespectful to her.

My parents knew about her beliefs, and I’d reminded them that Catholic funeral rites would be inappropriate for her when they were planning the wake and funeral, and they totally disregarded it.

The funeral is tomorrow, and I told my parents I don’t want to attend. I don’t think I can sit through a full Catholic funeral mass for someone I know would have been deeply offended by having a funeral mass held for them. I said I’d just do something to honor her privately, in a non-religious way, by myself.

My parents are very offended and angry. They say I’m disrespecting my sister by not going to the funeral, but I think it would be disrespectful for me to go knowing it’s not the kind of funeral she would have wanted.

My parents also say I’d be hurting them and the rest of the family by not showing up to for them during such a difficult time, and by deliberately causing drama. I’m not trying to cause drama, and I don’t plan on telling anyone but my parents why I’m not going, I just don’t feel comfortable going.

This reader said that this young woman was not the a**hole. 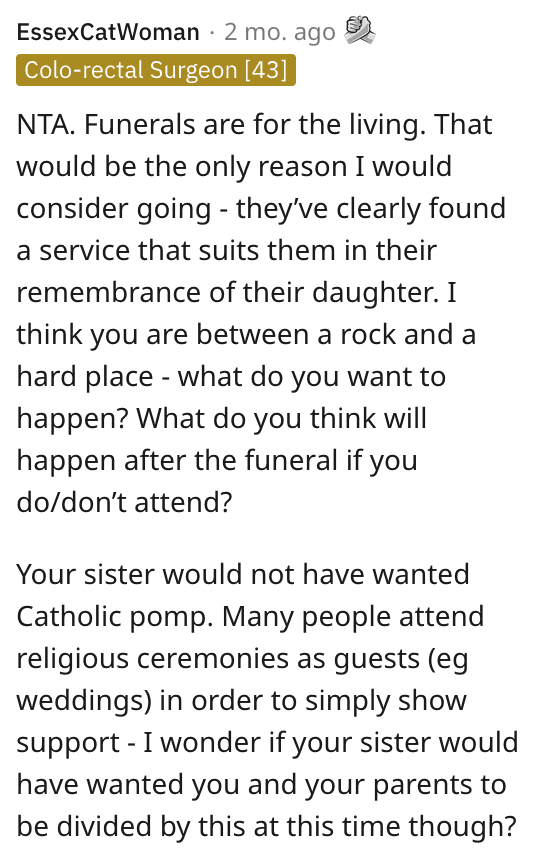 And another Reddit user said that the woman needs to figure out what’s best for HER in this situation. 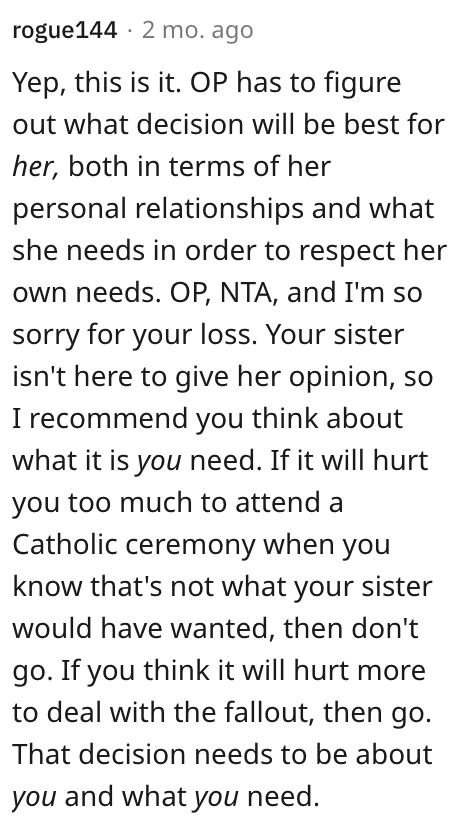 And another individual said that if going to the funeral isn’t going to comfort her during this difficult time, she shouldn’t go. 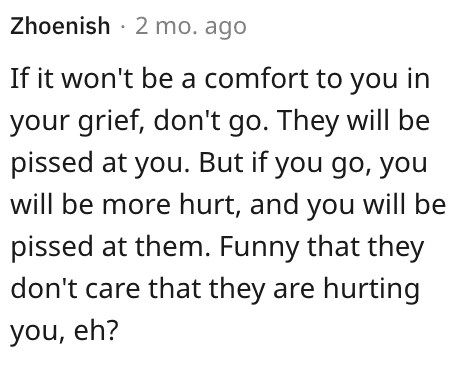