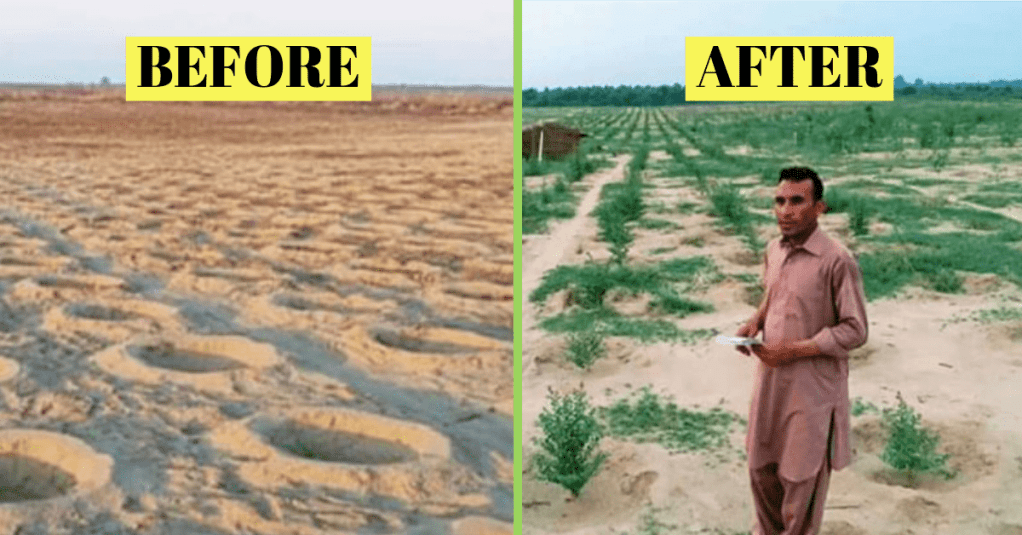 Climate change is a major cause for concern, and if we don’t turn things around sooner than later, we could be headed for disaster.

One way to combat climate change is to plant more trees. In the past few years, dozens of tree-planting initiatives have “taken root” around the globe. Even in the face of COVID-19, these initiatives have continued toward their goal of planting as much greenery as possible.

The 10 Billion Tree Tsunami, the largest ever tree plantation project in Pakistan, is one such initiative. A recent Twitter update on the progress that’s been made in the country has blown the collective mind of the Internet.

Check out these amazing before and after shots of the Balloki Nature Reserve near Lahore in Punjab shared by Malik Amin Aslam, Pakistan’s Advisor to the Prime Minister and Federal Minister of Climate Change.

Was a treat to visit #BallokiNatureReserve #Lahore after a year – #PMIK @ImranKhanPTI inaugurated this in 2019 as part of #10BillionTreeTsunami and the plantation results in a year are phenomenal – #Change and #NayaPakistan IA pic.twitter.com/H8dtvRDXty

This government project was put together to increase reforestation in the country by planting ten billion trees within five years.

Trees are essential to the planet’s ecosystem—they protect soil from degrading and regulate water, mitigate floods, and enrich areas around them.

Also, with more trees in the mix, crops are more resilient to extremes in temperatures.

Aerial view of Liberty's Miyawaki Urban Forest. Alhamdulillah this project turned out to be a success and now multiple such projects are in pipeline which will go a long way in implementing PM @ImranKhanPTI 's vision of #CleanAndGreenPakistan pic.twitter.com/i9BZOzumfH

A whopping 350,000 hectares of trees have been planted all over Pakistan, and there are now 3,500 green enclosures in state-owned forests.

#PMIK @ImranKhanPTI promised to transform #Kundian forest – this is the progress in 6 months Mashallah pic.twitter.com/iRCRnqO8bX

In 2020, the goal was to plant 250 million saplings around the country, but we don’t know if that number was met due to COVID-19 restrictions.

In the meantime, there’s a still lot of greenery to enjoy!

What are you doing to combat climate change in your corner of the world? Let us know in the comments below!