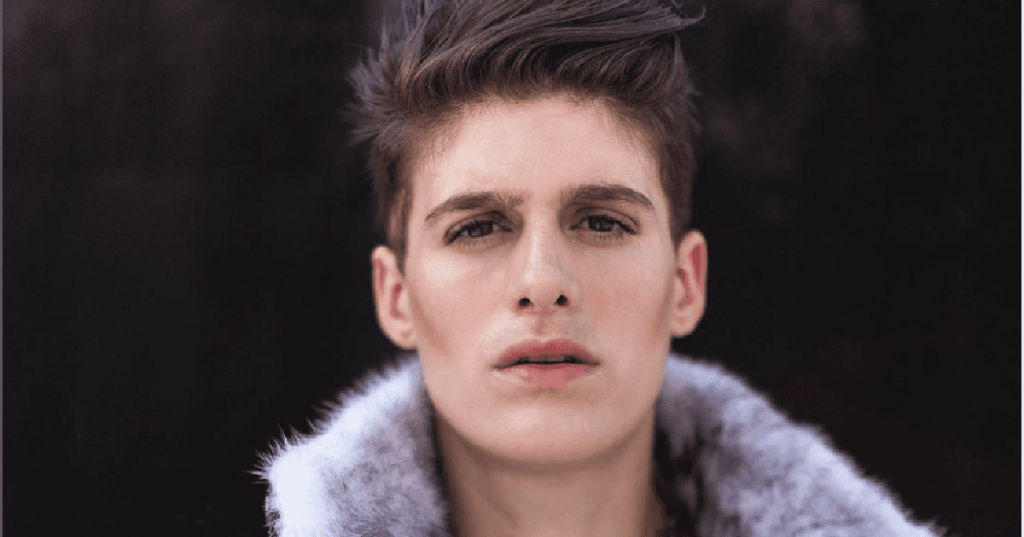 I love the fact that we’re working toward a society where people are allowed to define their gender as they see fit – it’s never been true that every person feels like one or the other, and life has always been full of gray areas, even if some people prefer not to see them.

That said, there are way too many people out there still clinging to “the way they were raised,” probably because sometimes black and white is about security as much as it is actual beliefs.

Which is what Rain Dove, a gender non-conforming model, is dealing with from some parents who insist on referring to them as a “pervert” – though they really have a pitch-perfect response.

In an Instagram post, they talk a lot about not only their style, but about their passion for inspiring and educating others about gender fluidity.

“I’ve never really cared about pronouns for my own descriptors. The idea that in order to refer to me in a sentence, people have to affiliate me with a division of society and its historical relevance is exhausting. I am I.”

Though Rain receives more than their fair share of transphobic and other ignorant hate online, they’re graceful about how they respond – as they did with this parent, who reached out originally blaming Rain for their daughter’s desire to “be a boy.” 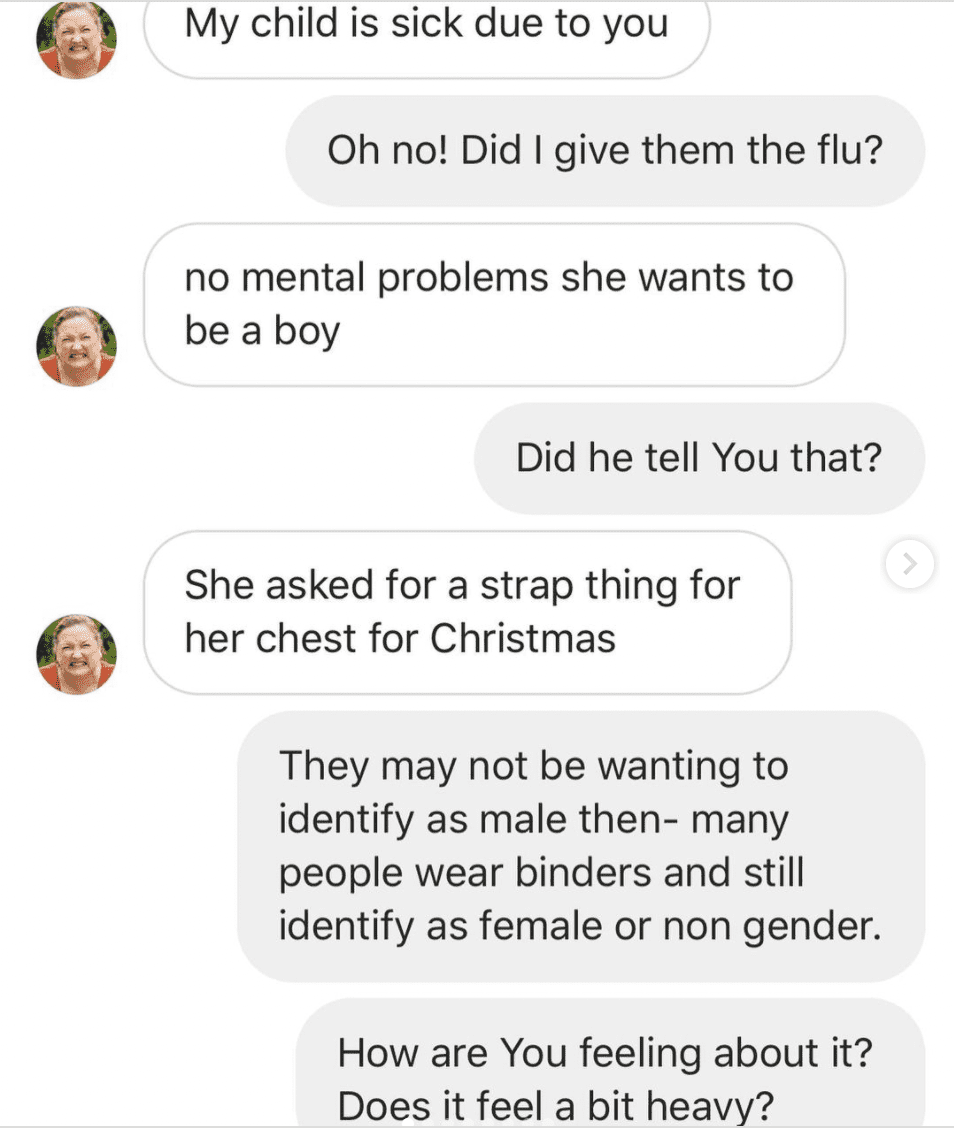 They thought Rain was responsible for their child’s “mental problems” in wanting a “strap” for their chest as a gift.

Instead of responding in anger or with a smart comment, Rain busted out some compassion instead, noting that the parent must care a lot about their child and that’s what compelled them to reach out for more understanding. 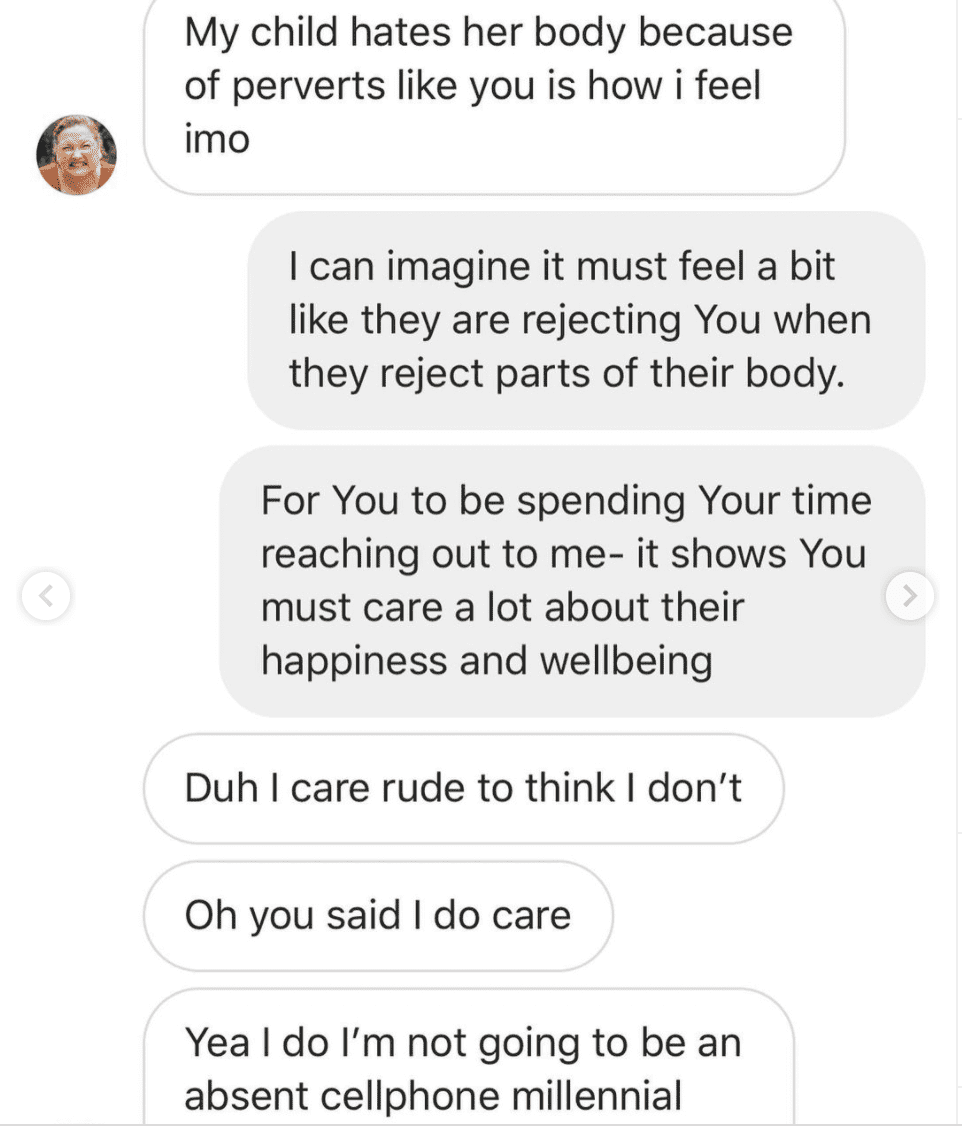 A second comment about their child being lucky to have such a protective parent seemed to catch the harasser off-guard, which is when a real exchange of information began to take place. 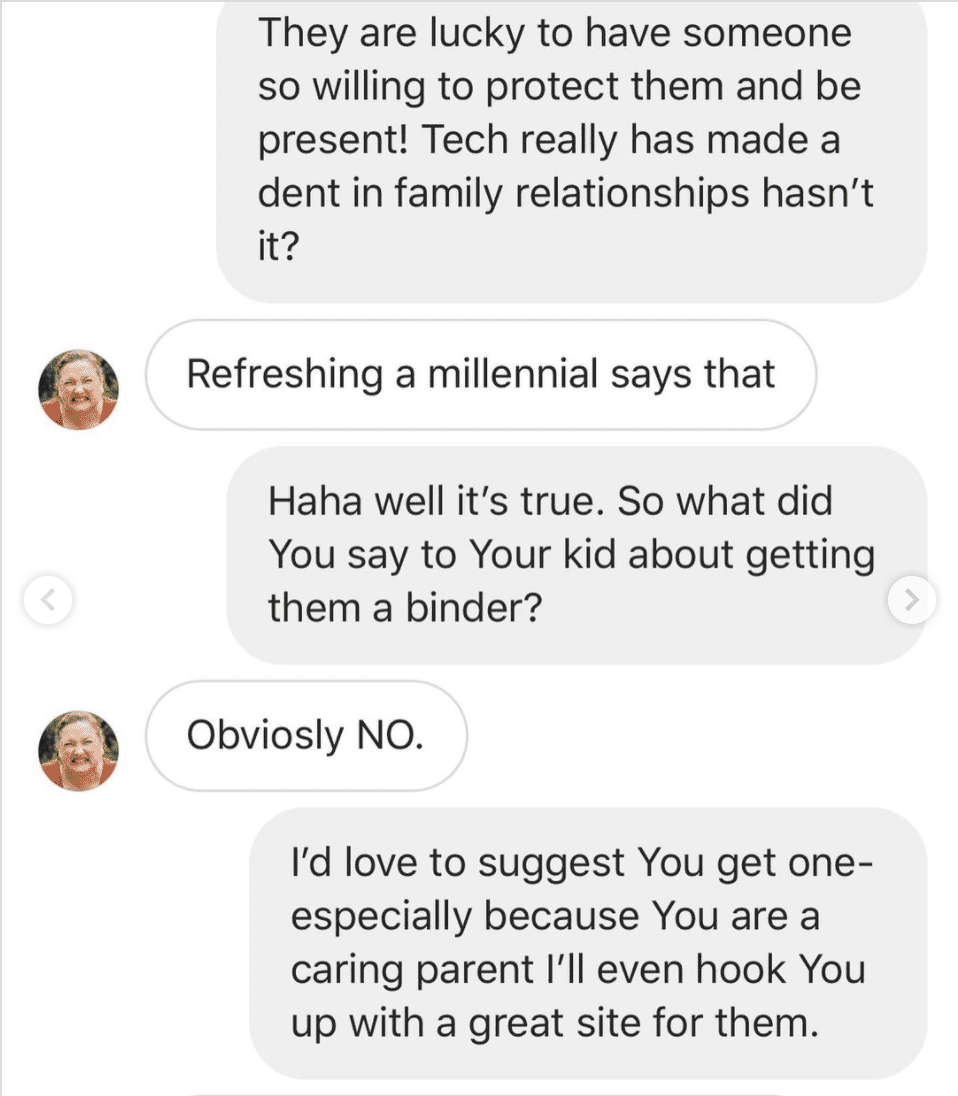 Rain took the time to explain that chest binding isn’t about hating their body, and that they may not even want to be a boy if they’re asking for one – and also that a real binder is a safer option that choices they might be left to on their own. 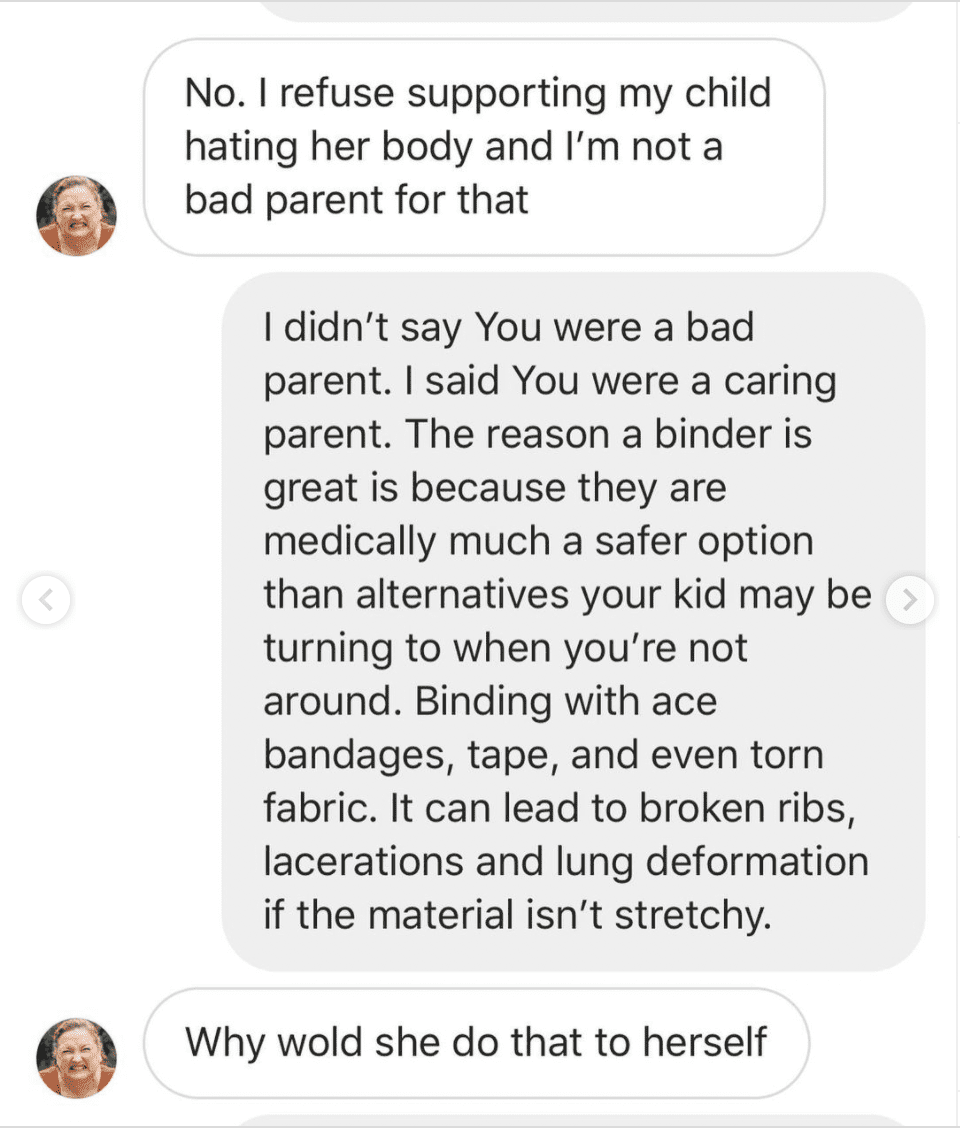 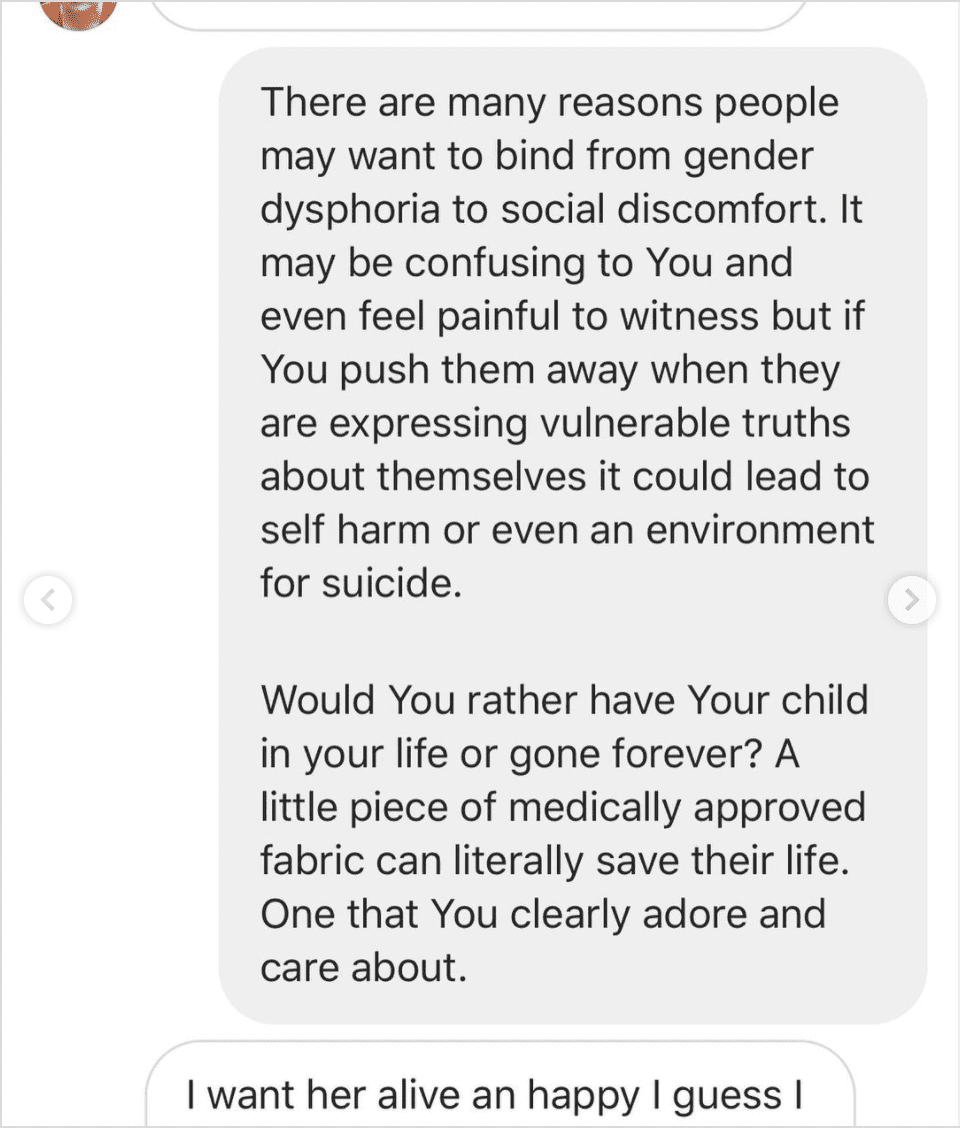 The parent began to ask questions about the safety of the device, which they also answered, and Rain even offered to be a resource for any further questions down the line. 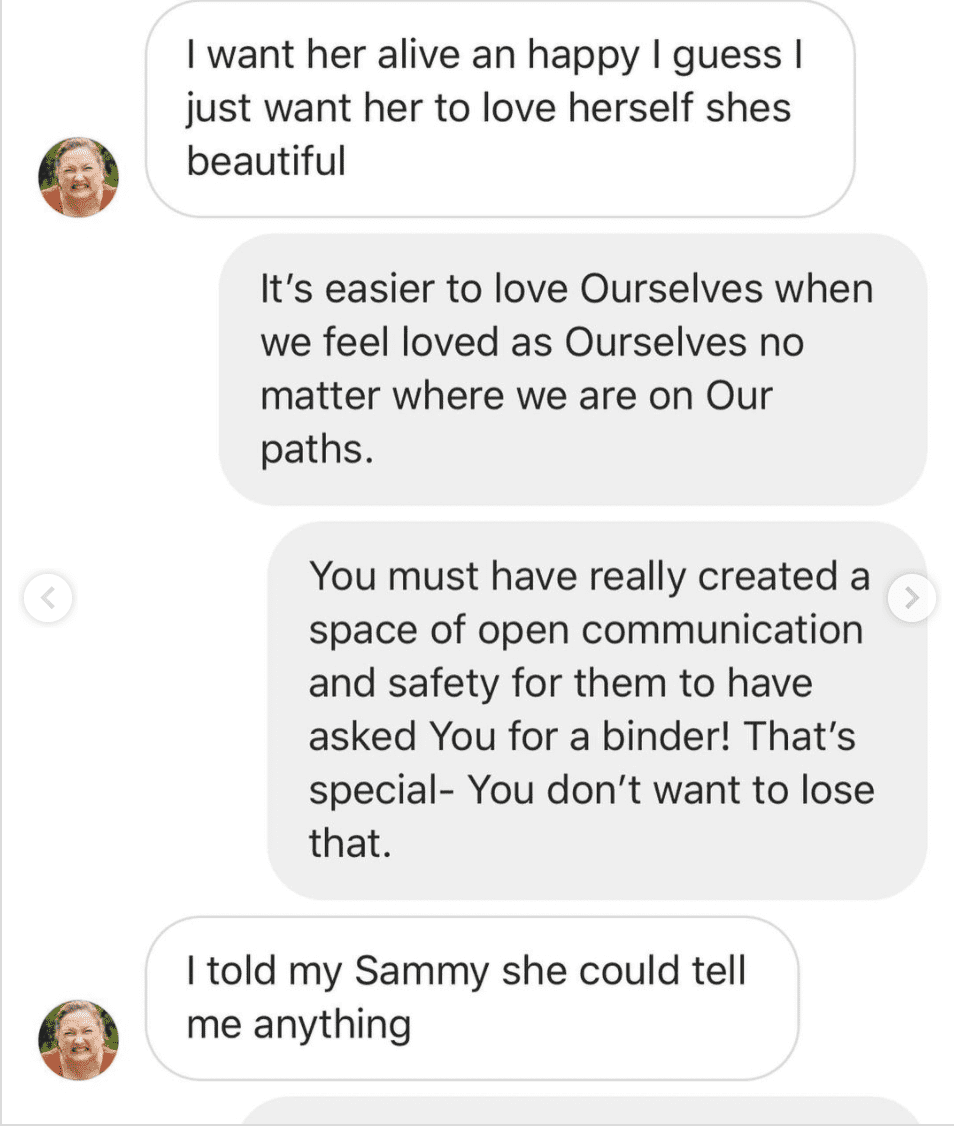 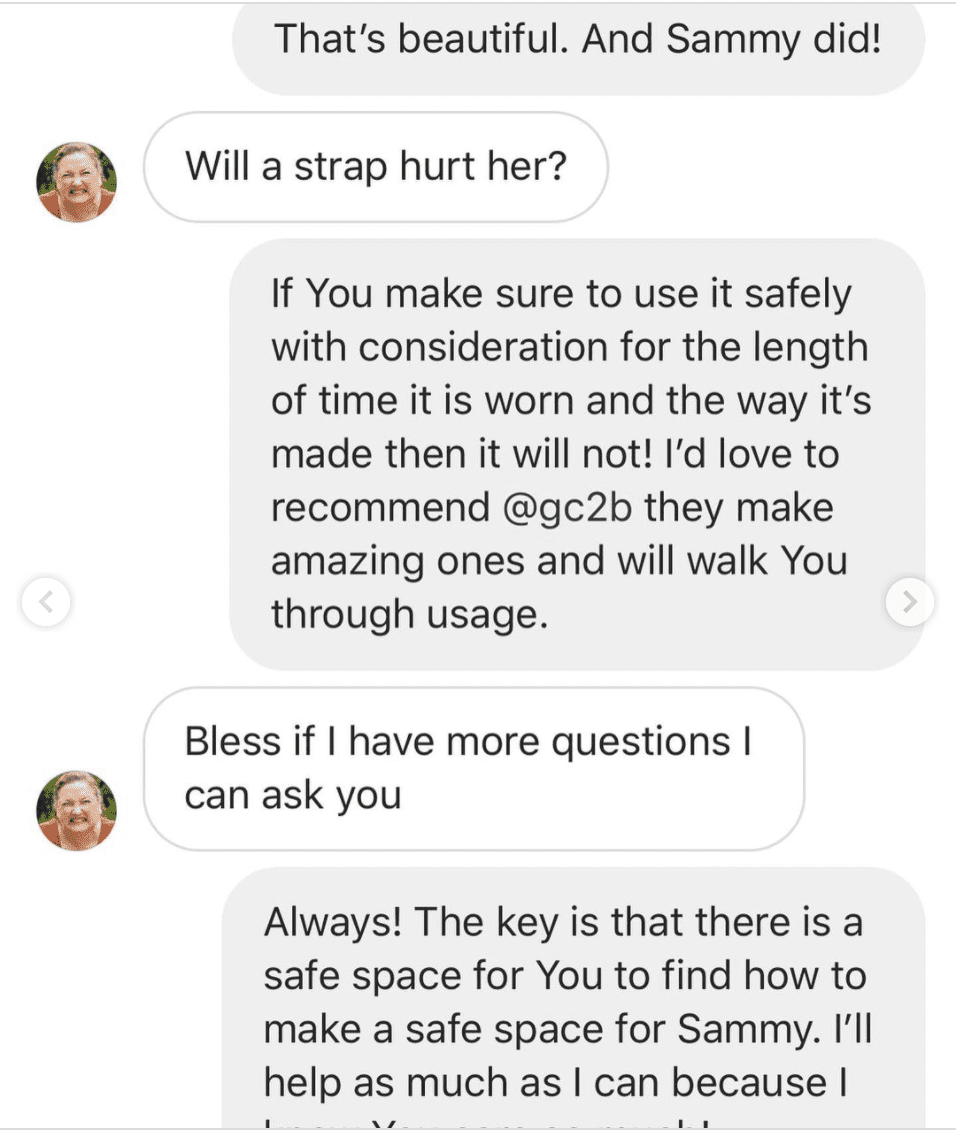 By the end of the interaction the parent was thanking Rain for their input and for not being angry at the way the conversation began. 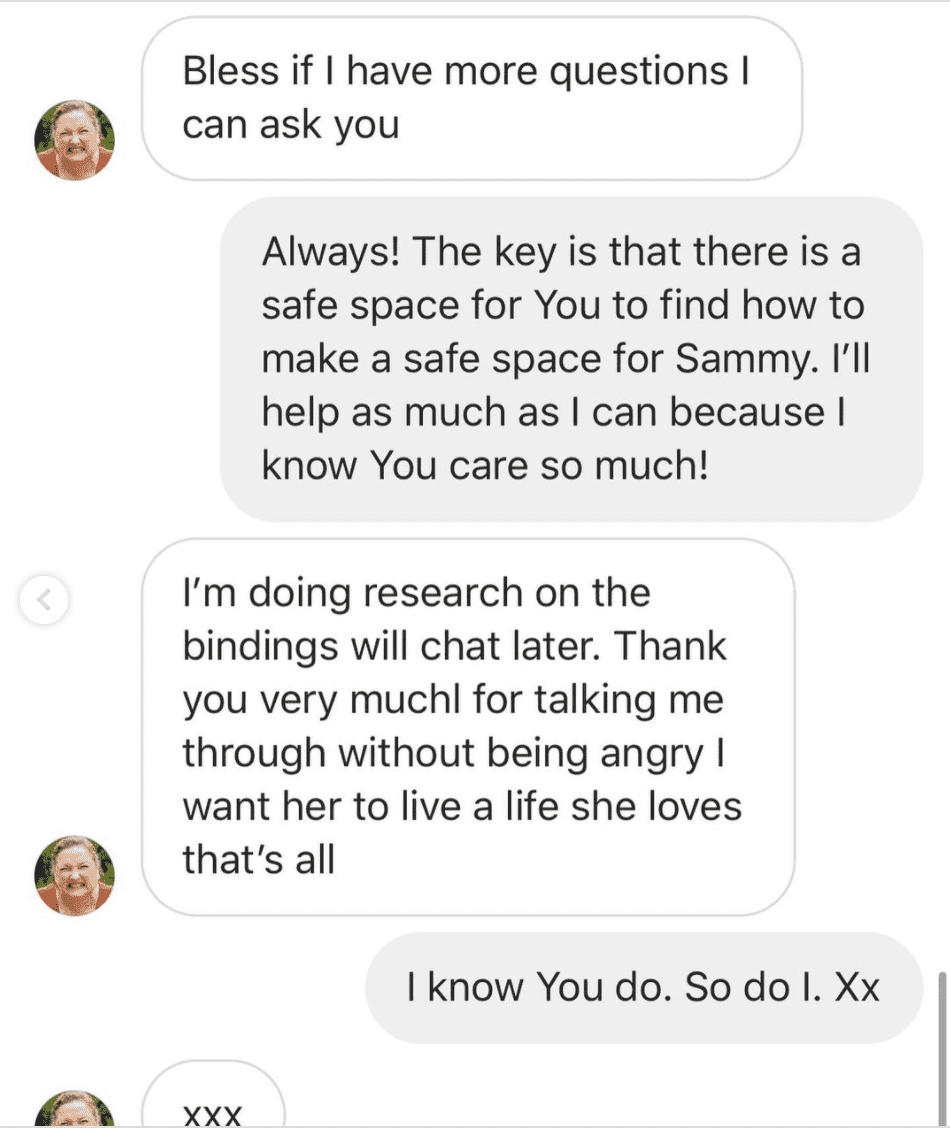 In the caption Rain reiterated the truth about binders and why they can be a great option for kids who are still exploring their gender identity.

Parents I promise that a professional binder is a safer option for your teen than alternatives they might be using. Getting them one as a gift can be life saving. A great brand and resource is @gc2b they even recently gave me a whole box to donate when in SA.

Binding ones chest can be a dangerous thing- especially when using alternative options like I used to do. Ace bandage and duct tape lead to skin tearing, fractured ribs and I even passed out once after taking off the binding from the oxygen rushing into my system again. I have models I’ve worked with who will testify times in which they saw my body distorted after inappropriate binding practices.

People bind for many reasons. It’s not always identity or dysphoria related. Especially people with larger breasts have expressed binding has been lifesaving in functional terms.
Binding CAN be lifesaving and ease much anxiety. I must note that it alone won’t make someone feel complete in their existence.

NOTE: Sammys parent gave me permission to post this convo! Always important to make sure You have permission! The photo is not their real face.

Regardless of your own gender identity, I think we could all strive to be more like Rain Dove when it comes to dealing with other human beings with compassion and love.

After all, you most often get what you give.