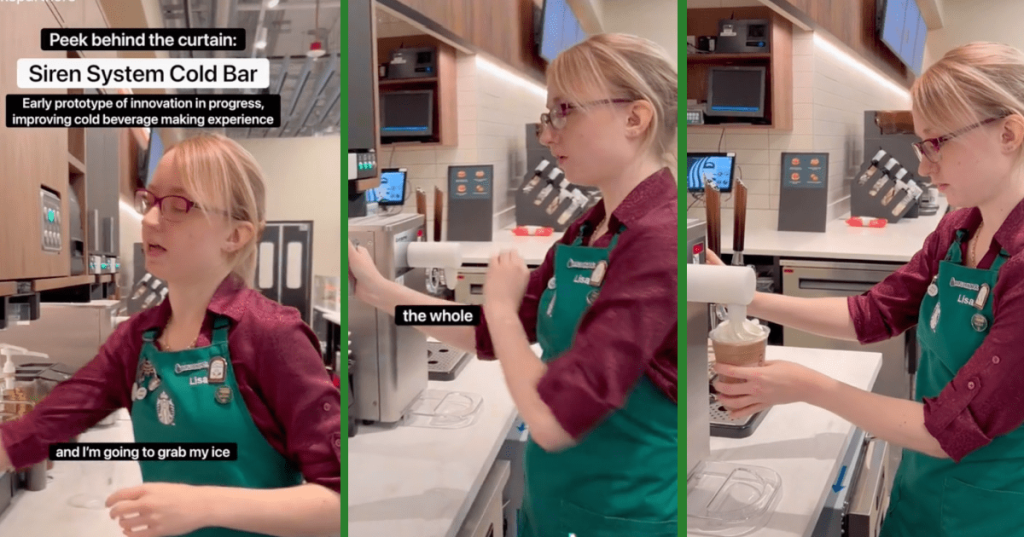 The Starbucks Automated Drink Station That Has Everyone Talking

It’s impossible to not realize by now that automation is what waits for us all in the future. Jobs that can be fully automated will be, and for the ones that remain, companies will think first of their bottom line, not their employees, and automate everything they can.

Starbucks has consistently ranked among the best companies to work for, but now even they are wading into some treacherous waters with their new Siren System Cold Bar.

The controversy began when Starbucks’ Partners TikTok account – the account that’s dedicated to employees, or partners, not customers – revealed a prototype of the new automated drink station.

According to a September press release, the Siren Systems Cold Bar is just one part of a bigger reinvention plan intended to (according to Starbucks) alleviate many of the daily struggles partners face.

They believe this system would ease congestion, reduce required steps and the time to make certain beverages. 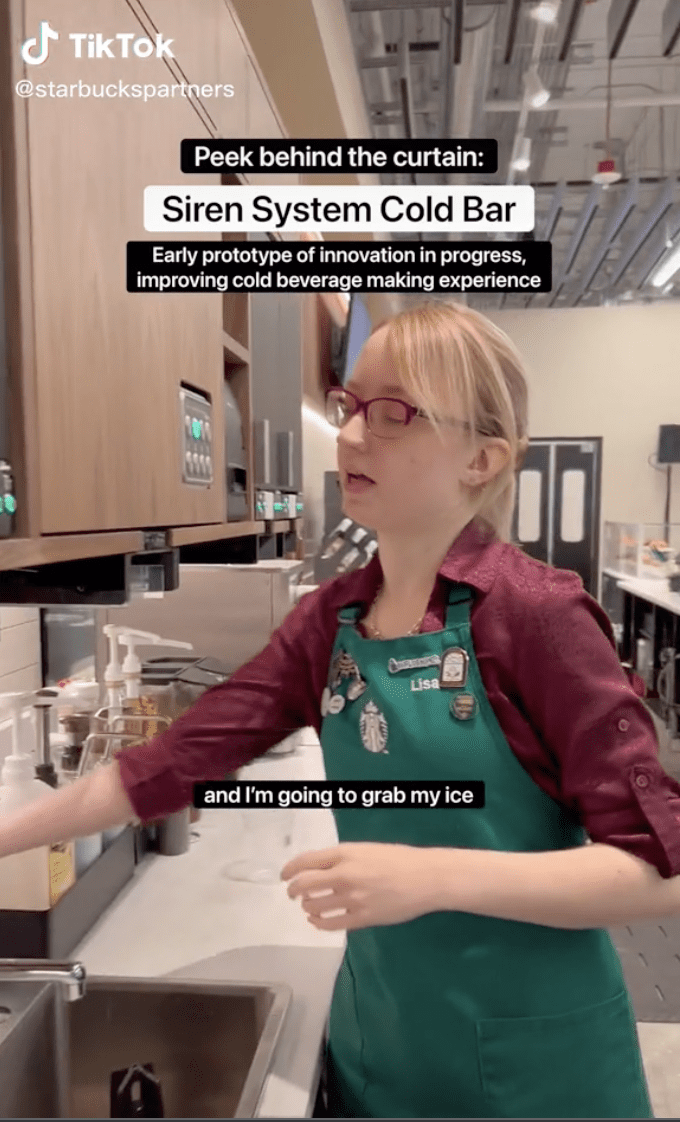 According to many of the 3.6 million people who viewed and commented on the video, though, partners fear the system will do the opposite – slow them down, increase wait times, and further complicate what is already a messy workflow.

The video shows a partner using the machine to make a Frappuccino, and several steps in the process are done through automated dispensers built into the cabinetry.

It pre-measures and adds ice and milk, then dispenses ingredients into quantities appropriate for the size and style of beverage selected.

The pinned comments on the video are all positive, but you don’t have to dig far to get to the comments from employees who have some very real concerns about whether or not this is a good idea at all. 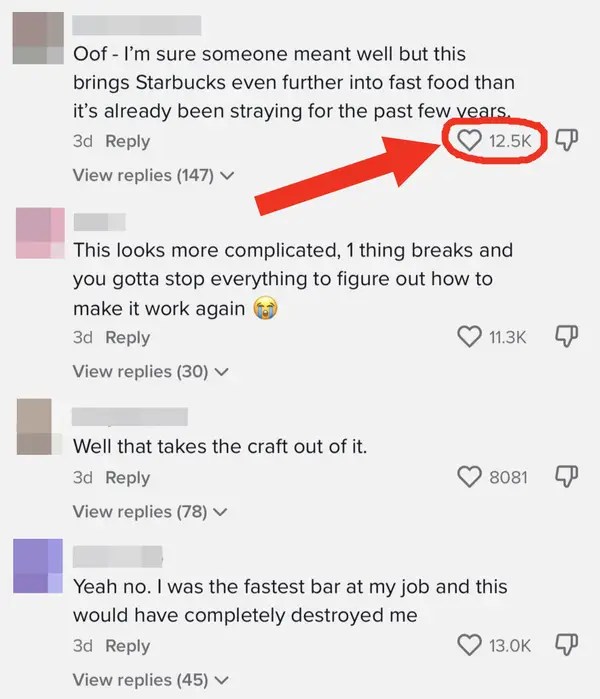 One excellent point was that many locations would need multiple systems to be able to keep up during peak hours.

Another pointed out that drink customizations would be more arduous – and given that 2 in 3 drinks ask for a custom component, this is a very real concern.

More than a few others definitely seemed frustrated that Starbucks would choose to spend their money here while ignoring unionization efforts and lobbying for better pay and benefits across the board. 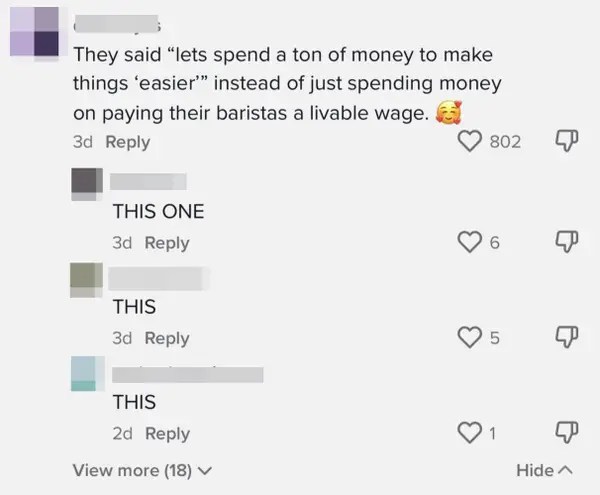 All of this also begs the question of craft, which is one reason so many people patronize Starbucks in the first place. We could go to a gas station and push a button to get a “cappuccino” but most of us don’t – we go to Starbucks, order it the way we like it, and feel reasonably confident that an experienced barista is going to give us a hand-crafted beverage that will improve our day.

It’s just not going to have the same cache if it comes from a machine, right?

What do you think?We’d love to hear your thoughts in the comments, especially if you’re a partner!