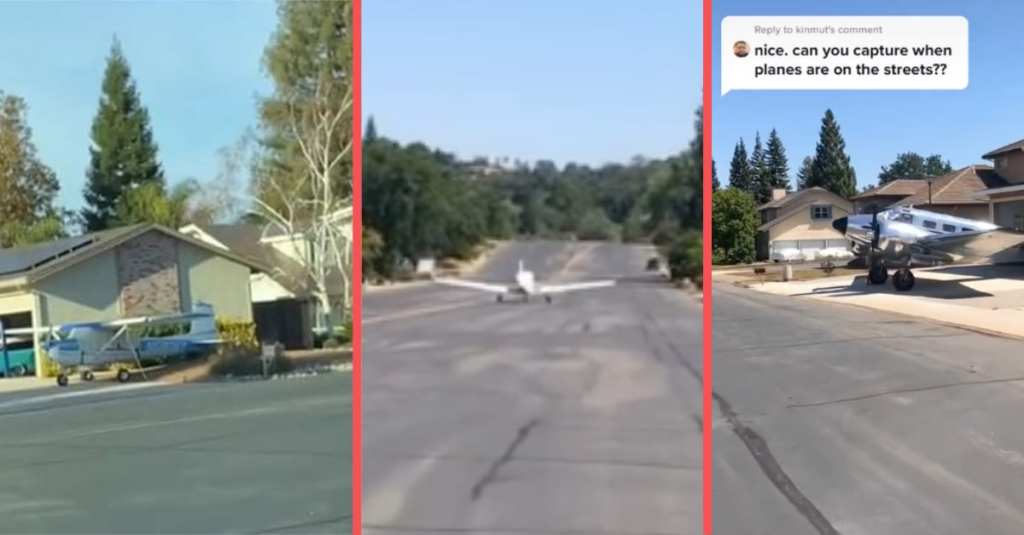 There Are Over 600 Fly-In Neighborhoods in the U.S. Where You Can Park Your Plane in Your Own Driveway

Several years ago, I decided to treat my dad to an item on his bucket list.

He had always wanted to fly in a hot air balloon, but since my mom wasn’t interested in joining him, he didn’t expect it to happen.

Well, although I don’t much care for heights (or flying), I decided that I couldn’t let my dad miss out on such an adventure, so for his birthday I arranged a hot air balloon ride.

We went out to a rural part of the state where our balloon pilot lived and launched his balloons from his own front yard.

Even more amazing than that, there was a big grassy runway down the middle of his neighborhood, where all the families in the neighborhood could take off in their private planes!

I had never heard of such a thing, but apparently residential airparks, or fly-in communities, are actually more common than I would have ever imagined.

In fact, late last year, TikTok mom Sara Cormier, under the handle @TheSoulFamily posted a video about one such community near Cameron Park Airport in California, and it kind of blew the Internet’s mind. 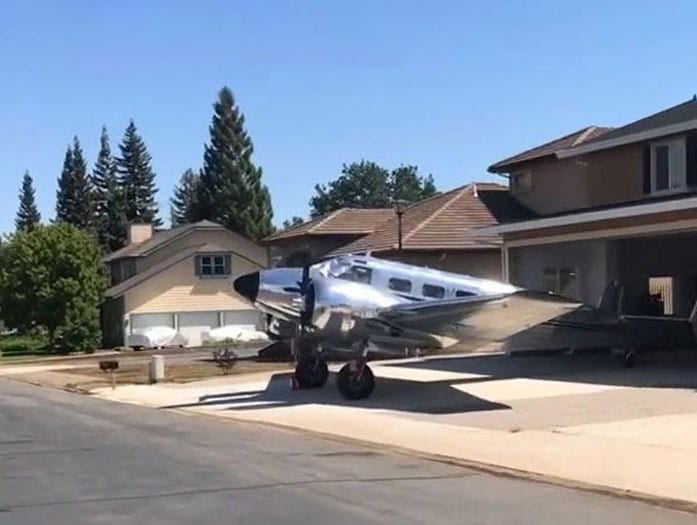 According to Bored Panda, these residential airparks sprouted up after WWII because so many veterans had been trained as pilots during the war.

Flying enthusiasts flock to these communities, and because it’s super convenient, they don’t even have to store their planes at the airport–they actually have hangars right in their homes alongside car garages.

In her video, Sara shows how the streets of these neighborhoods are built wide enough so that the planes can actually just taxi right to the airport for take-off.

“Every road is ginormous. It’s almost as if you have no idea where you should even be driving.”

They’re so wide, in fact, that not only can a plane with a substantial wingspan drive down them, but there is room for cars to share the roads too. 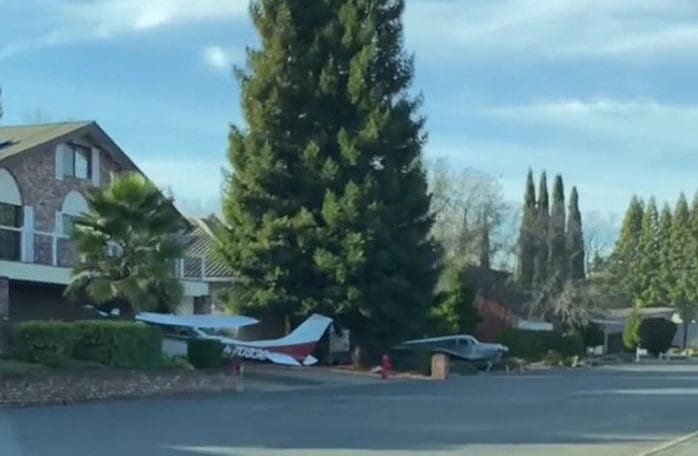 The street signs and mailboxes are lower than normal so that the planes won’t knock them down with their wings, and the streets have names related to aviation, like Boeing Road.

I’m kind of obsessed with this now.

In her first video, which has been viewed almost 5 million times, Sara wasn’t lucky enough to catch a plane out on the road that day.

Have you seen a neighborhood like this? #aviation #airplane #airport #takeoff #hanger

But after one commenter asked her to try and get one on video, she was more than happy to oblige.

Reply to @kinmut here you go!

In addition to these plane videos, Sara also posts a lot of other wholesome content, like her sons giving food reviews and her own personal advice to parents hoping to adopt.

One of her boys wears a NASA hoodie pretty frequently, so I think maybe the aviation bug is contagious.

What do you think of these airport neighborhoods? Does it kind of make you want to move out to the country and learn to fly? Tell us in the comments!