These best friends said they got the same haircut to trick their teacher so she wouldn’t be able to tell them apart.

This is the story of two best friends, Jax and Reddy. Jax and his mom were talking about getting a haircut to tame his wild hair. Jax said he wanted to get his hair shaved short so he would look just like his best friend. He was excited to go to school and confuse his teacher, who wouldn’t be able to tell them apart once he had the same haircut.

For reference, here are Jax and Reddy before the haircut:

This morning Jax and I were discussing his wild hair. I told him that he needed a haircut this weekend. He said that…

And after the haircut: 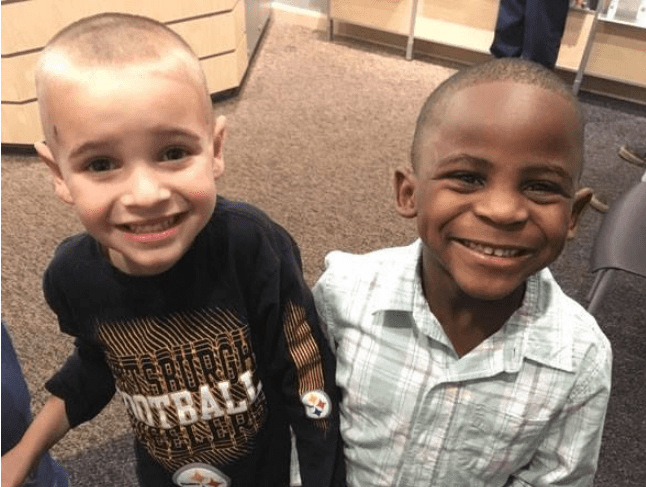 Internet users had to look carefully, but they could spot a few differences between these two tricksters.

Maybe we should all be a little more like Jax and Reddy, looking beyond our differences and seeing where we’re alike, and lifting up one another in friendship.