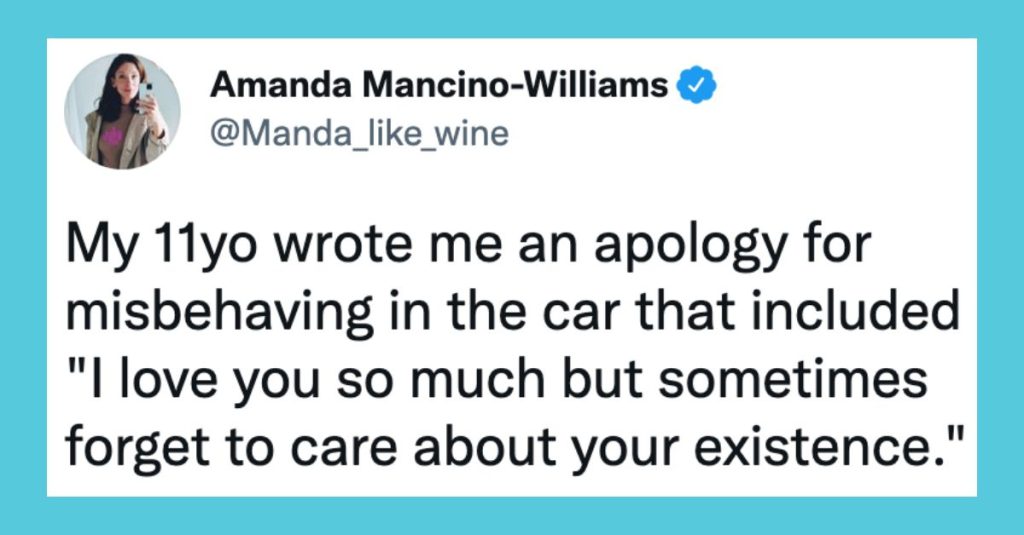 These Funny Kids Obviously Have No Filter

If you spend enough time with kids, you’re gonna learn one thing very quickly: they have no filter and they say things that sometimes catch adults completely off guard.

The jury is still out on that one…

Let’s take a look at funny kids who have ZERO FILTER.

This kid is going places!

Me: "You didn't even notice my hair!"
Logan: "I'm not married to you…not my job!" #ShitMyKidsSay

This is kind of amazing.

My 11yo wrote me an apology for misbehaving in the car that included "I love you so much but sometimes forget to care about your existence."

Me: We all make mistakes.
5: Even you?
Me: Yep
5: Oh yeah! Like when you're trying to cook food that tastes good but then it doesn't?

A big blow to the ego.

Me: "Did you realize I'm the best dad in the house?"

All because of me…

4-year-old: Can I have some of your candy?

Wife: I got this for Mother's Day.

7. That kid has a sick sense of humor.

But maybe they got it from you?

My 11-year old's birthday card to me. #blessed pic.twitter.com/URbZEQmmQa

8. A lot of yelling in this household.

You need to get them moving, right?

Me:"Sweetie, what do you say when you do something wrong?"

Even the kids know…

Me: My life is a train wreck.

You won’t make that mistake again, will you?

ME: [with a tissue up my nose to stop the bleeding] yes

6: good…that'll teach you not to eat my ice cream

How adorable! How sweet! How precious!

Have your kids ever said totally hilarious/ridiculous/embarrassing things that took you by surprise?

If so, please tell us about it in the comments!

Don’t hold back now! We want to hear it all!