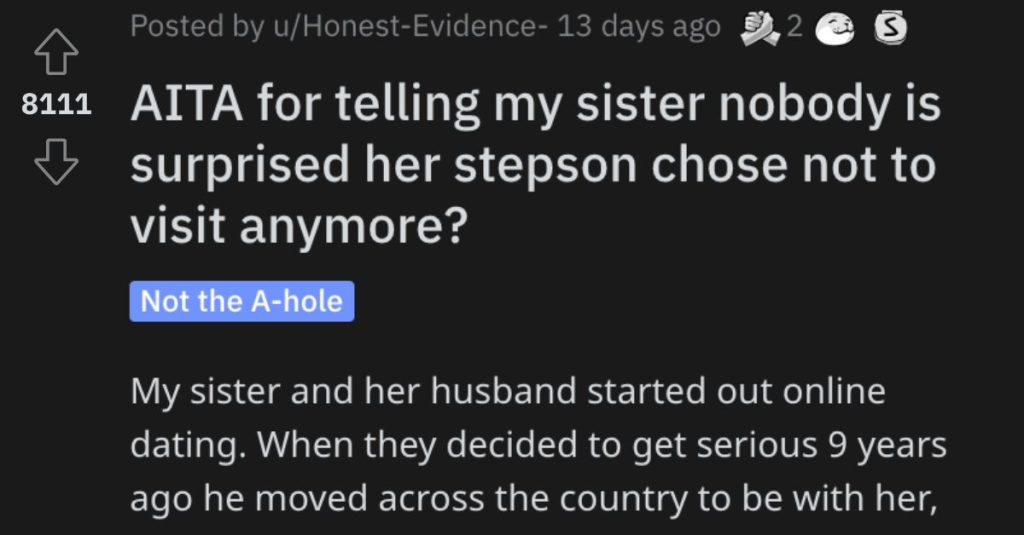 They Told Their Sister No One Is Surprised Her Stepson Doesn’t Visit Her Anymore. Were They Wrong?

Uh oh, I think this one is gonna get ugly.

We’re about to dive into a story of family drama from the “Am I The A**hole?” page on Reddit that definitely hurt some feelings.

Let’s take a look to see what went down.

AITA for telling my sister nobody is surprised her stepson chose not to visit anymore?

“My sister and her husband started out online dating. When they decided to get serious 9 years ago he moved across the country to be with her, leaving behind his then 7 year old son behind.

He and his ex were already apart at that point but from what I have learned they had shared custody up until that point. His son was not happy that his dad moved so far and when the first summer of long distance parenting came he clearly didn’t want to be there and showed no excitement or interest in getting to know my sister. My sister was all surprised pikachu face at the time and couldn’t believe he was so dismissive of her when they met.

Over the last 9 years they have gotten married and had two children together. Now my sisters stepson has decided he no longer cares about maintaining contact with his dad or half siblings and told them in April he would not be flying out this summer. Last year didn’t happen due to Covid so they were hoping he would come.

But he told his dad he didn’t appreciate being left for some woman and especially didn’t like the way his dad started a new family after moving so far away from him, meaning he had to travel across the whole country every single time he saw his dad, and how he was done, his dad could keep his new family and he was good with his mom and family back there.

My sister is stunned and she cannot believe he feels the way he does. She asked me if we could talk about it last week and she asked me if I could believe he would do this. I said I could easily believe it. That nobody was shocked by his actions because it was clear he was hurt and felt like his dad abandoned him for my sister.

He never appeared to any of us to care much for his half siblings and he definitely doesn’t give a s**t about my sister. It was also clear he was angry with his dad. But my sisters husband expected him to adapt and adjust and probably thought he’d get over it with time. He didn’t.

My sister is pi**ed that I said nobody was surprised. She said I was dismissive and cruel with my words and that saying that to anyone is as good as I told you so. She told me none of us should have expected this and if we did we’re all huge **holes.

Now let’s take a look at what Reddit users thought about this story.

This person made it simple: the truth hurts… 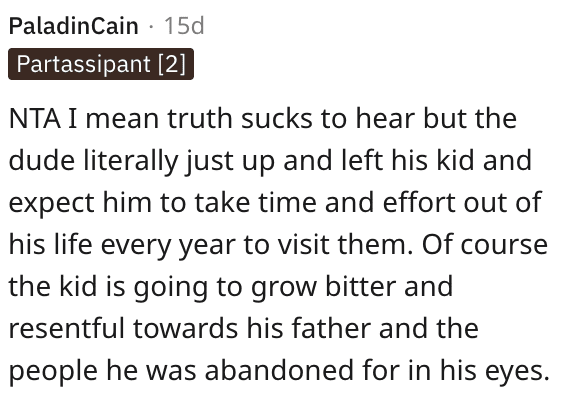 Another reader said that this situation is totally unfair to the stepson, given that they moved so far away. 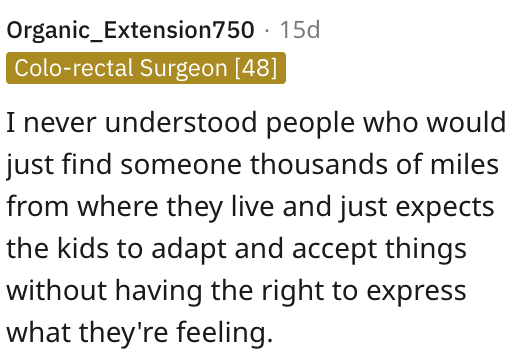 Another Reddit user added that the kid would have to basically give up his entire summer to do that, which doesn’t sound fair at all. 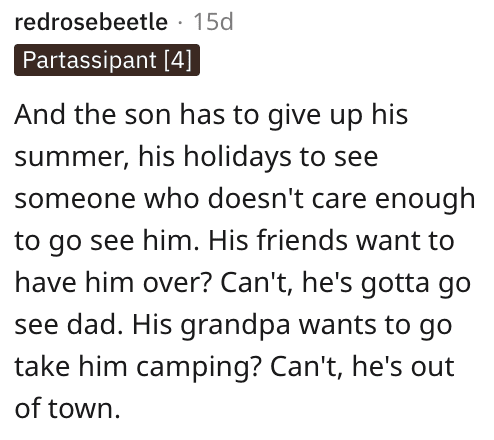 And this person said the teenager probably wants to get a job and start living his own life and this would definitely put a damper on things. 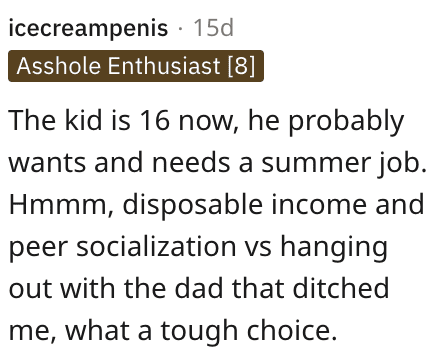 Lastly, this reader made a good point: if you don’t want to hear the truth, you probably shouldn’t ask! 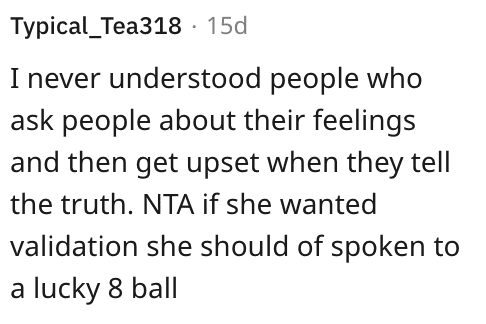 Do you think this woman was too harsh?

Or were her comments justified?

Talk to us in the comments and let us know what you think!