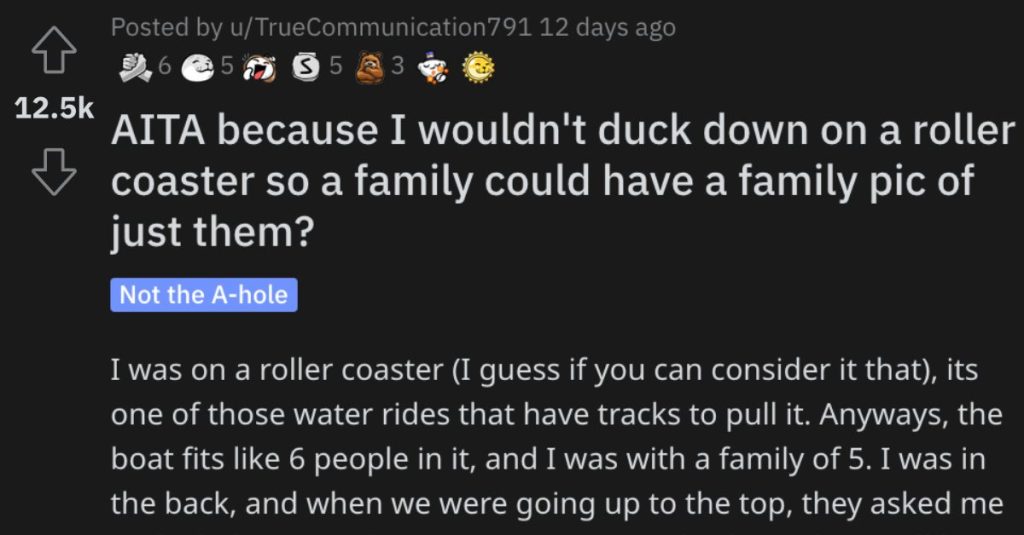 They Wouldn’t Duck Down on a Roller Coaster So a Family Could Get a Good Photo. Are They a Jerk?

If there’s one thing I excelled at in my younger years, it was taking stupid photos on roller coasters.

Hey, you gotta be good at something in life, right?

But this person’s hijinks backfired and now they’re wondering if they acted like a jerk.

AITA because I wouldn’t duck down on a roller coaster so a family could have a family pic of just them?

“I was on a roller coaster (I guess if you can consider it that), its one of those water rides that have tracks to pull it.

Anyways, the boat fits like 6 people in it, and I was with a family of 5. I was in the back, and when we were going up to the top, they asked me to duck down as when we’re going straight down there will be a photo and they wanted a family photo.

I’m not sure if its against the rules, I think I would’ve been safe if i did it, but I really just didn’t want to and I felt like I shouldn’t have to duck for them so I said no.

The parents kept arguing with me telling me to duck so they can have their family photo and they called me a spoilt brat, I told them to go f**k themselves and then we started going down. This is where I may have been the a**hole, I flipped off the camera and made a funny face with my tongue out.

Holy s**t when they looked at the photos they were livid, saying I ruined their opportunity to have a nice family photo. They asked where my parents where and I told them to get lost.

Their kids were just laughing their a**es off. I’m not sure if they bought the photos or not. The dude who operated the photos said I was immature and I need to grow up.”

This reader said that yes, it was immature, but this person didn’t act like an a**hole. 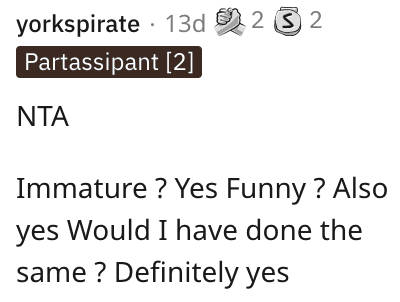 Another Reddit user thought the whole thing was hilarious. 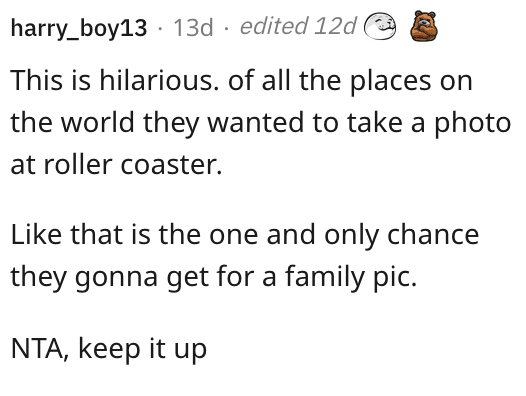 And this individual said that this was actually a funny memory for the family so they should have just rolled with it! 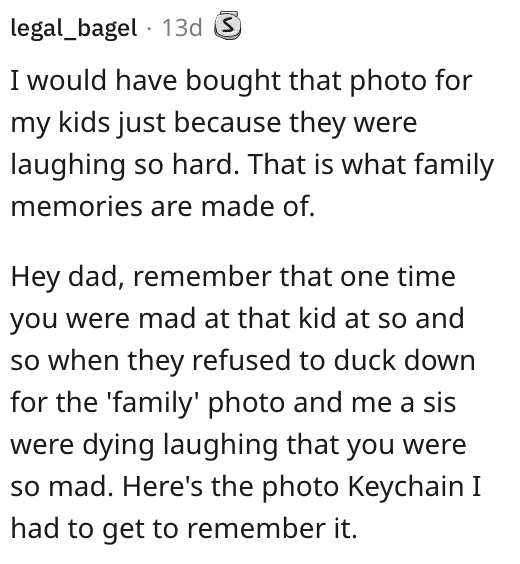 Finally, another Reddit user said that this mother may have been of the entitled variety that we’ve all come to know so well… 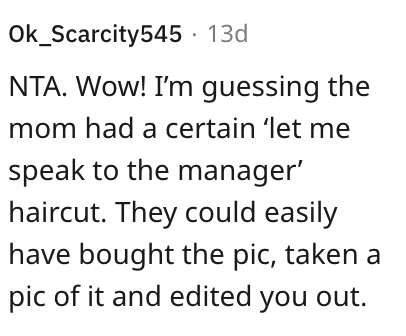