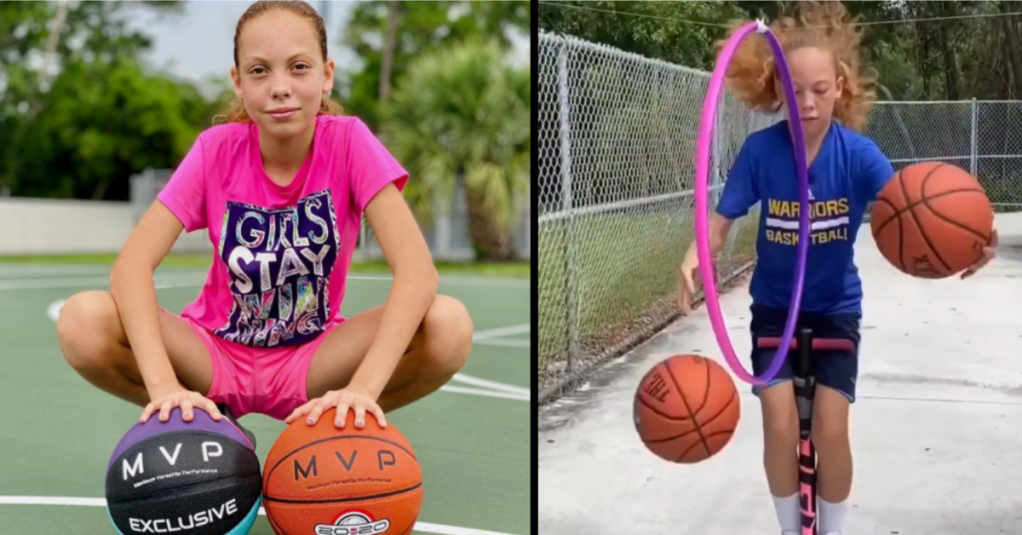 Look out, Steph Curry! And keep your eyes open, Lebron!

You guys might have some serious competition in the upcoming years from a young basketball phenom named Karolina Ramirez, a 12-year-old from Stuart, Florida.

The youngster is a basketball prodigy and she now has a large following on Instagram with more than 65,000 followers!

You can tune in to her page to see Ramirez do all kinds of wizardry on the basketball court!

It seems like she can do it all, from dribbling to shooting to some tricks that you’ll see in a video at the end of this article.

“It became apparent that Karolina was a talented player at 6 years old after playing and practicing basketball since she was 4.

She performs the trick shots by practicing for hours and challenging herself.”

This kid is the REAL deal. Check out these moves!

“It helps her get closer to achieving her goals.

Basketball is simply a platform that will open many paths in her life.”

Ramirez pulls off all kinds of great tricks on the court, including using a pogo stick! Yes, a POGO STICK.

Take a look at this video of Ramirez performing some of her great basketball stunts.

Wow! She’s not messing around! Keep your eye on this one! I have a feeling we might see Ramirez on the college hoops scene in a few years and maybe even in the WNBA sometime in the future.

Now we want to hear from you. Do you know of any other young sports superstars that we should know about?

If so, please tell us about them in the comments. Thanks a lot!