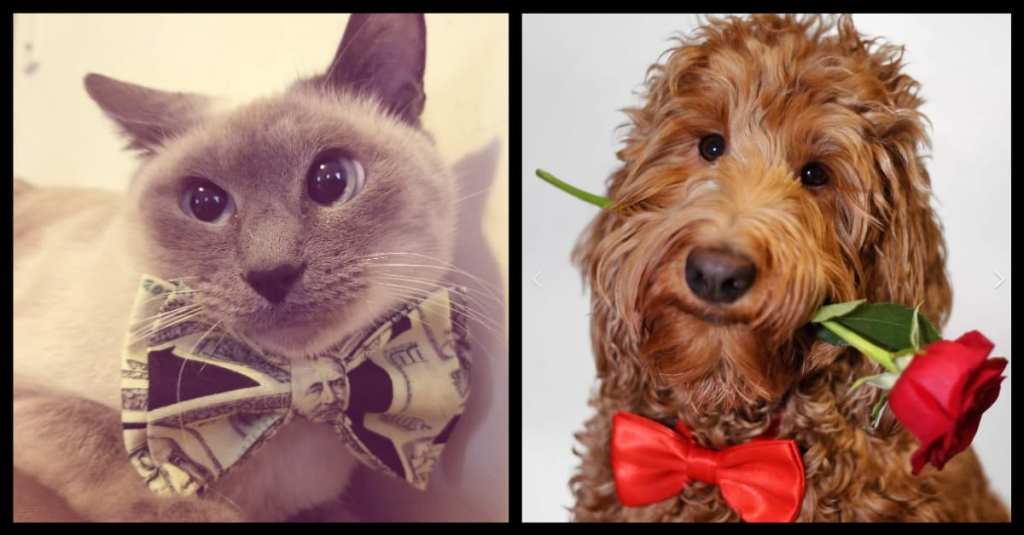 An 11-year-old Sir Darius Brown took that number to heart. He’s casting animals in a whole new light, and creating an entire business around finding these animals fur-ever homes.

What makes him so special?

He hand makes bow-ties for adoptable pets and donates them to shelters.

According to his Facebook page, Beaux & Paws’ mission states:

“Beaux & Paws is a pet couture company founded by 11 year old Sir Darius Brown, specializing in creating innovative, stylish, and unique handmade bow ties for people and their four legged friends. With a strong commitment and dedication to help save the lives of dogs and cats and help them find “FURever homes, Sir Darius Brown donates one-of-a-kind bow ties to animal shelters across the country helping the rescue dogs and cats look dapper and fashionable so they could get adopted faster as they search for their new loving family, “their FURever Home.”

What a unique and sweet way to represent these animals!

But his story goes deeper.

When he was only 2 years old, Daris was diagnosed with speech, comprehension, and fine motor skills delay. But that didn’t hold him back! As he grew up, he helped his sister cut fabric and before you knew it, his fine motor skills improved. And his passion for bow-ties was born.

Fast forward to 2017 when Hurricane Harvey and Irma devastated the land, leaving thousands of dogs abandoned. He learned that many were relocated to national shelters and he decided to help get them adopted.

He started donating his bow-ties to make the dogs and cats look fashionable, adorable, and hella attractive to anyone looking to adopt. I can say he achieved his mission!

Look at this pupper!

As a dog lover, Darius was severely affected by the astonishing number of euthanized pets. So he set his sites on creating his foundation which provides awareness to this community.

Not only that, he was a bonafide public speaker at several events in which he inspires us to volunteer and give back to the animal community.

Now into 2019, Darius has a new mission. He will be visiting 5+ states to volunteer at certain shelters. He will be aiding in adoption events and, of course, bringing bow-ties to get the dogs and cats ready for their debut.

Looking back at his impressive resume, you wouldn’t believe he is as young as he is. He’s an award winner and finalist, and influencer to many associations including Leadership Award recipient from Leaders of the Future No Limits, Outstanding Achievement Award from the WDIB Conference, the Youth Changer Award from “Excel Honors” and the Jasmina Anema Youth Award from the “Black Cotton Foundation”.

What an incredible young man!