Felice House, a painter of modern women, moved to Texas from Massachusetts to pursue a Masters Degree, and she stuck around to become an assistant professor at Texas A&M University. While settling in, she had a bit of culture shock – in the best of ways.

She found that she loved ‘Wild West’ culture. 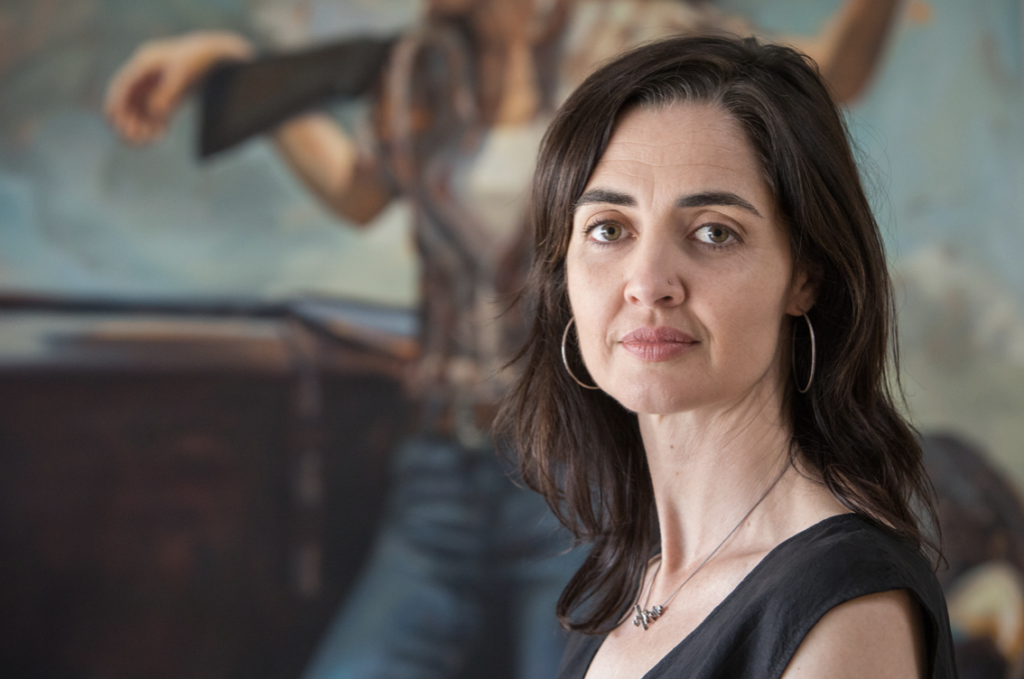 Her infatuation for the culture stemmed from Texan’s outfits, cowboy boots, hats, and music. It eventually led her to watch Westerns starring Clint Eastwood and John Wayne, which she liked…less.

She said, “…when I actually got around to watching Western movies, I was horrified by the roles for … anybody except white men basically”

With this thought in mind, not to mention her history of portraying strong women, she put the call out to models to pose for her next project: western heroines. 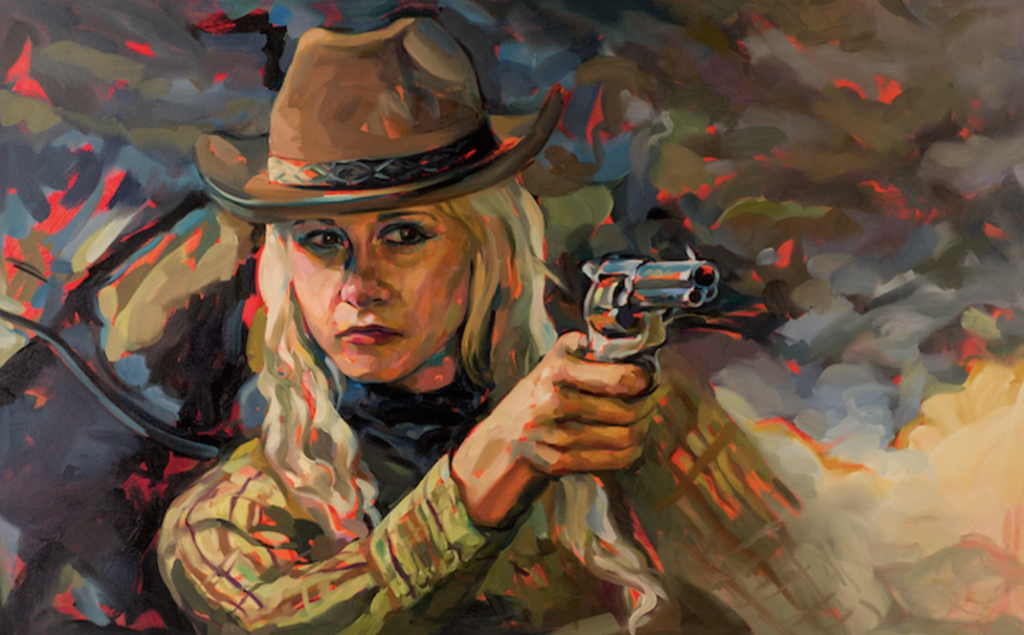 Many models chose their own iconic cowboys to portray, like “Virgina Eastwood”. 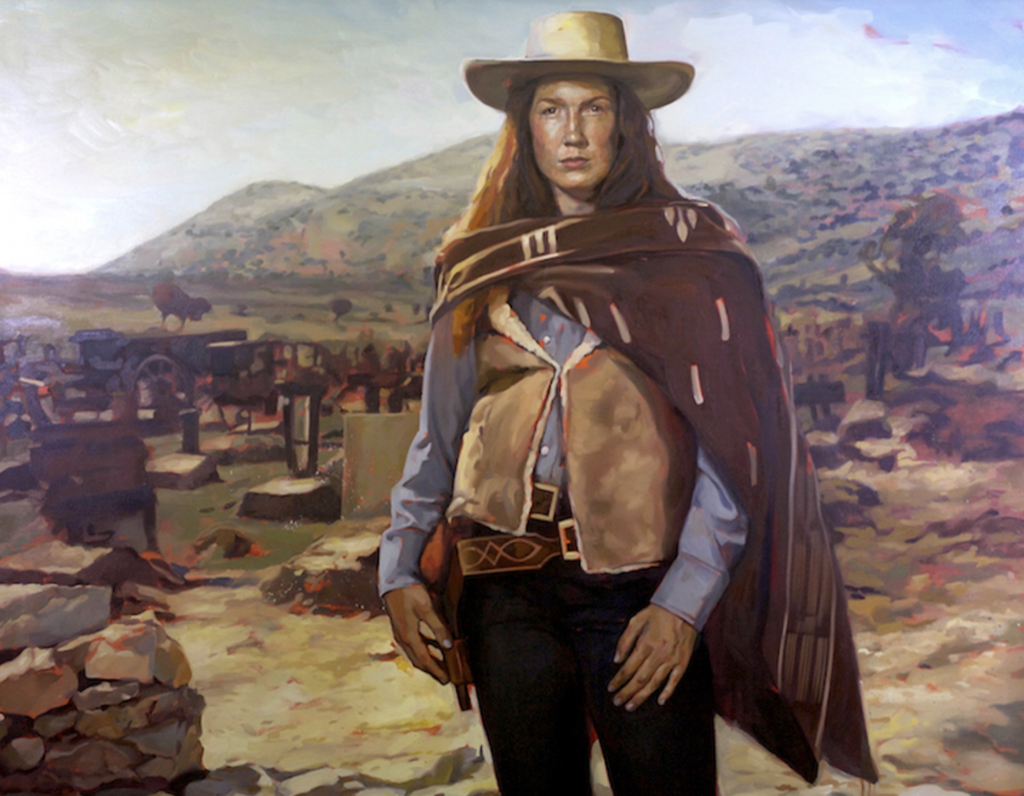 It was difficult at first to get the models to stop the “damsel in distress” facial expressions. According to House, 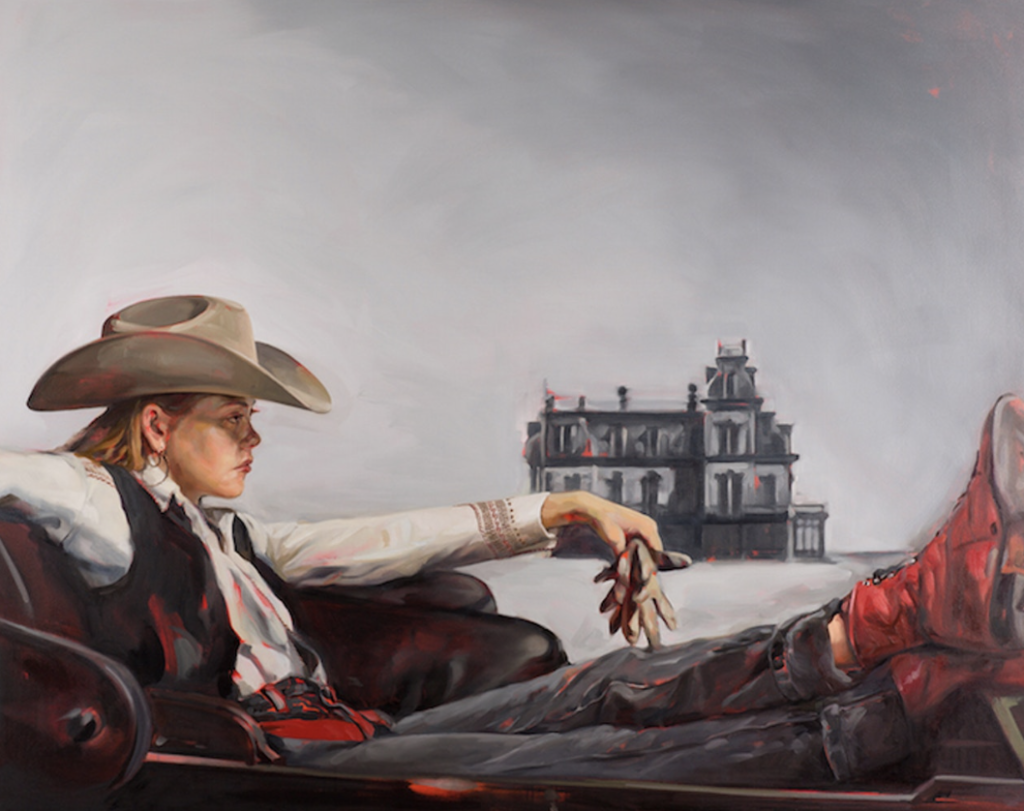 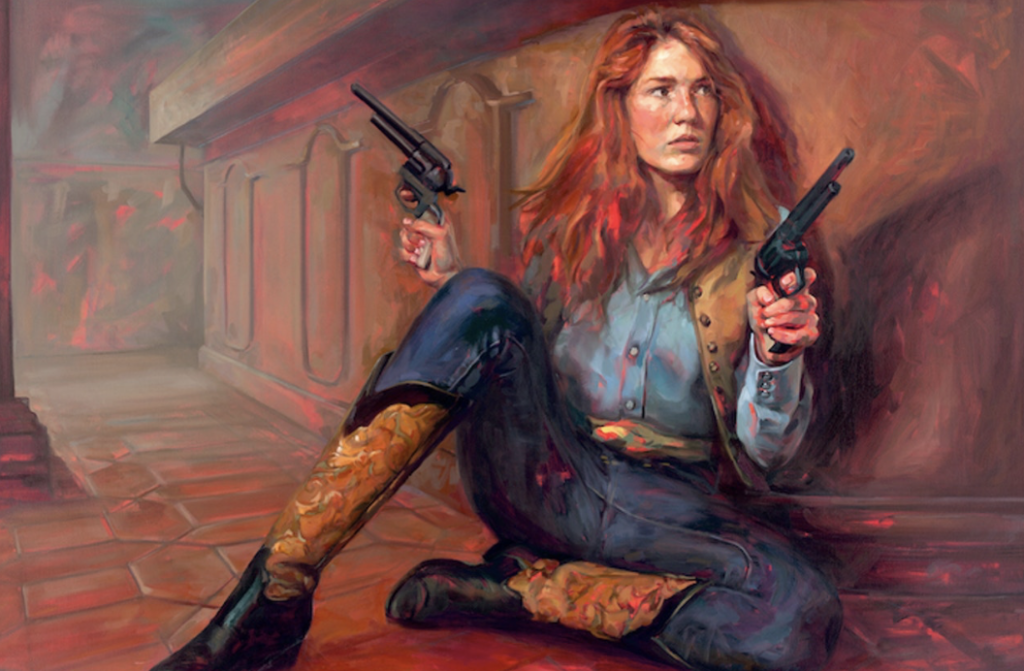 But soon enough she was able to strip away their ‘training’ and create powerful gritty women on canvas.

The timing of her move and her ensuing inspiration was perfect, she said.

“Issues with gender and power in the U.S. are kind of in the forefront of people’s minds.” 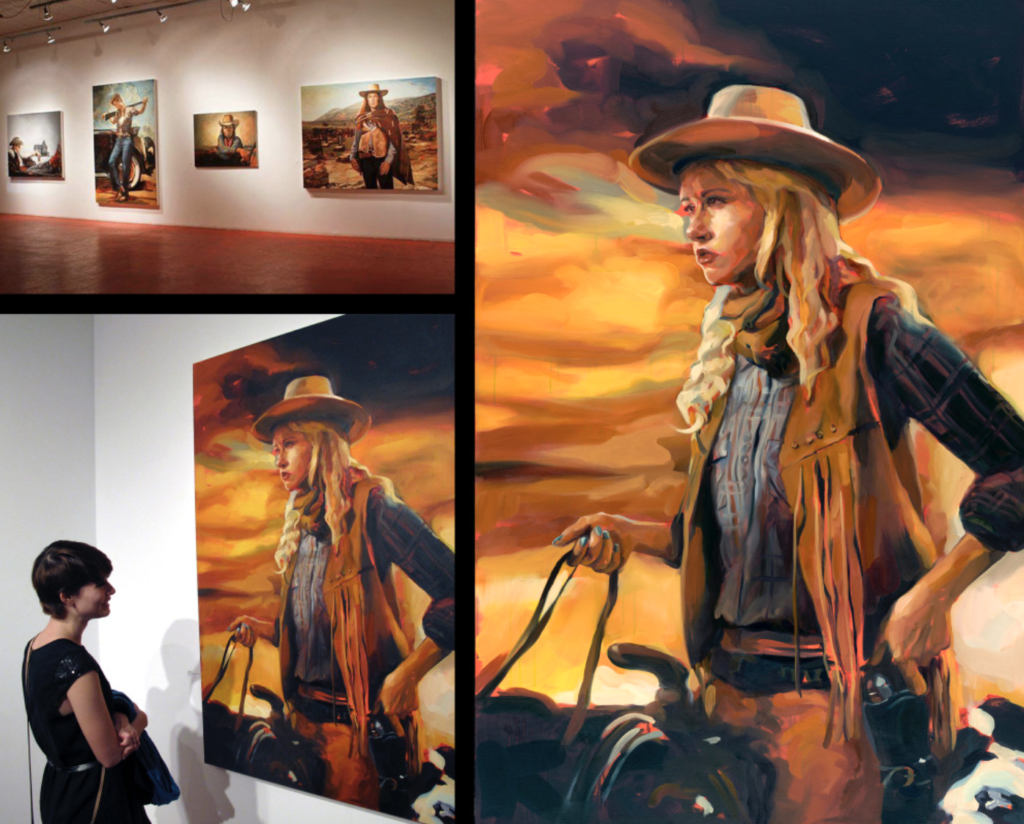 After the massive canvases were complete – becoming literally larger than life – she did receive some criticism for taking iconic male heroes and modifying them to women.

“Pop culture is getting better at representing women. Projects like this one definitely help.“ 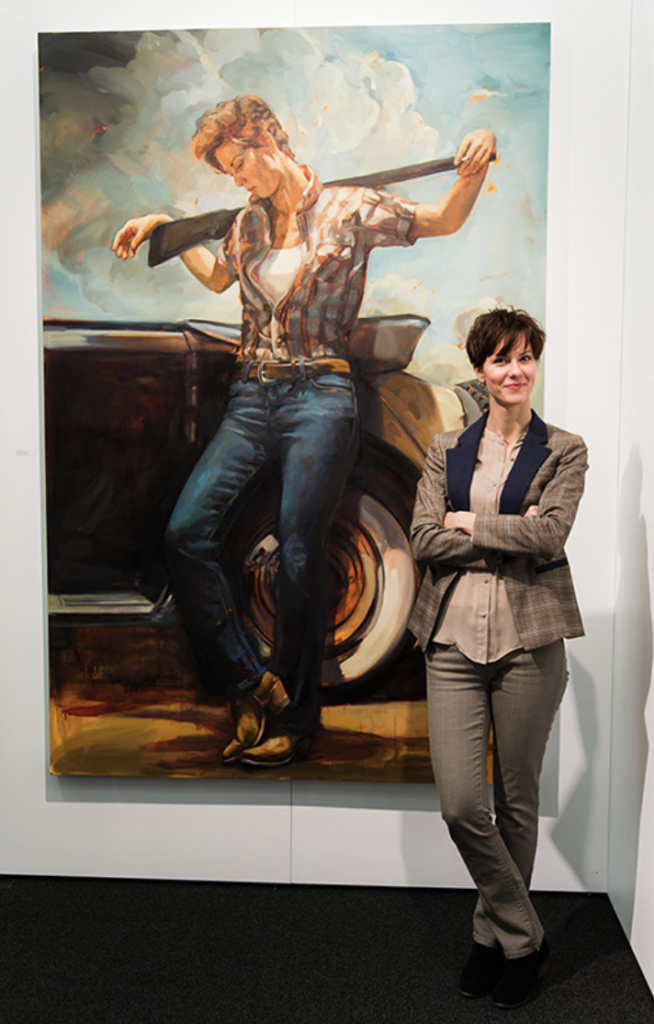 But who cares about the haters?

“After all, it was John Wayne himself who once said, ‘Tomorrow hopes we have learned something from yesterday.’