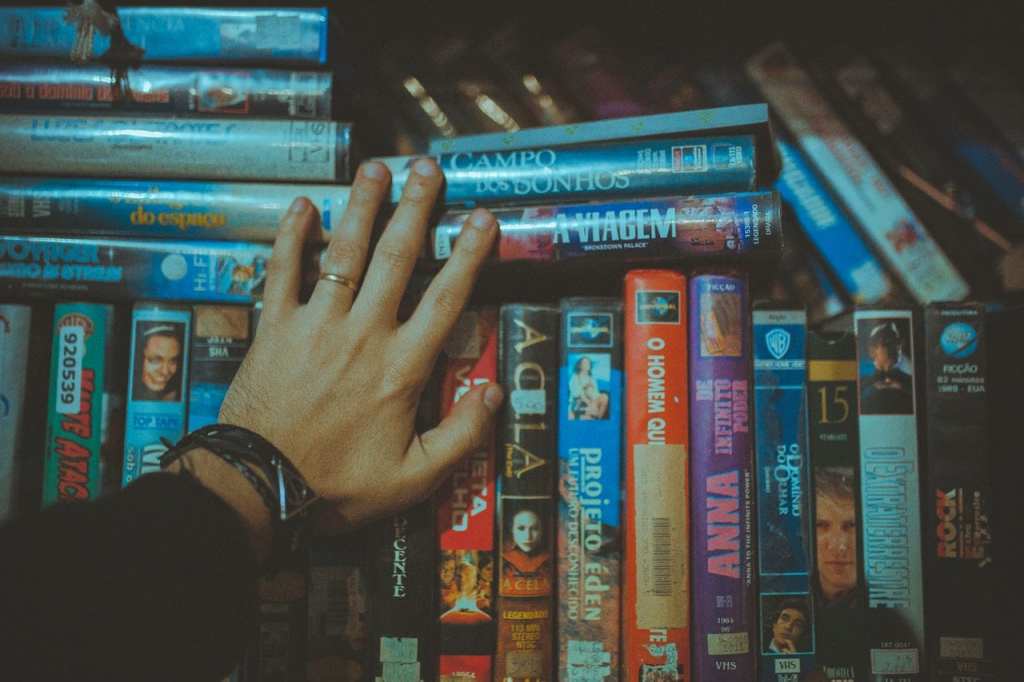 Those of us who are over a certain age probably remember the good old 90s. In those days, people could walk into a real-life video store to buy new releases. Many of these stores also sold video games and popular snacks you could eat while enjoying your movie.

There was no way we could have predicted how the internet would explode or increase access to films on demand. Streaming is convenient, but video stores had a human element to them. For one, many employees who worked in these stores loved movies and usually had awesome recommendations.

There was a thrill to arriving just in time to watch a new release. One guy, Nick Collins took it upon himself to build a ‘VHS’ store in his basement. If you grew up in the 90s, you’ll notice he really took the time to get the details right.

First, he took a “before” picture.

Collins started collecting VHS tapes in 2012 after he got fatigued from collecting video games.

#TBT Here's what the Video Store looked like on June 13th, approximately 1 month before completion. I can't tell you how many late nights were spent down in here from May-July. Plastering, sanding, painting, measuring, remeasuring, etc. But, knowing how much work was put into it, and hearing the positive feedback from all of you makes it all worthwhile! #VHS #vhshorror #vhscovers #nostalgia #nostalgiavideo #diy

His handy-work yielded some awesome results.

This will be the first Christmas for the new and expanded Nostalgia Video. The 90s atmosphere within this room is overwhelming, and I wish I could share it with each and every one of you. #vhs #vhshorror #vhscovers #horror #comedy #action #christmas #nostalgia #holidayseason #nostalgiavideo #videostore #blockbuster #blockbustervideo

Aptly called Nostalgia Video, this basement ‘storefront’ was inspired by a YouTuber who did something similar, James Rolfe. The basement store even has popular candy you would have found in a real video store back in the day!

Horror films and movies based on comics populate the ‘store,’ but other movies are scattered throughout.

And, of course he has a video showing all of the titles… that lasts OVER THIRTY MINUTES! o_O

What did you think of Nick Collins’s handiwork?  Would you visit his “store?”