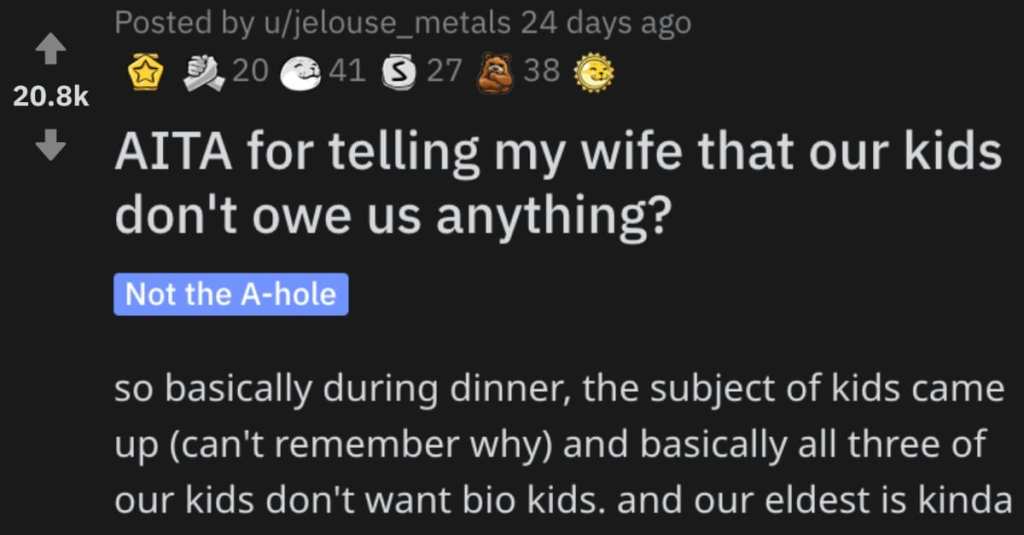 The topic of grandchildren is a tricky one…and some people who don’t have any grandkids sure seem to put the heat on their kids, don’t they?

AITA for telling my wife that our kids don’t owe us anything?

“So basically during dinner, the subject of kids came up (can’t remember why) and basically all three of our kids don’t want biological kids.

And our eldest is kinda neutral on the topic of kids and says it’s up to his future partner whether or not he adopts.

This has really upset my wife, she says that every parent looks forward to the day they get to become a grandparent. I told her that if any of our kids adopted she would still be a grandma. She got upset and said it’s not the same, I told her that they are still kids (17M, 15F, 13F) and that their opinions could change.

During this convocation, I said something along the lines of ‘also they don’t owe you or me anything, it’s their bodies.’ This pi**ed off my wife and she started yelling that there’s nothing wrong with her wanting and hoping for real grandkids.

To me it doesn’t really matter if they have kids or not, I would love to be a grandparent but that’s not my decision. Also, they’re still kids, them having children is a long way away and their opinions may change as they grow. However, I feel like I could have handled the situation so much better and that what I said was hurtful.

And here’s how people responded on Reddit to the man’s story.

This reader said that the man’s wife needs to chill the F out…and the “real grandchildren” thing is pretty bad. 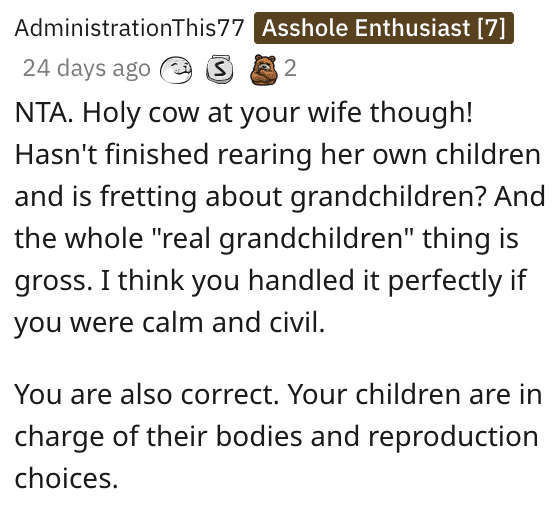 Another Reddit user said that they’re just fine with grandcats!

Amazing that some people would actually respect the wishes of their children, isn’t it? 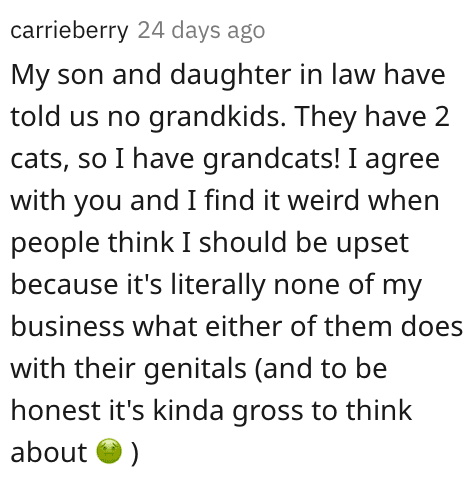 This person said that the mother in the story seems to judge blood relations above all else…and not in a good way. 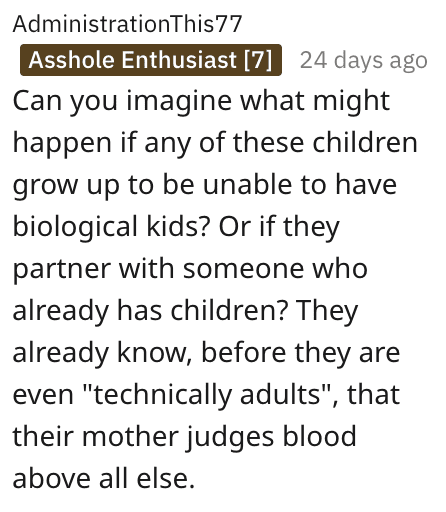 Another individual remarked that if the mother keeps this kind of attitude up, she might not have a relationship with her grandkids no matter if they’re biological, or not. 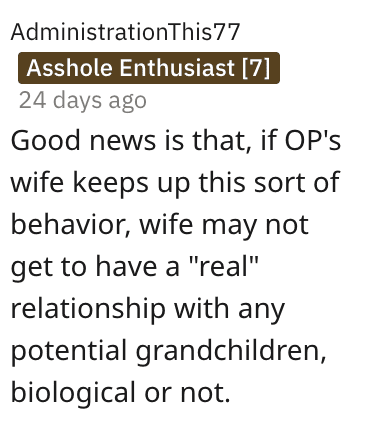 Finally, this Reddit user, who happens to be adopted, said that the mother can…well, you’ll see… 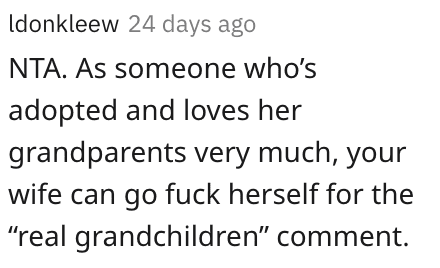 Do you think what this guy did or was he totally justified?