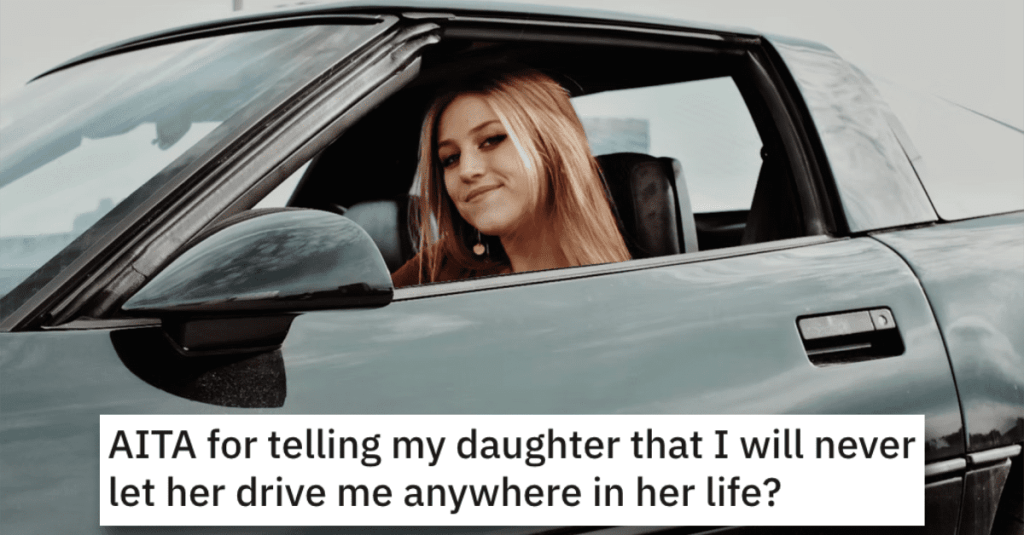 I can only count on one hand the people that I’m terrified to get into a car with…and I think four of them were Uber drivers I had who gave me rides from Hell…so hopefully, I’ll never have to see them again.

My point is we’ve all had experiences with people who are terrible drivers. And this dad wants to know if he’s a jerk for refusing to let his teenage daughter drive him anywhere…oh boy…

Read on to get the full story.

AITA for telling my daughter that I will never let her drive me anywhere in her life?

“We have a tradition in our family that whenever one of our children pass their driving exam, we all go out and eat together at their favorite restaurant to celebrate.

I taught all my daughters (18, 17, and currently my two 15 year old’s) how to drive, but my 16 year old wouldn’t let me. She said that her friend was learning with a driving instructor, and she wanted to do that, too. No problem.

I asked her to let me just teach her the basics then, but she said that she wanted to learn at the same pace as her friend. I offered to teach the friend the basics, too, but then my daughter just outright said, “No, Dad. No. I don’t want you to teach me. It’s not cool, okay, and I want to learn on my own.”

I said, “You are learning on your own, I’m just going to teach you the basics and that’s it.”

She said she didn’t want to talk about it anymore and the final answer was no. Part of her driving permit requirement was that she drive a certain amount of practice hours but she was only allowed to drive with a parent or driving instructor in the car. She would never drive with me in the car, so she got all her practice hours with her driving instructor and by driving my wife around.

I complained to my wife and asked her what the heck was going on, and she just kept saying that our daughter was trying to be independent and impress me by doing it on her own. Finally, our daughter took her driving license. She passed and we went out to celebrate. She was supposed to drive the entire family to the restaurant, but I refused to get in. I went in one car while she drove her mom and sisters in the other.

I usually give the toasts but I refused, saying, that maybe the driving instructor should have been here to give it. My wife said, “Oh my gosh, this is so childish. You two need to talk about this right now and clear the air.”

I said, “I need an explanation for why my own daughter was so against me teaching her to drive, or just even being the car with her while she was learning.”

She said, “It wasn’t personal. I just wanted to learn how to drive on my own. And with my friend. That’s it.”

Even my other daughters said, “Yeah, but you could have at least let Dad teach you one time.” But she said that she was going to at one point, but then she felt pressured by everyone trying to push her into doing it that she just rebelled against the whole idea.

I said, “Well, what’s done is done and you don’t ever have worry about driving me around because I will never in your life let me drive me anywhere. I will never get in a car with you if you’re behind the wheel.” It got silent and the atmosphere was thick after that. My wife kept frowning at me and then after awhile I got up and said, “I’m going to go. I need to go clear my head.”

Edit: To clarify, the part I’m most upset about is not even that she didn’t let me teach her how to drive, but that she didn’t even let me ride in the car with her one single time during the time she needed practice hours.

I’m a great driving instructor. I taught my 18 year old and 17 year old how to drive and they both passed on their first time. I’m teaching my 15 year old daughter’s right now. I don’t yell and I’m very patient because I know how stressing it can be. And I work with all styles.

My 18 year old was extremely cautious driver, my 17 year old was a speeder, and with the twins right now – one of them is an impatient driver (she cuts people off all the time) and the other is the most patient driver ever (she lets everybody cut her).

Also, people are saying I should have just told my daughter how I felt. I did. I couldn’t include everything because I didn’t go over the limit, but I did go to her and say, “You know, it kind of bothers me that you won’t even let me be in the car when you drive.”

She said she didn’t want me there because I might start giving her tips here and there, and she considered that as me teaching her. I promised her I wouldn’t (and I don’t make promises lightly), but she still said no.

This was before I complained to my wife. So I did try to talk to her.”

One reader said that this dad is definitely the a**hole here. 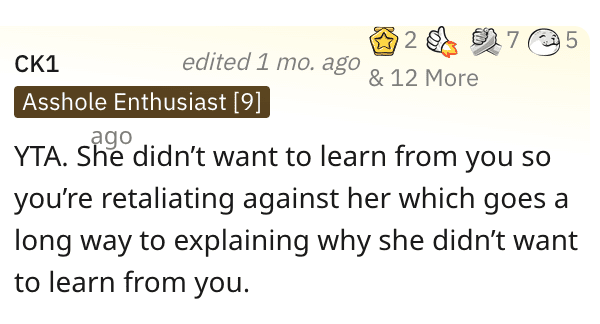 And another individual said that this dad needs to get over himself. 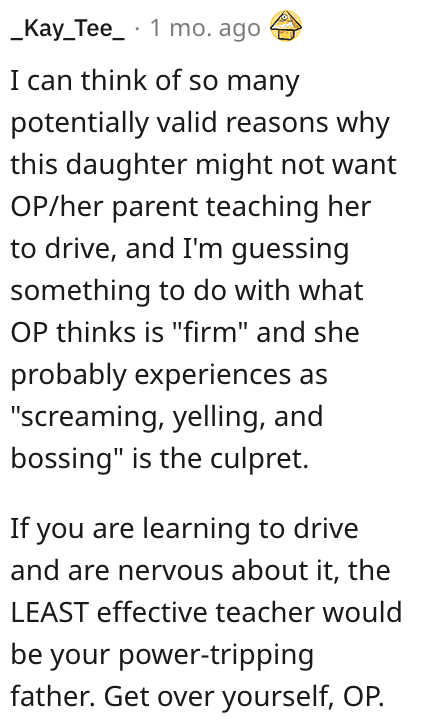 Lastly, this reader said that this dad is definitely pretty sh**ty to his kids. 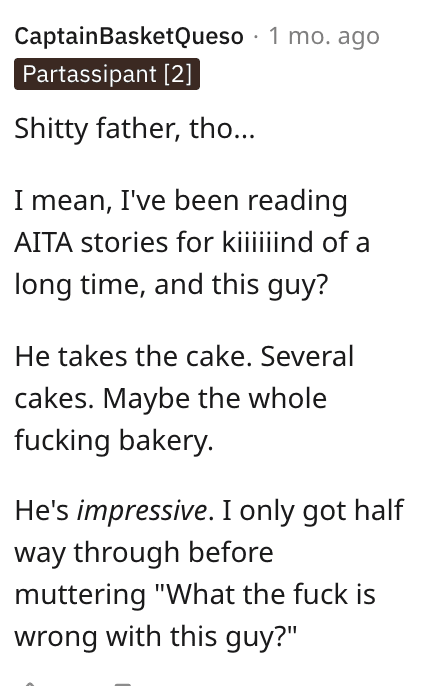