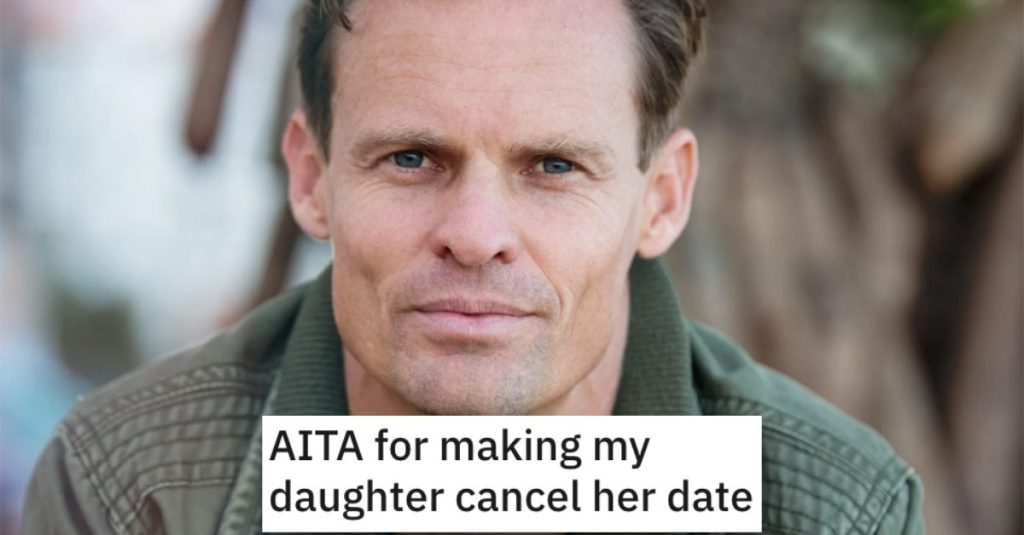 Is this dad overbearing or is he just doing the right thing for his daughter?

That’s the main question at the heart of this story from Reddit’s “Am I the A**hole?” page.

Check out what this dad had to say and see what you think.

AITA for making my daughter cancel her date?

“I’m a single dad and have been for about 9 years now. My daughter is 13 and is the single greatest thing to ever happen to me.

About a week ago she said that this boy in her class wanted to know if she would be up to grab pizza on that Saturday. We don’t really do anything for Thanksgiving so, logistically it worked out. She agreed to it.

When she told me about this, I said that I wanted to meet this guy. She immediately got annoyed and asked why. I said that if a guy is asking my daughter out, I just want to be able to put a face to a name. I promised her it was not going to be some goofy ” dad interrogates boyfriend and acts all scary” schtick. I told her to tell him I wanted to meet him and just say ” Hi”. She tells me she’s told him.

Saturday comes and I see her heading towards the door. I tell her to hold up and ask where her date is. She says he’s outside and that they’re going to bike ride to the pizza place. I ask why he’s not coming to the door.

She first tells me he’s nervous and doesn’t know what he’d say to me. I told her that, ” Nice to meet you” is a good start. Her story changes and she tells me he just ” doesn’t see why” I have to meet him. I reiterate my “why” to her and ask her to go get him.

I told her to text him that the date was off. She said I wasn’t allowed to do that. I asked her again to tell him. She started getting teary eyed, texted him, told me I was mean and that she h**ed me and went to her room.

When I told my sister what’d happened, she thought I was in the wrong and said I should’ve let my daughter go on the date.

One reader said he’s NTA and that his daughter clearly isn’t mature enough to date. 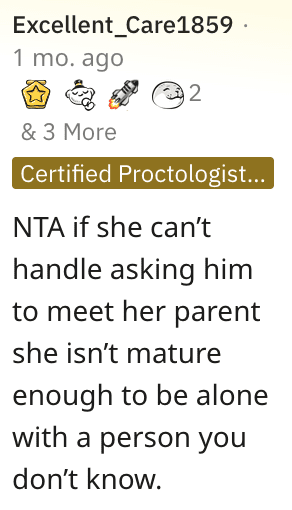 Another individual agreed and pointed out that she’s already lied.

And this individual said they think peer pressure probably played a part in this story.