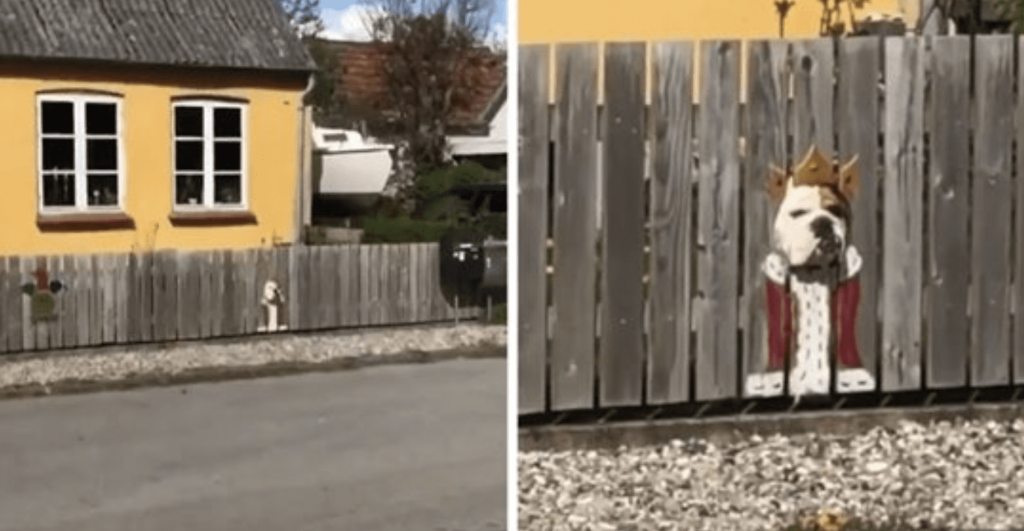 This Dog Loves Sticking His Head Through the Fence, So His Owners Painted Him Some Costumes

While we go off to work, our pets often have to stay home, left to spend the day snoozing, chasing squirrels or doing whatever they please.

But as you can imagine, this gets pretty boring sometimes. One dog in Denmark likes to spice up his life by looking through two holes in the fence.

You can see just how cute he looks in this video shared by his mom Ranveig Bjørklid Levinsen:

His name is Bogart and he also has a bulldog brother named Winston.

“We are living close to a walking path, so many people pass by every day, and the dogs are just so curious,” Bogart’s owner said. “To prevent them from skipping the fence, we made the holes, but even if it was funny to see them from the other side, I just thought it would look even [funnier] if we painted something. You know, like in amusement parks where you can have your photo taken in these kind of holes.”

Apparently, Bogart isn’t the only one who just wants to see what’s happening on the other side of the fence.

Meet Penny, who always used to jump as high as she could to see the next-door neighbors — until she got these three holes for her eyes and snout! Ahhh, that’s better.

This is a great use of people’s artistic and/or carpentry talents, if you ask me. Let’s give the dogs what they want! It’s the least we can do. Plus, it might make a human (or two) smile. It’s a win-win!

What over-the-top or quirky accommodations have you made for your pets?