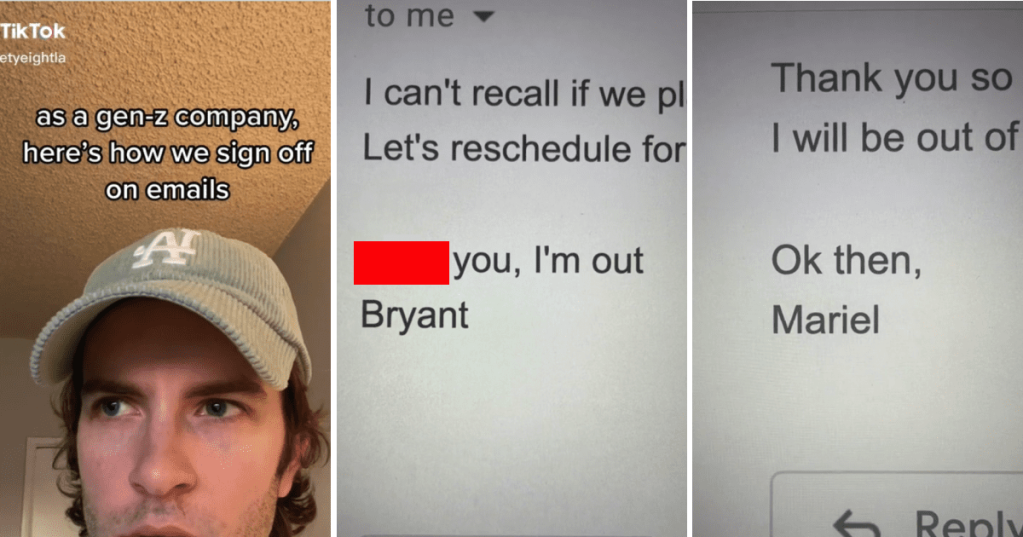 For those of us who have been in the workforce or otherwise in the professional realm for a few decades, we’re used to a certain way of doing things. There are rules, you know? Decorum and professionalism and the status quo have been the best ways to ensure that no one we correspond with on paper (back in the day) or through email could possibly be offended.

Now, though, a new generation is in charge – or at least, they’re starting to be – and Gen Z is thinking they’d like to do things just a little bit differently – think less fake and more authentic, protocols be d**ned. 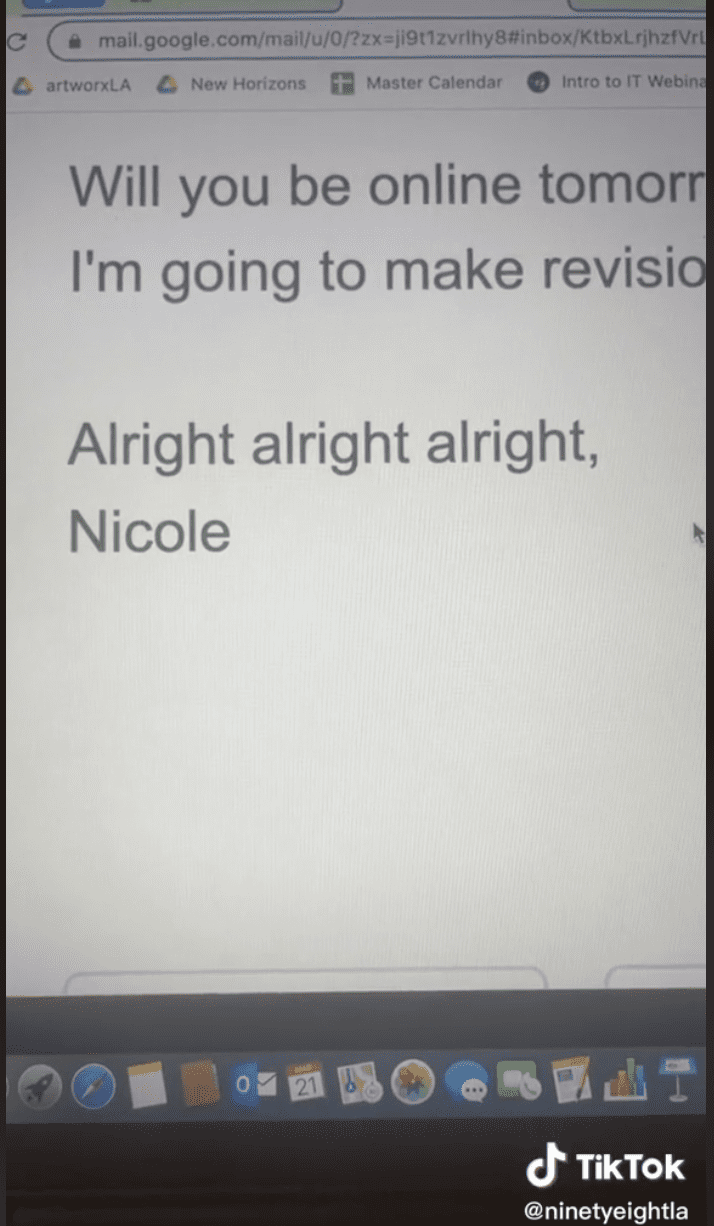 NinetyEight is the company currently going viral on TikTok after sharing the way they sign off on their work emails, and even as a Xennial, I’ve gotta say, I kind of approve.

The company is a “Gen-Z Creative Agency” and they say they’re embracing their generation’s blunt attitudes and anti-capitalism mentality as more and more of them move into the workplace. 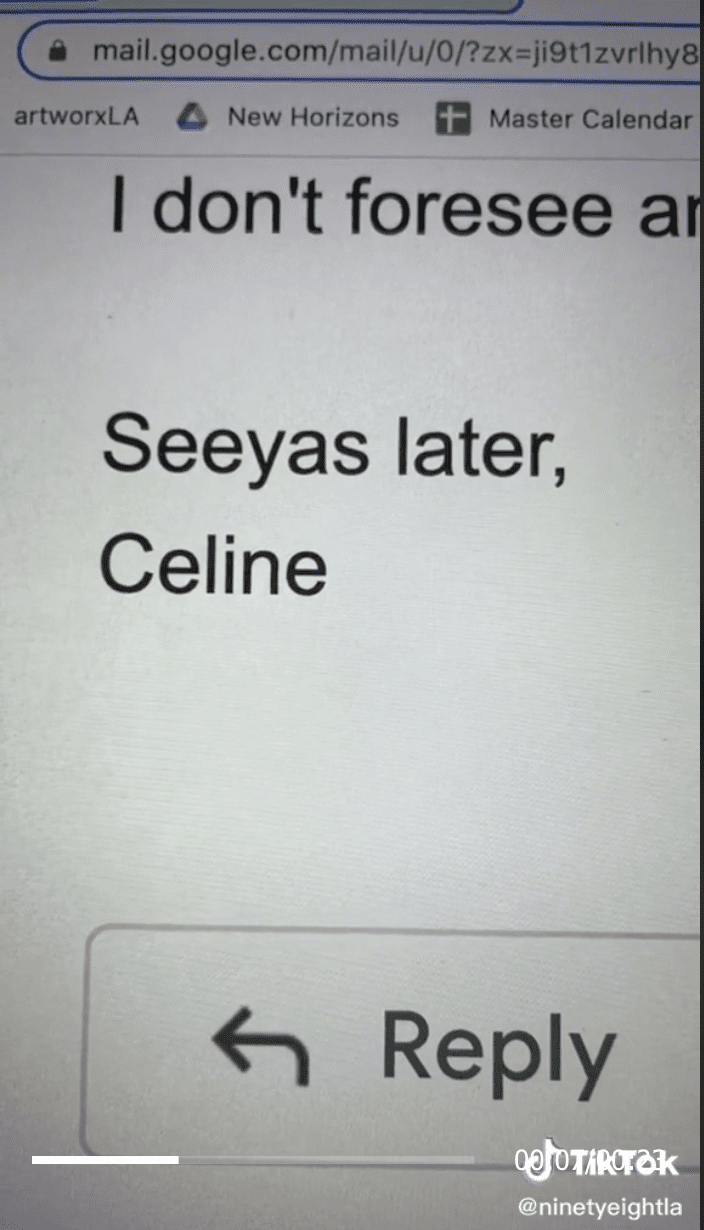 Basically, they’re giving the entire system a big middle finger, even as they rely on the system to survive.

And let’s be honest…no one ever really meant “kind regards” when they signed off that way, right? 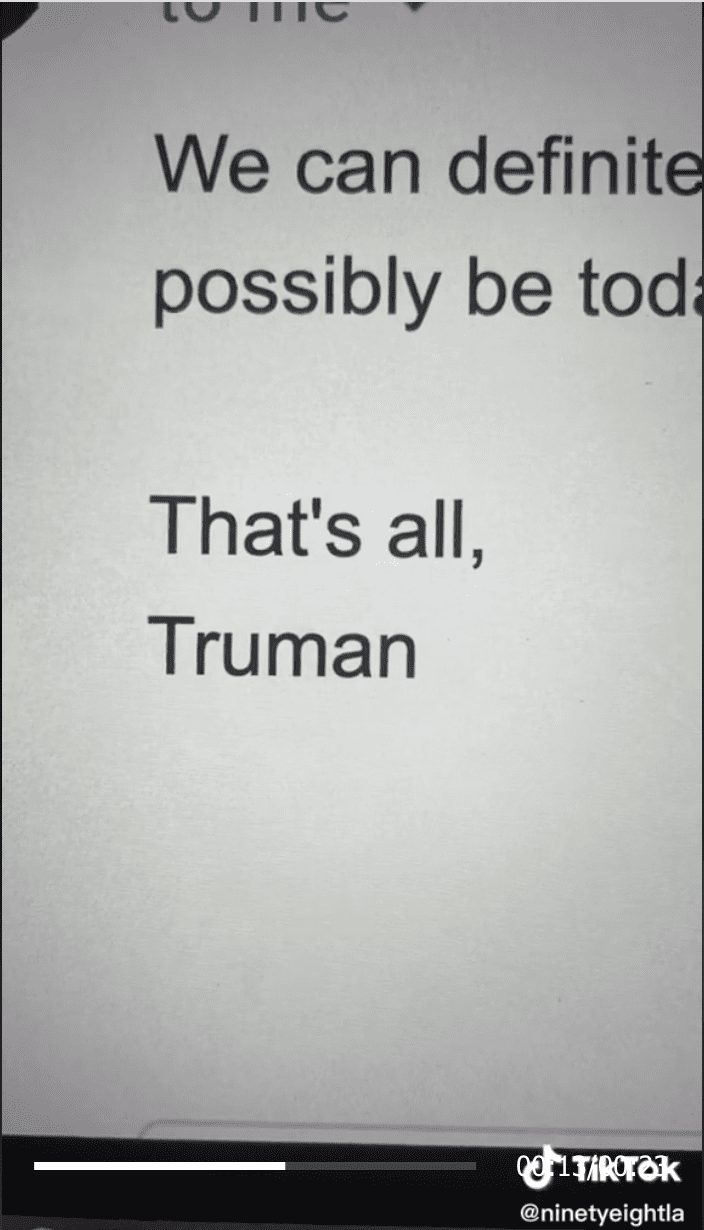 Some examples shared in the video include “hehe bye,” “yeehaw,” and “f**k you, I’m out,” and the majority of the commenters agree that they would be much more excited to read all of their emails through to the end if they could expect this kind of “realness” as part of the content. 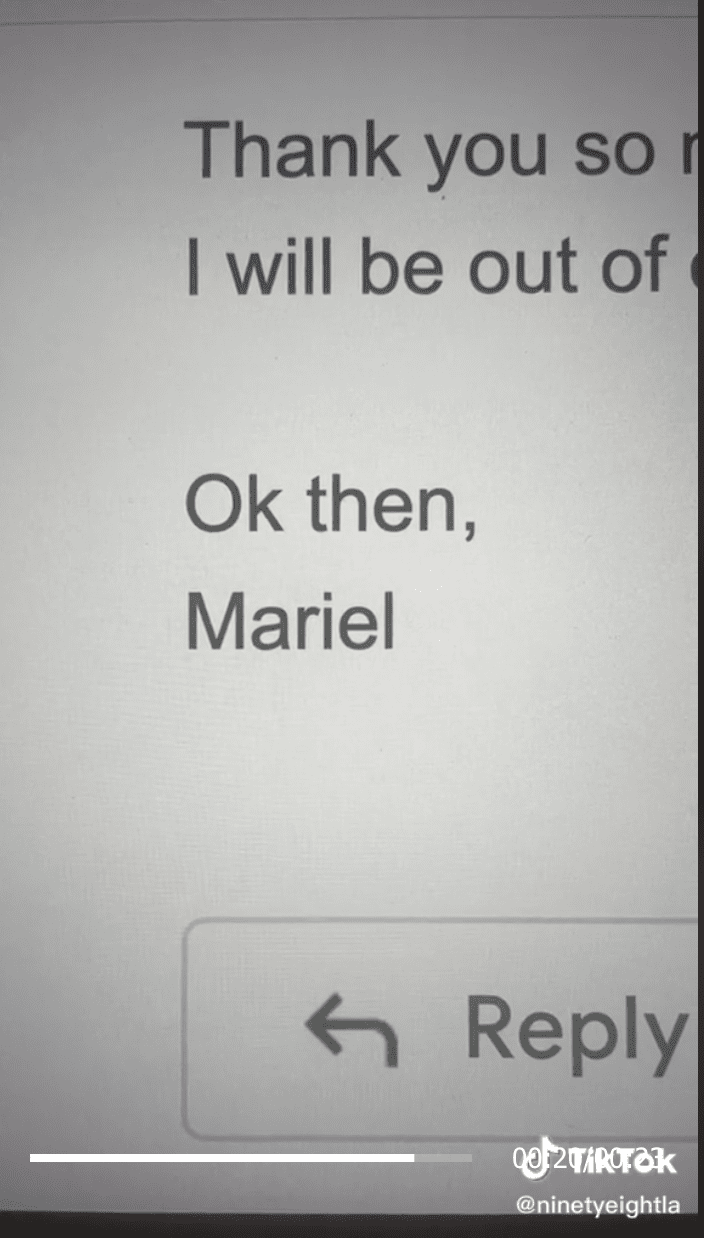 Millennials are cool with it too, coming in hot with comments like “Can’t wait for Gen Z to replace all boring Boomers,” and “As a millennial I don’t see why we have to be so formal. I love this vibe.” 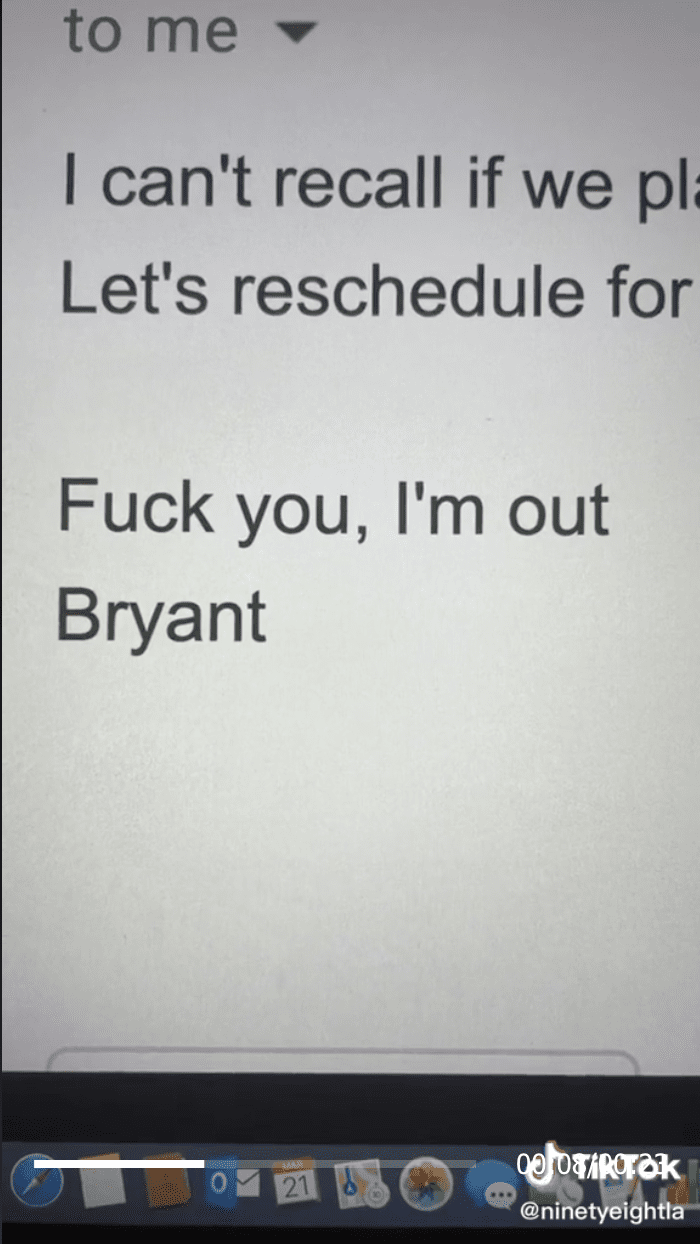 If you’re looking for more chill, honest, and hilarious ways to potentially sign off your emails, don’t worry – the comments section is totally full of them. It’s an example of when you should definitely read the comments.

As more and more young people start business and move into management roles, there’s no doubt that all of the rules are going to be flipped on their head, so I mean…buckle up.

Bryant is a menace on gmail fr

And you might as well get excited and start brainstorming so amazing email sign offs of your own, because anything goes.

Honestly, what could be better than spicing up your work life? There’s nowhere to go but up!