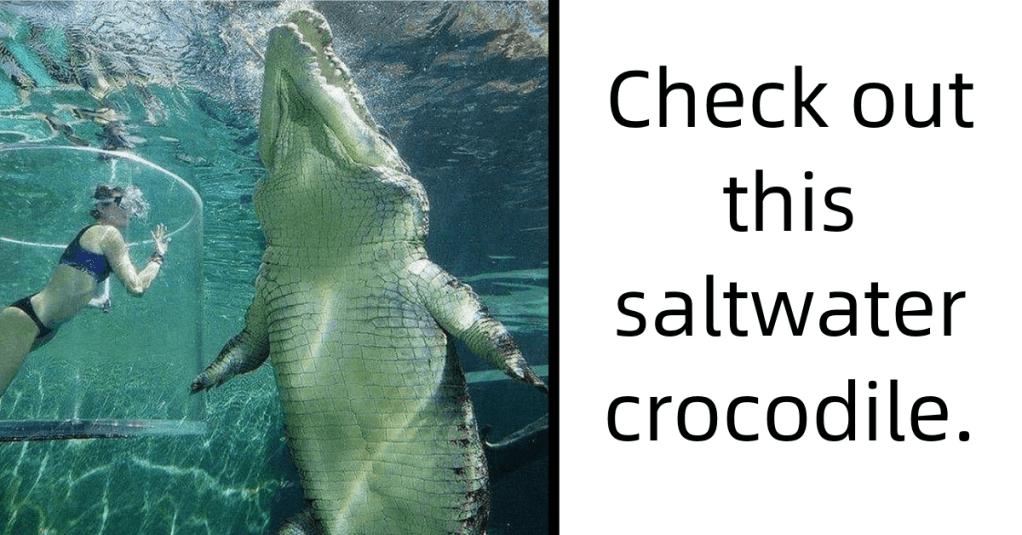 We all have a phobia or two (or maybe more).

Being confined to a small space or jammed in a huge crowd with a bunch of people is TERRIFYING to me.

And I’m gonna give you a stern warning right now: if you suffer from megalophobia (the fear of large objects), you might want to proceed very slowly with these photos…because they might give you some anxiety.

That is one big tree.

Trees occasionally beach themselves in the search for food from megalophobia

2. Wouldn’t want to run into this fella.

That thing is MASSIVE.

This saltwater crocodile from megalophobia

3. It took me a minute to even see the people in there.

I had no idea anchor chains were this big. Learn something new every day!

This is how big anchor chains are. it makes sense but dang from megalophobia

This is totally wild!

Mt Fuji as seen from a nearby town from megalophobia

6. This is not Photoshopped.

Look at this photo very carefully…

This is just one picture from megalophobia

That small dot is mercury in front of sun.Definitely unsettling from megalophobia

8. This puts things into perspective, don’t you think?

Just go ahead and compare it with the pooch.

9. This one is totally wild.

Wrap your head around that!

A full-sized school bus next to haul trucks from megalophobia

You can never get enough of Godzilla!

A Godzilla museum just opened in Japan. Very soon they will open phase two that includes a ZIP LINE that lets you fly INTO Godzilla's GOD DAMNED mouth.

This is now the greatest thing in the world. pic.twitter.com/0BjOsdylcX

This is terrifying to me.

Astronaut Bruce McCandless II floats untethered away from the safety of the space shuttle, with nothing but his Manned Maneuvering Unit keeping him alive. The first person in history to do so. from megalophobia

I hope these folks are paying attention.

Are you scared of HUGE things?

What are some of your other phobias?

Let us know in the comments so we can try to talk it out!