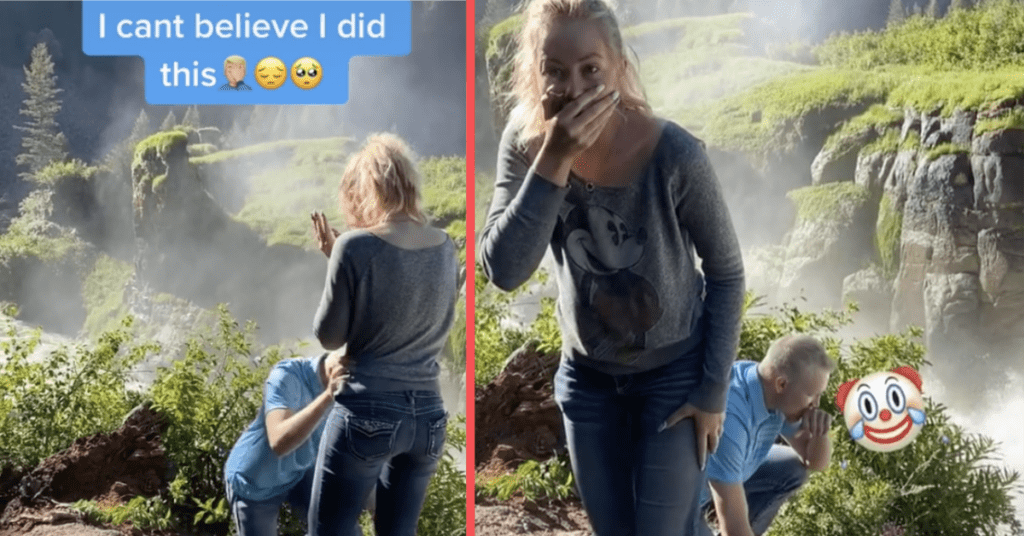 Are you prepared to get a lesson on how to correctly pull off an epic prank? Well, you’ve come to the right place!

So let us tell you what happened here…

A guy name Zaden decided to propose to his fiancée Courtney at a beautiful location in Idaho…and Zaden ALSO decided to prank poor Courtney and capture the whole thing on video. 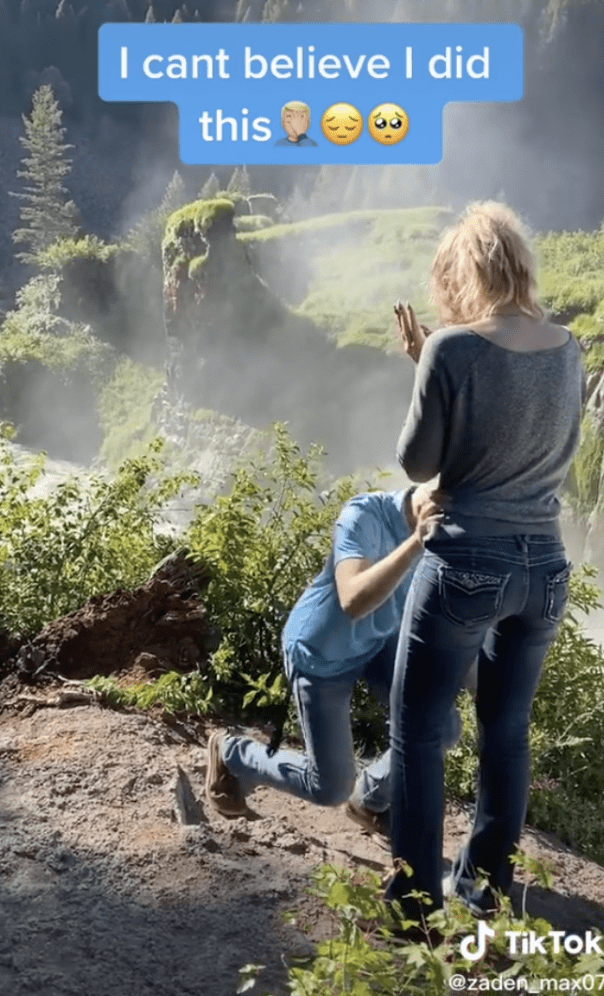 Zaden got down on one knee at the scenic overlook next to the waterfall, prepared to pop the big question, and then…DROPPED the ring over the cliff.

Or at least that’s what he wanted Courtney to believe…

You can tell by her reaction that she was totally shocked. 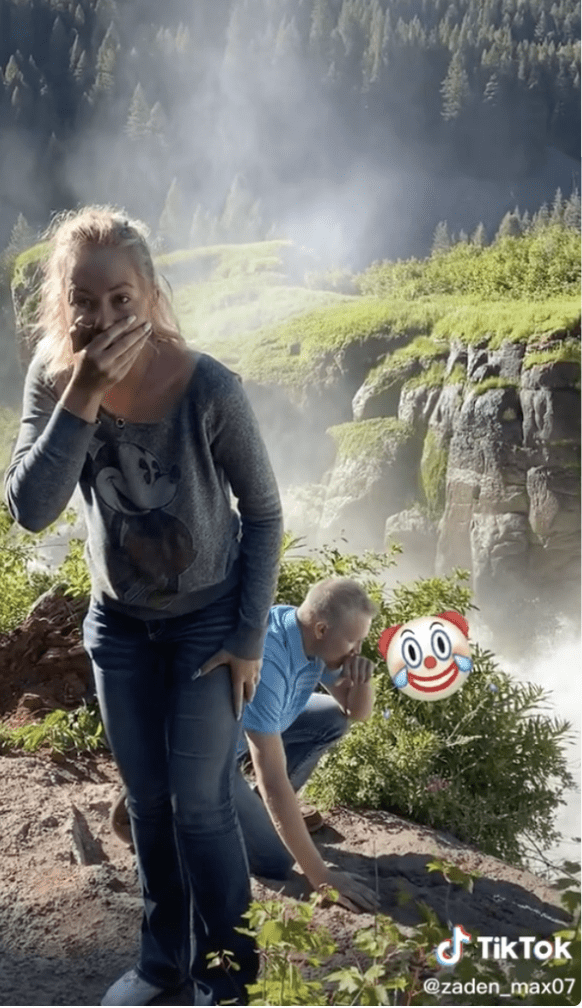 The ring appeared to be long gone, on its way down the river and out of their lives forever.

You can see Courtney watching all the hard work and money wiped out in an instant. 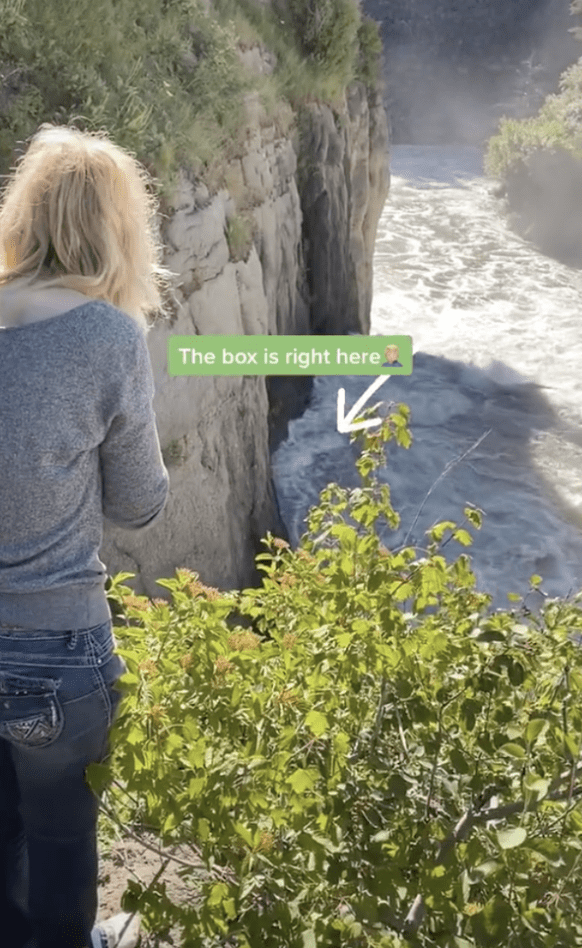 But then, as Courtney was watching what she thought was the ring go bye bye, Zaden got down on his knee and surprised her for a second time when she turned around to him again. 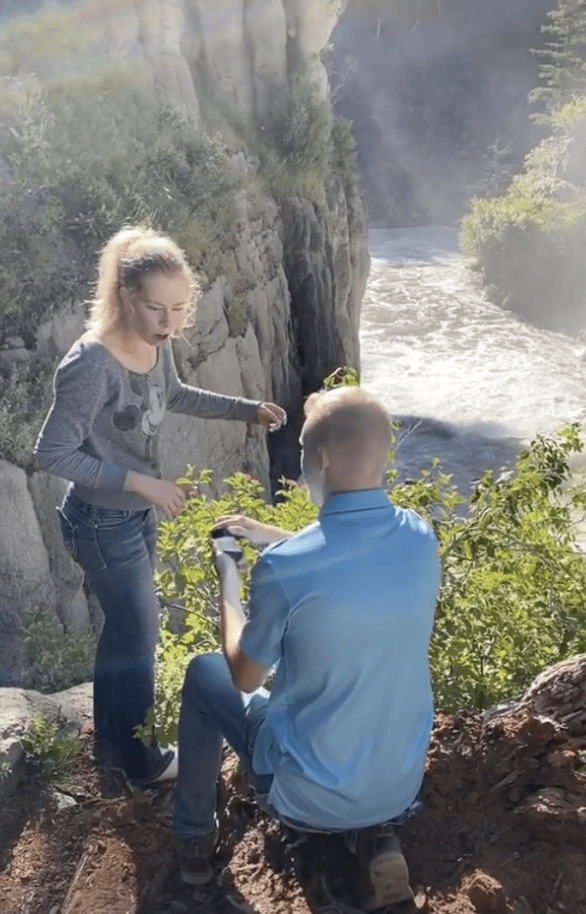 Yes, this time it was the real deal and Zaden had a legit engagement ring ready for Courtney to accept.

And she said YES! (Thankfully…). 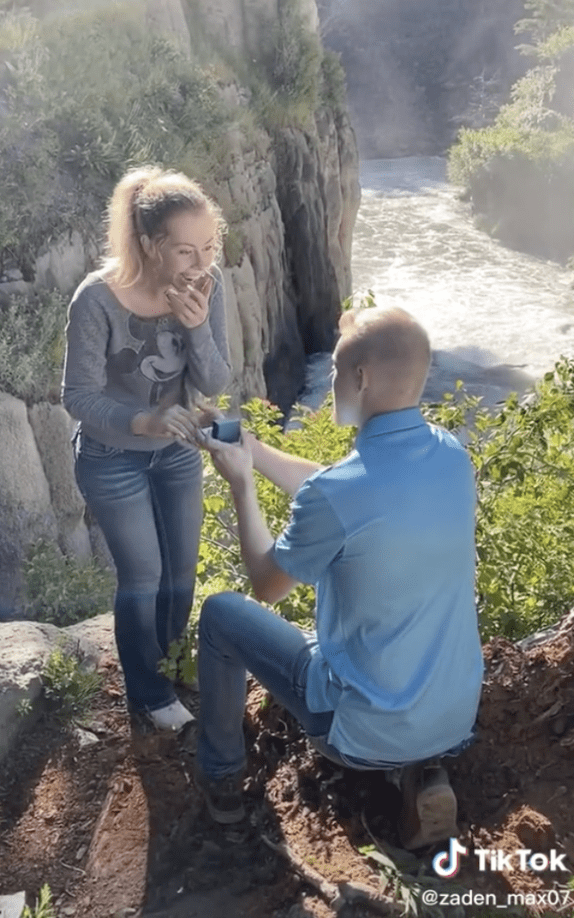 “What I dropped was actually a biodegradable box instead of the actual ring box.

She was really shocked and trying to figure out how to get down the cliff to get the ring.

After I proposed with the real one, she was extremely happy and overjoyed and bawling.”

Watch it for yourself…

Congrats to these two, and we wish them many years of happiness together!

Have you seen any other “indecent” proposals on social media that made you laugh?

If so, please share them with us in the comments. Thank you!