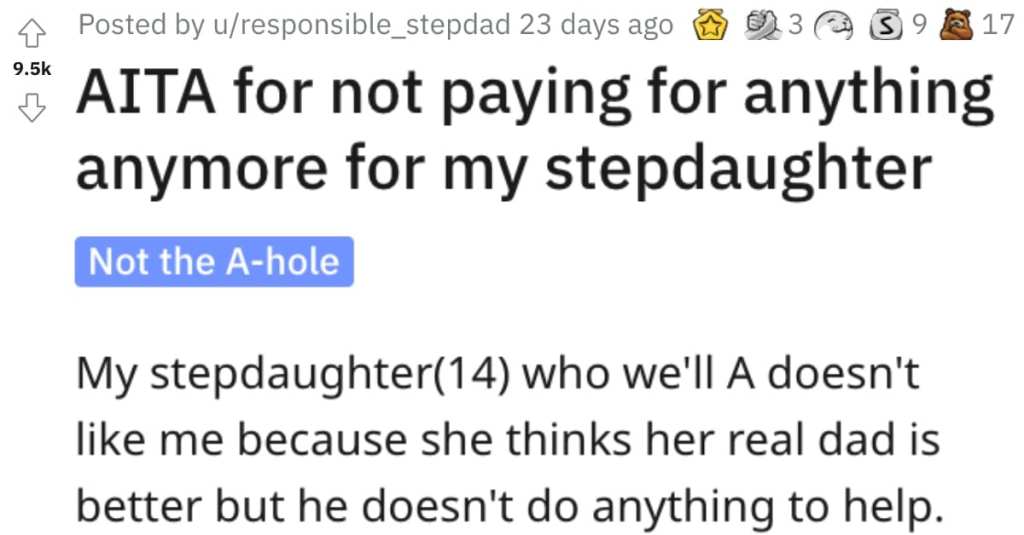 This Guy Refuses to Pay for Anything Anymore for This Stepdaughter. Is He Wrong?

Every parent is different when it comes to how much they choose to provide for their kids or their stepkids.

And we’re about to read a story from a guy on the “Am I The A**hole?” page on Reddit because he’s locked in a battle about how much he’s willing to pay for his teenage stepdaughter.

AITA for not paying for anything anymore for my stepdaughter?

“My stepdaughter (14) who we’ll A doesn’t like me because she thinks her real dad is better but he doesn’t do anything to help. All he does is do crack and use his girlfriends for money.

A believes her dad buys all the things she gets. Her birthday presents, toys, clothes, and gadgets are from all from me or her mom but she honestly believes he gets them for her. She isn’t just rude to me, she’s rude to everyone. Like her mom or neighbor, or just people that bump into her.

My wife has tried counseling and therapy but it’s only effective for a couple of days before she snaps. I haven’t grounded her or anything. I leave the punishing to her mom but she still can’t behave. Recently her birthday came up and I bought her a phone she had been wanting and she called her dad and thanked him while still being rude to me.

I honestly am at my limit. I can’t take this disrespect anymore. I know she’s just a child but it stills gets to me. I told my wife I won’t be paying for anything she needs or wants anymore.

I’m not going to tolerate disrespect while still being financially responsible for her. My wife is saying I’m insensitive and an a**hole but I completely disagree.

Now let’s take a look at how people responded on Reddit. 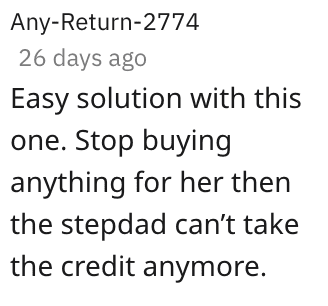 Another Reddit user said that people can be delusional and can create their own realities in their heads. 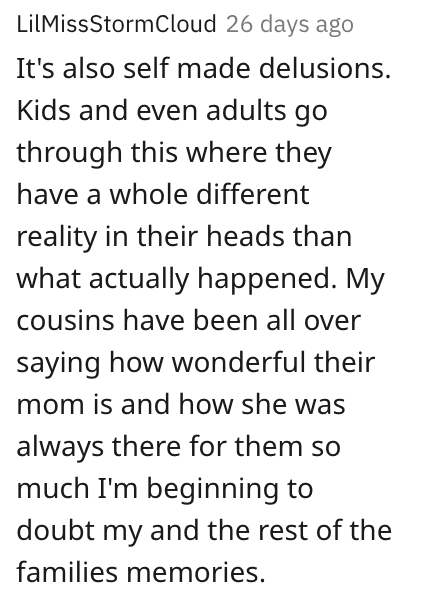 This person said that maybe the stepdad needs to do some things with his stepdaughter instead of not giving her gifts anymore and maybe that would make her realize what’s really going on with her father. 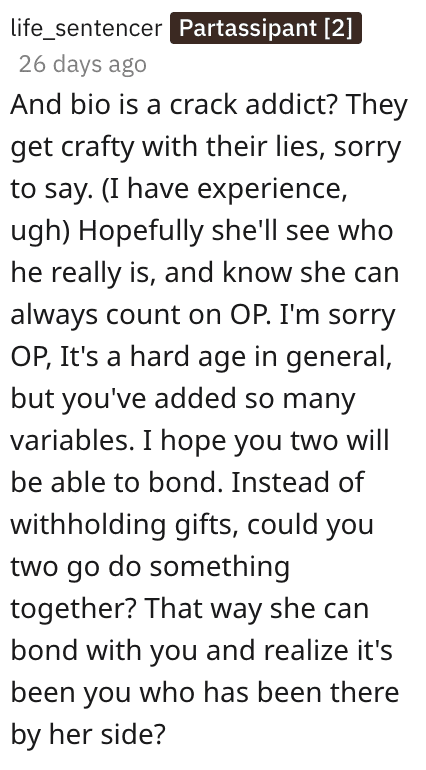 Finally, this person who is an admitted addict said that people who are addicts become very good at lying. And you know the dad in this story is most likely feeding his daughter all kinds of BS. 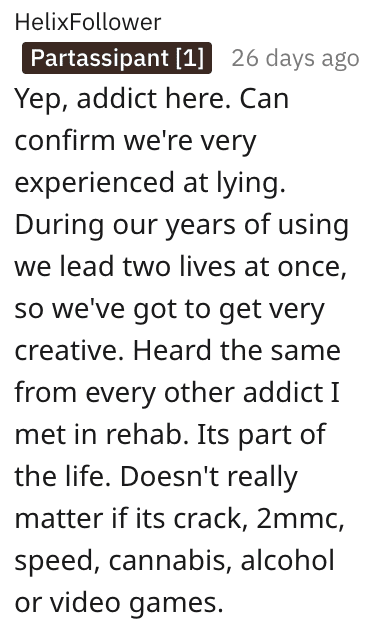 Is this guy being a jerk or is his behavior justified?

Tell us what you think in the comments. Thanks!