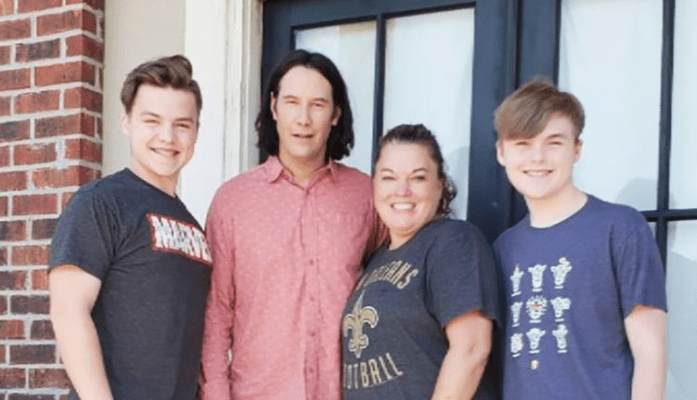 Keanu Reeves Super Fan Left A Sign For Him Outside, And Keanu Actually Stopped At His House

I’ve said it before and I’ll say it again, Keanu Reeves has to be the most-loved man in America right now. (Maybe Jason Momoa is a close second). Reeves is friendly to strangers, he’s a gentleman, and everyone only has great things to say about him. Oh, and he’s one of the biggest movie stars in the world and you know a lot of those folks aren’t like that at all.

But Keanu Reeves is just a genuinely nice guy. And here’s yet another story to illustrate that point. Reeves is currently in Louisiana filming the much-anticipated new film in the Bill and Ted series, Bill and Ted Face the Music. 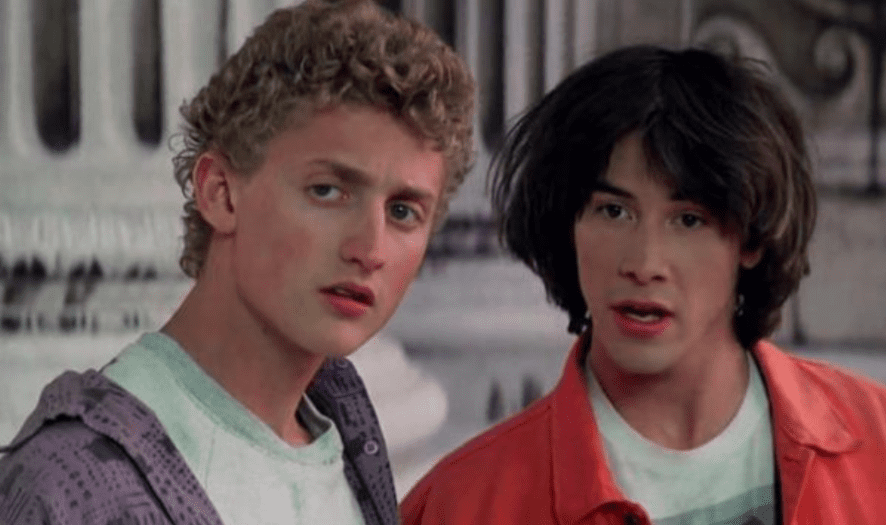 A fan named Stacey Hunt learned that the film was being shot up the street from her house, so she and her 16-year-old son Ethan decided to welcome the big Hollywood star with a sign in their yard.

A little while ago, Reeves became the subject of yet another meme when a fan yelled at him “you’re breathtaking!” so Hunt decided to paint the phrase on a sign and plant it in her front yard for Reeves to hopefully see when he was in the neighborhood.

So what did ol’ Keanu do when he saw the sign? He got out of his car, asked for permission to autograph the sign.

So yesterday this sign was out on a lawn on the way to set. Keanu jumped out of the car and did this. pic.twitter.com/OI1bQJ1nfy

Not only that, he posed for photos with Hunt.

Wow! Yesterday was a dream come true! We knew @KeanuReevess_ was filming up the street so my son said we need to make a sign that says "you're breathtaking" so we did! A few cars stopped but then a car stopped and there he was!! He actually stopped! Oh my heavens! @ed_solomon pic.twitter.com/TBGvAC8kEO

Seriously. Is Keanu Reeves the coolest guy on the planet? I think we all know the answer to that question.

Bill and Ted Face the Music is scheduled to hit theaters in August 2020. I know I’ll be there!