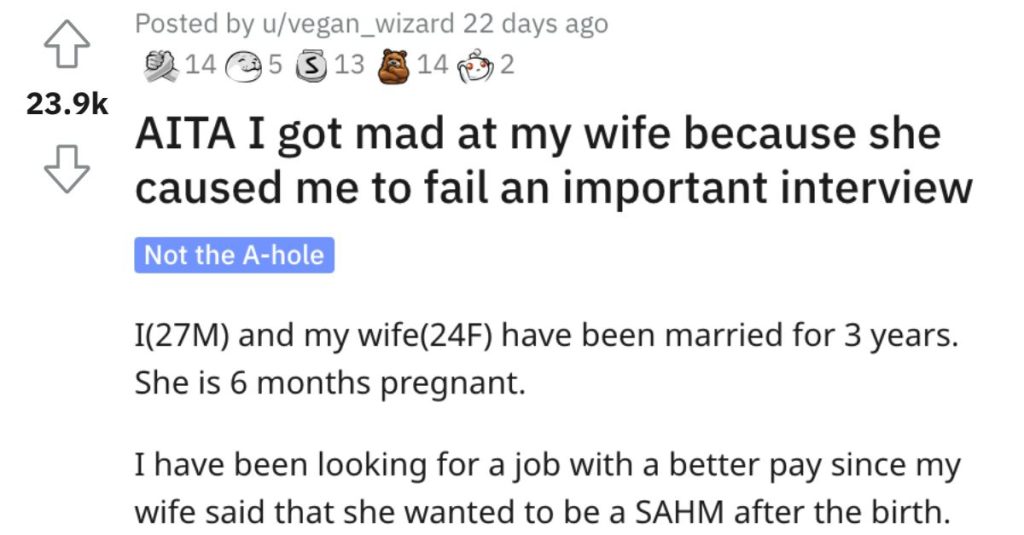 This Man Is Mad at His Wife Because She Caused Him to Mess Up an Interview. Is He Wrong?

I think all of you out there are going to have some serious feelings about this story!

And that’s the beauty of Reddit’s “Am I the A**hole?” page! You get to read about all kinds of drama that’s not happening in your own life!

Take a look at this whopper…

AITA I got mad at my wife because she caused me to fail an important interview?

I have been looking for a job with a better pay since my wife said that she wanted to be a SAHM after the birth.

Today, I had this interview for a position at a very good IT company which would be paying triple my current salary.

There were a lot of measures taken to prevent malpractice. I was not allowed to look anywhere but the screen, etc. The test was conducted on an online platform.

I had told her numerous times before the exam about the strict invigilation.

Just 15 minutes after the test started, my wife started knocking on my study door and calling out my name saying she wanted me to open a jar. I ignored her because I would be disqualified from the interview if I looked anywhere else or spoke… I figured she’d get the hint that I couldn’t talk.

But she didn’t she yelled at me calling me an AH and went on to talk to her friends on call. It didn’t stop at the calls, she played loud music for her online dance yoga class. It was extremely distracting and I made a lot of mistakes in the exam

It was a multiple choice questions based test so I got the results immediately and as expected I had miserably failed it.

I was livid at my wife. This was the 5th interview that she ruined like this. I told her that I give up on trying to make her life easier and that I’m not ready to go looking for any more jobs since she doesn’t even want to maintain silence during important interviews. I told her to start working again after the birth and that I am ok paying for a nanny/babysitter.

She said that in being unreasonable in expecting perfect silence at home.

Hmmmm…take a look at what Reddit users said about this.

This reader said that it sounds like the man’s wife is trying to sabotage him.

And this person said that it seems like the woman isn’t even trying to be respectful to her husband. 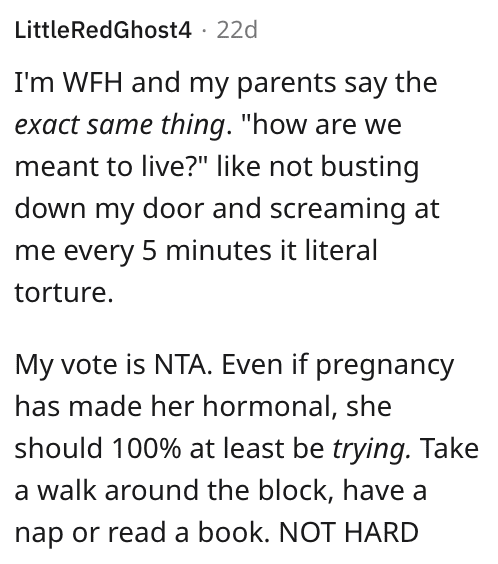 Another individual said her behavior can’t be chalked up to just hormones. 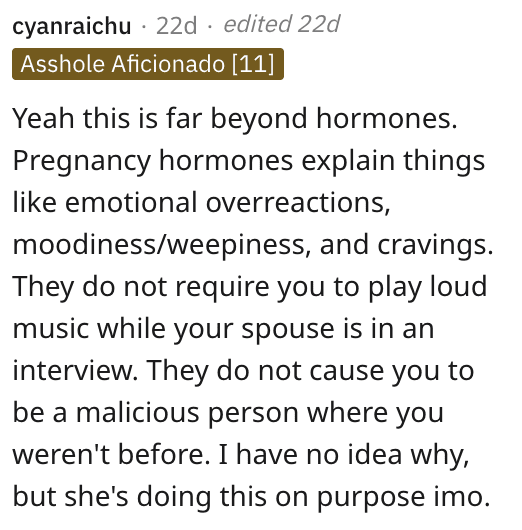 And this Reddit user said that this is a person who isn’t acting like a grown up. 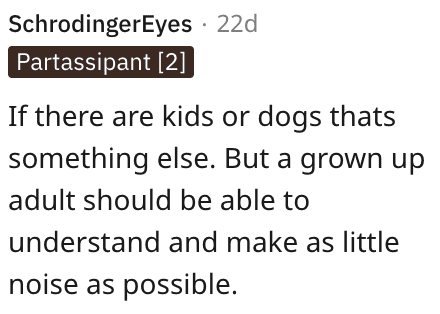 Or was he justified?