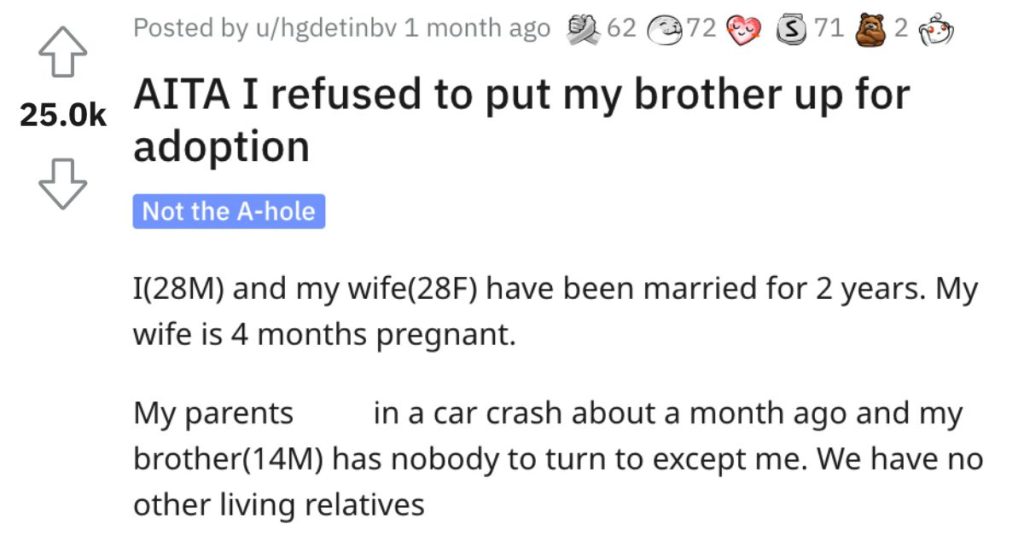 Sometimes, when it comes to family, you have to go above and beyond the call of duty.

And this very sad story from Reddit’s “Am I the A**hole?” page proves that in a big way.

Read on to see if you think this guy is doing the right thing when it comes to his brother and stick around to see how other Reddit users reacted to this story.

AITA I refused to put my brother up for adoption?

My parents d**d in a car crash about a month ago and my brother (14M) has nobody to turn to except me. We have no other living relatives

I decided to take in my brother until he’s an adult but my wife feels like it’s not our responsibility to care for my brother and since she’s pregnant, she wants me to focus only on our child.

I told her that my brother has nowhere to go and hence he’ll be staying with us at least until he’s an adult.

She’s mad at me and is refusing to tall to me unless I put my brother up for adoption.

One reader said that this guy is in no way an a**hole.

And another Reddit user said that this could be a big warning sign from the man’s wife. 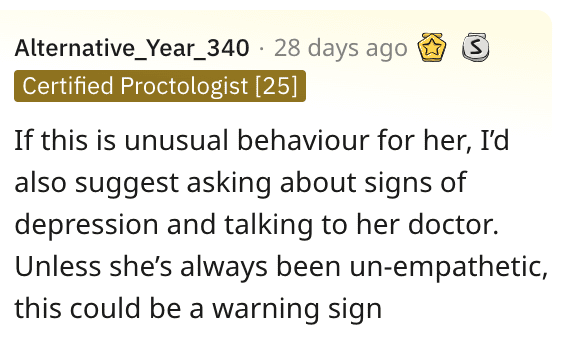 Another individual said that the wife is probably pretty overwhelmed by this but that the man is doing the right thing. 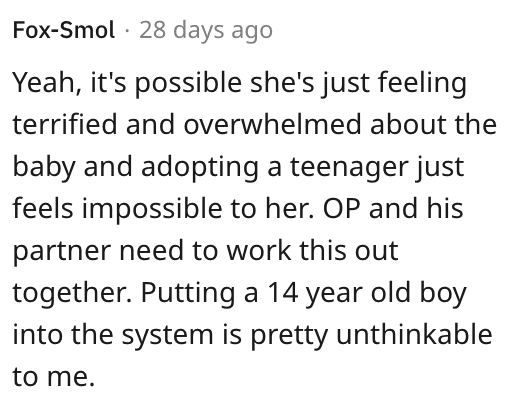 And this reader said that either the man’s wife needs to come around to this idea or maybe they shouldn’t stay together. 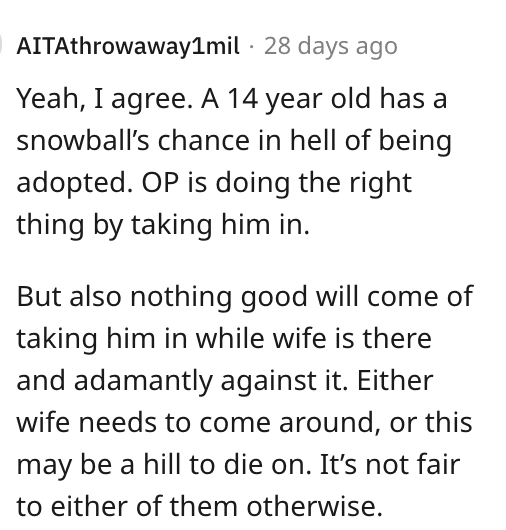