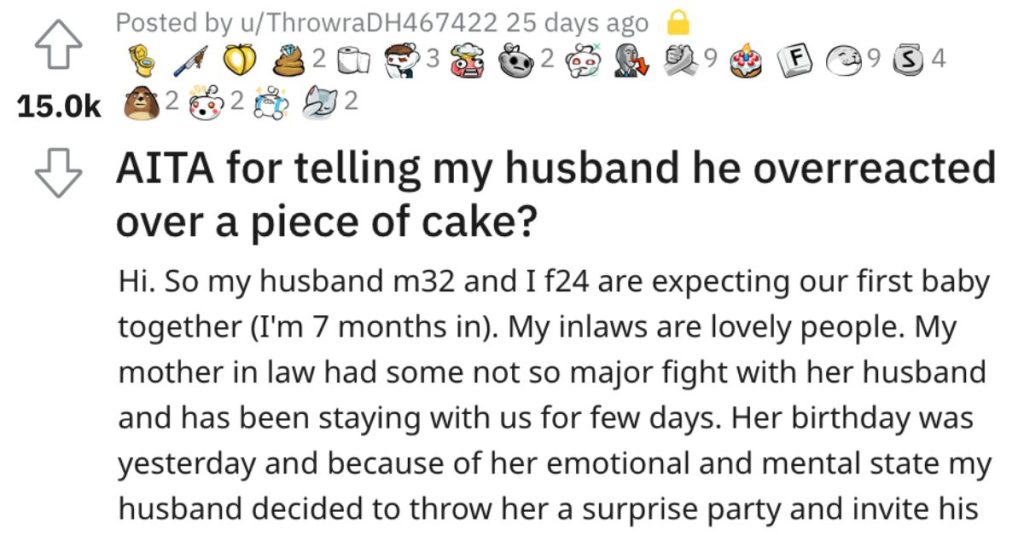 I’ve heard about spouses yelling at each other for a whole lot of different things, but a piece of cake…?

I guess you never know what kind of story you’ll encounter on Reddit’s “Am I the A**hole?” page…

Take a look at this gem…

AITA for telling my husband he overreacted over a piece of cake?

“Hi. So my husband m32 and I f24 are expecting our first baby together (I’m 7 months in). My inlaws are lovely people.

My mother in law had some not so major fight with her husband and has been staying with us for few days. Her birthday was yesterday and because of her emotional and mental state my husband decided to throw her a surprise party and invite his siblings. He got everything ready and I was home alone when the cake arrived from the bakery.

To give info the cake was big and had my mother in law’s favorite flavor (strawberry). I asked my husband for some snack I was craving really badly but he didn’t get them. To be honest I got a bit tempted whenever I looked at the cake and decided to cut a small piece of it. I didn’t think it was a big deal til my husband saw it and flipped out asking why I ruined the cake and cur a piece of it. I said I was sorry but was craving something sweet.

He said that was supposed to be his mothers birthday cake and I embarrassed him by taking a piece of it instead of waiting til the party in just few hours. I said he should have been the one to handle it if he didn’t think I was up to the task but he went off saying he couldn’t believe how childish I was with 0 impulse control to be blaming him instead of checking myself and not be unsupportive.

This made me upset because there were a ton of other stuff he asked me to do and I did it. He kept arguing saying I just caused him the price of cake and an utter embarrassment when his mom sees that I ate from her cake.

I looked at him and told him he overreacted over a piece of cake and asked if a piece of cake was more important than his son and that I was sure his mom will understand that I took my piece of cake in advance because I really couldn’t help myself but he said this wasn’t about me and I have to just admit I messed up and ruined his work then went upstairs.

I refused to come of the room to celebrate after he told me to stay there and I explained to his mom what happened and she didn’t say anything though I noticed she was bothered. He keeps telling me to apologize otherwise he won’t speak to me nor acknowledge my presence in the house.”

Now let’s see what Reddit users said about this story.

This person said that this woman sounds very manipulative. 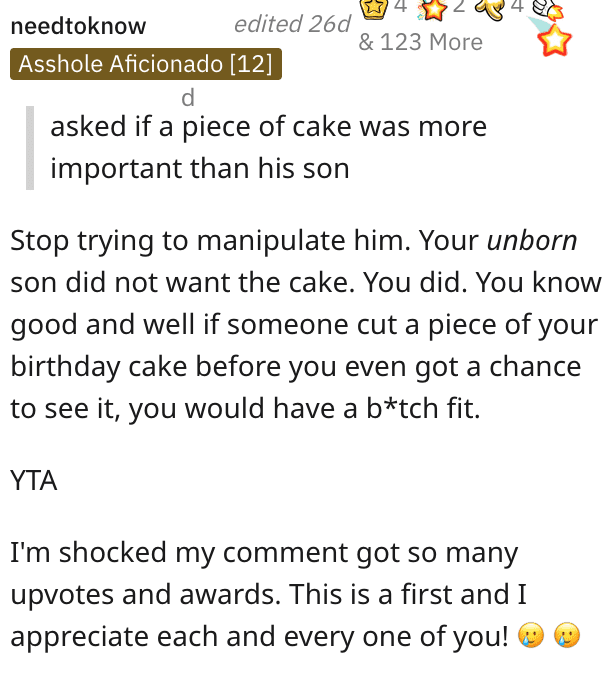 And this Reddit user said that being pregnant doesn’t give anyone a free pass to be an a**hole. 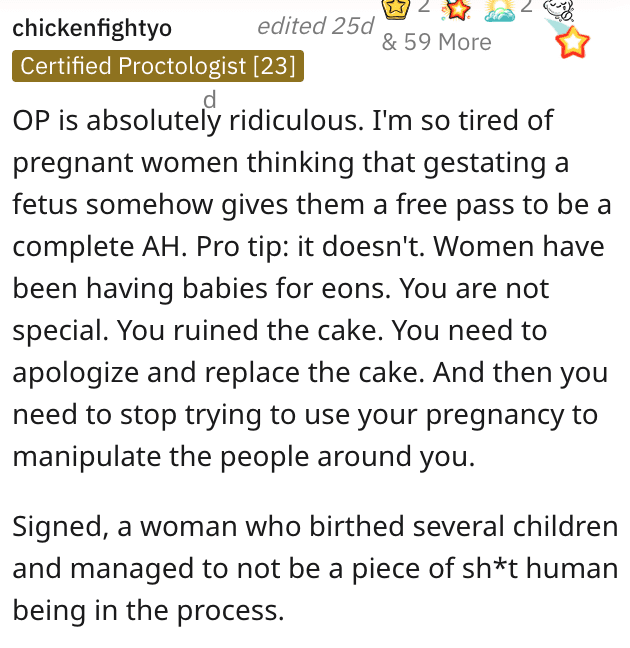 And this person called the woman out as being very dramatic. 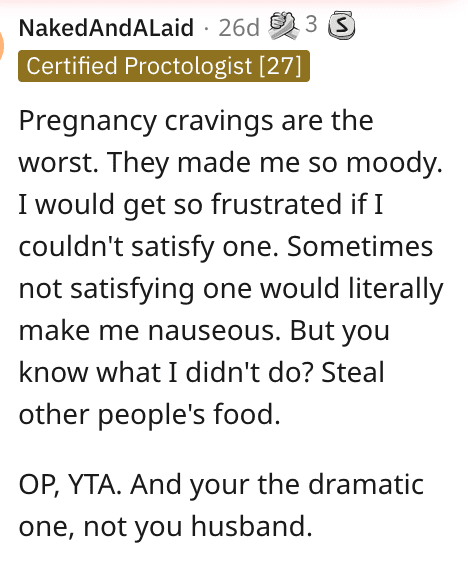 Lastly, this individual shared a funny story about being pregnant and hungry…and she also agreed that this woman was to blame. 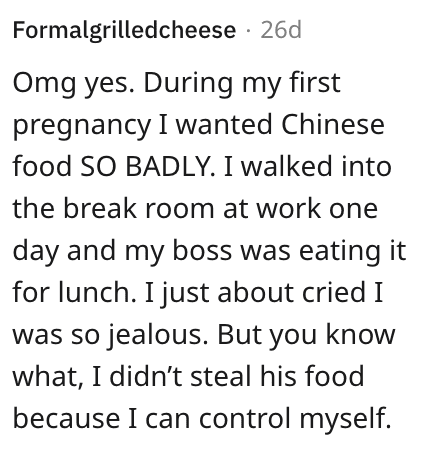