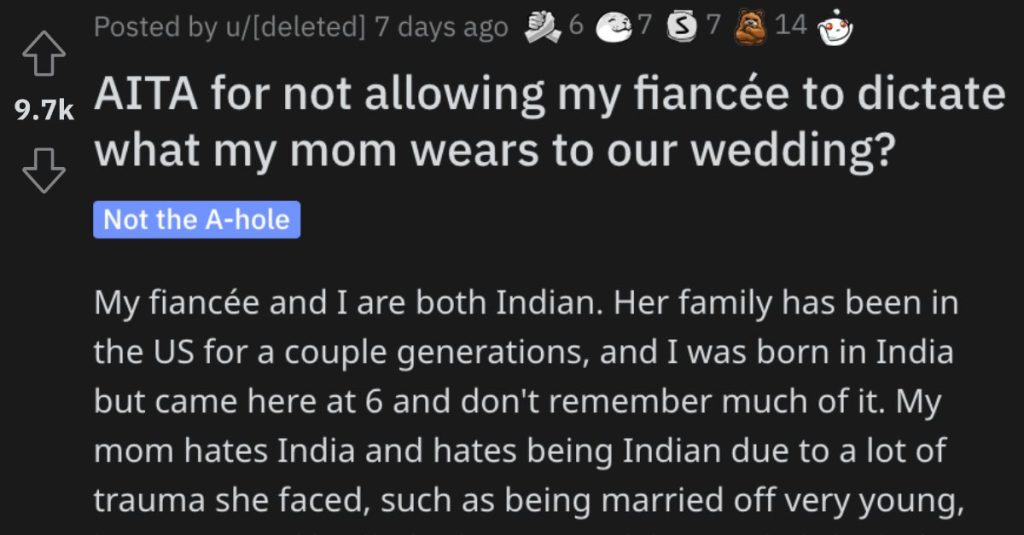 This Man Won’t Let His Fiancée Dictate What His Mom Wears to Their Wedding. Is He Wrong?

Cultural traditions run deep when it comes to weddings and people from India really lean heavily on their heritage.

That’s why this story from Reddit’s “Am I the A**hole?” page caused so much drama in the families of these two people who are about to tie the knot.

AITA for not allowing my fiancée to dictate what my mom wears to our wedding?

“My fiancée and I are both Indian. Her family has been in the US for a couple generations, and I was born in India but came here at 6 and don’t remember much of it.

My mom h**es India and h**es being Indian due to a lot of trauma she faced, such as being married off very young, being treated badly for being a girl, being slightly darker skinned than her sister, and then being trapped in a very unhealthy marriage.

My mom left my dad a couple years after we came to the US and was shamed by her family. She now totally denies being Indian and wants nothing to do with it.

We are having a big mostly traditional Indian wedding, which my mom is cool with, but my mom wants to wear an evening gown and not a sari. My fiancée wants all of the family in traditional Indian attire. This has turned into a huge fight and neither of them are backing down.

My fiancée feels my mom is going to stand out, and that she is being disrespectful by not going along with our wishes for one day. My mom feels that my fiancée is being controlling and invalidating her feelings about her identify.

My mom’s husband got involved and got into it with my future MIL and now everything is a mess. My mom showed me some of the dresses she is looking at and none of them are attention seeking or anything crazy. I put my foot down with my fiancée and said she can’t force my mom to wear a sari.

My fiancée and future MIL think I am being an a**hole, but my mom is grateful and even said she can wear red (traditional Indian color) if my fiancée is so worried about her standing out.

I thought that was a good compromise, but my fiancée feels I am being a spineless mama’s boy.”

And here’s what readers on Reddit said about this story.

This reader said that it sounds like the wife-to-be is being callous and self-centered. 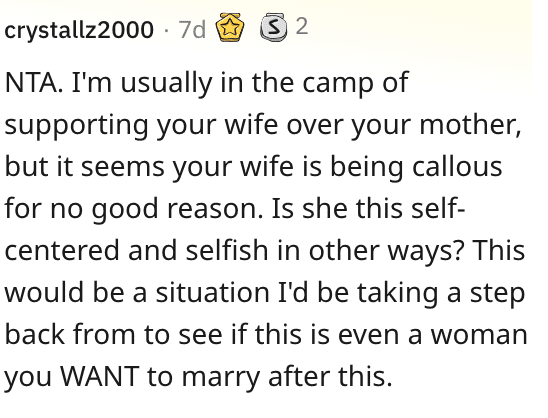 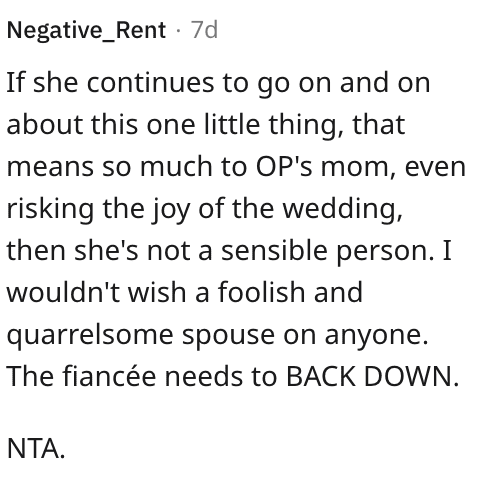 This individual said that the man is not the a**hole and that his mom is already being brave by putting herself in that environment. 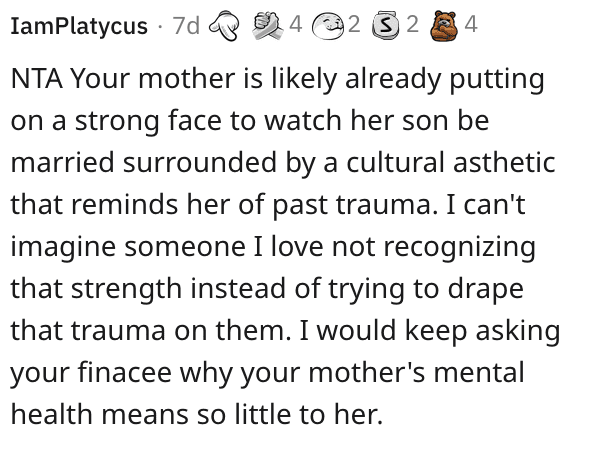 Finally, a Reddit user said that the fiancée’s family should respect the man’s mother, and if they keep this fight up it shows a major lack of empathy. 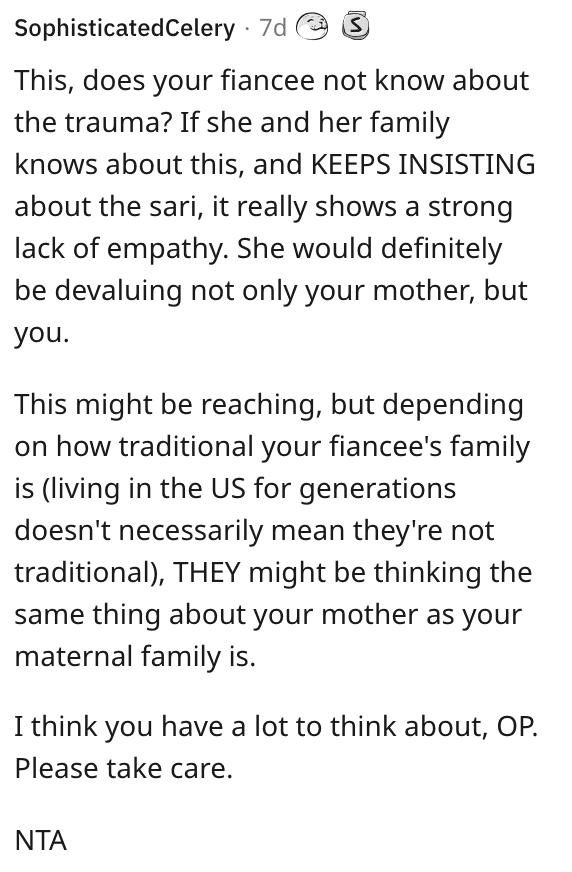