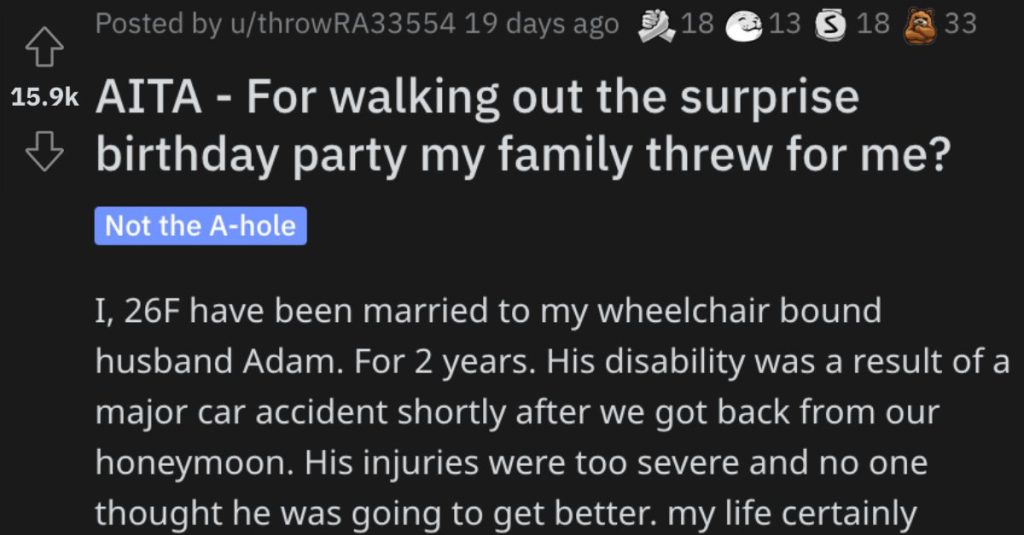 This Woman Walked Out of the Surprise Party Her Family Threw Her. Was She Wrong?

Some people just don’t listen, no matter how many times you tell them something…

And a woman took to Reddit’s “Am I The A**hole?” page to ask readers if she was wrong when she walked out of her own surprise party when her parents went against her wishes.

AITA – For walking out the surprise birthday party my family threw for me?

“I, 26F have been married to my wheelchair bound husband Adam for 2 years.

His disability was a result of a major car accident shortly after we got back from our honeymoon. His injuries were too severe and no one thought he was going to get better. my life certainly changed because now I have tons of responsibilities but I’m happy and blessed to still have him in my life.

Before the accident my family used to invite Adam to events and dinners and visit all the time but not anymore. They don’t see him much but help out with our financial struggles. I been told that being caregiver is huge and unfair since I’m young. My mom tried to set me up with a guy named James (her friend’s son) by inviting me to lunch with him or giving him my number/SM accounts.

I told her it won’t work I love Adam and will care for him for the rest of my life if I had to. I put space between me family and said unless they stop bringing James who was disrespectful towards Adam around me, I won’t visit them. Mom apologized and I haven’t seen James in months which was a relief.

My birthday was days ago and I had to work that day but planned to celebrate with Adam in the evening. At 3pm I got a phonecall from mom asking me to stop by once I get off work. I arrived at mom’s house to find my entire family there setting up a surprise birthday party. I was thrilled, I didn’t think they’d even pay for a party after already helping me with money.

I asked if I could go bring Adam so we could celebrate together but they stalled saying my brother will bring him but the door rang and there was James. I was confused I asked what he was doing there. Mom said I should relax she invited him and his mom. I remained calm and took the gift James brought after so much hasiation. I opened it and there was some jewelry piece.

He made a snide comment asking if Adam was ever able to afford such piece of jewelry. I closed the box and gave it back. They insisted I take it but grabbed my bag and said I was leaving.

Mom said I should stay because the family, sisters, brother, aunt, nephew came together to do this for me. I told her it was rude of her to catch me off guard and invite James to the party. She and dad followed after I walked out asking me to return but I kept walking.

Mom and aunt left messages saying It was disrespectful to walk out like that after the efforts they made to celebrate my birthday. They said I had plenty of time to celebrate with my husband and I shouldn’t have made a scene and embarrassed them ifront of their friends. They said I screwed up and overreacted by being hostile towards those who were trying to be nice and take my mind off the stress.

This person said that the stuff this guy James is doing is plain EVIL. 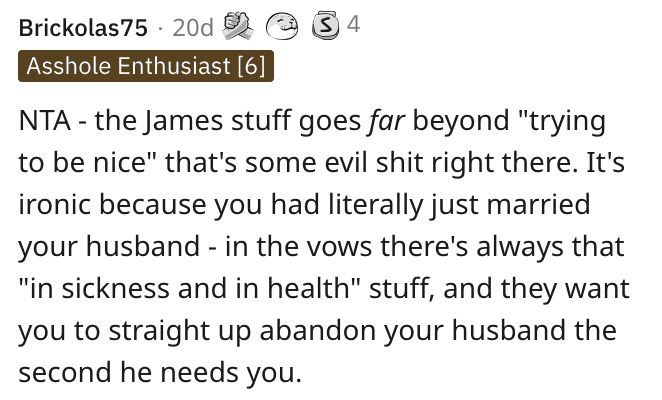 Another person said that James must be nuts if he wants to marry this woman AFTER she would be so horrible to her current husband. 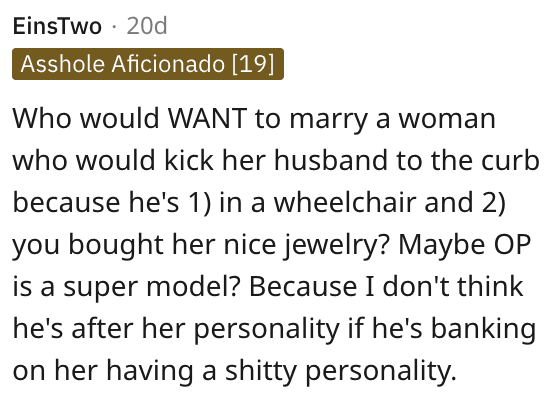 Another individual said that while James did act badly, the woman’s family also gaslit him into acting this way. 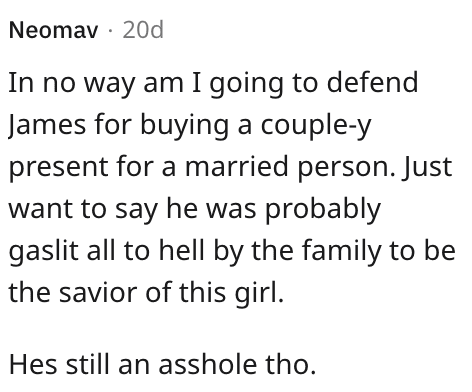 Finally, another person said that this is nothing more than her family trying to sell her off to another man.

They need to back off! 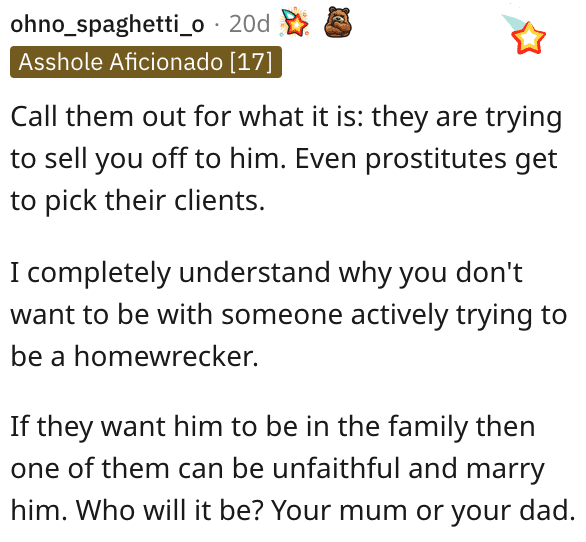 Do you think this woman acted inappropriately?

Or were her actions justified?