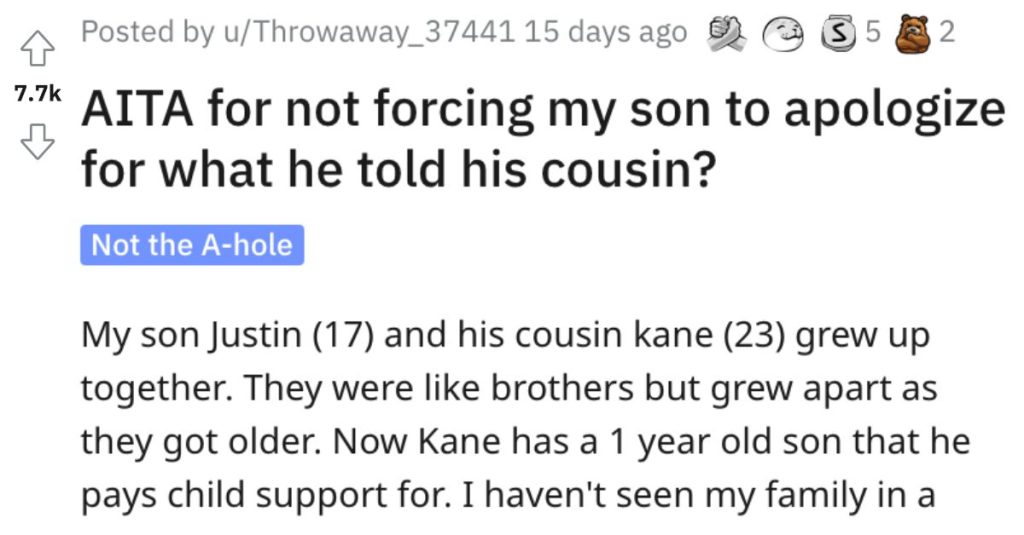 This Parent Wouldn’t Force Their Son to Apologize to Their Cousin. Did They Act Like a Jerk?

Some things in life call for apologies and some DEFINITELY don’t.

So how do you sort them out?

A parent asked folks on the “Am I The A**hole?” page on Reddit if they were wrong for not making their child apologize to a cousin.

AITA for not forcing my son to apologize for what he told his cousin?

They were like brothers but grew apart as they got older. Now Kane has a 1 year old son that he pays child support for. I haven’t seen my family in a while due to work but I arranged a family dinner at my home and my sister and Kane came with my parents.

Justin bought a new iphone recently with his own money. Kane saw it at dinner table and asked Justin if that was a new phone, Justin noded then Kane said “man, I don’t remember the last time I bought something nice for myself” then went on a rant about his son’s mom and her never-ending demands for money to get clothes/toys/food for his son.

Justin said that his son’s needs aren’t demands and he shouldn’t see it that way since he’s the father and is obligated to provide for his kid. This somehow upset Kane. He turned his face towards justin and casually said:

“Yeah…sorry but I don’t take any parenting advice from virgins”.

Everyone got quiet and Justin looked around and saw the impact of what his cousin said on everybody’s face. He has medical reasons for not being able to be in a relationship so this must’ve really got to him.

He replied – “well, at least I don’t have to pay child support so I’m going to enjoy every penny I spend the best I can”.

Kane was fuming but Instead of lashing like he always does, he put his fork down, his cab on then got up and walked out. My sister followed then asked me for a private minute.

She got angry saying my son overstepped the line with his passive aggressive, backhanded comments towards his cousin and should stop rubbing his new electronics and gadgets in Kane’s face with complete disregard of his struggle and inability to afford one or two of the things Justin has.

I told her humiliating my son and using his medical condition to gain advatage in an argument was a low blow then said that Kane started it by bugging his cousin who, by the way, was minding his own business.

She said his behavior was childish and that he had it coming the minute he “tested” his cousin and he 100% deserved to be shut down for talking to him like that and should be forced to publicly apoliogize so he won’t do it again. I refused to make him apologize after she insisted. Which made her complain about what an enabler I was.

The dinner was ruined and she left. My father said I should make Justin apologize for causing kane to leave dinner so we could get this over with but I said I won’t.

One reader said that the cousin is the a**hole here, no doubt about it. 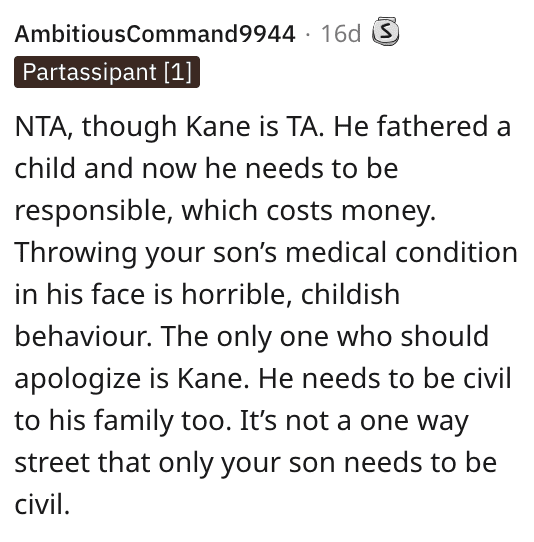 Another reader said that this parent is also acting like these two are little kids, not old enough to be considered adults. 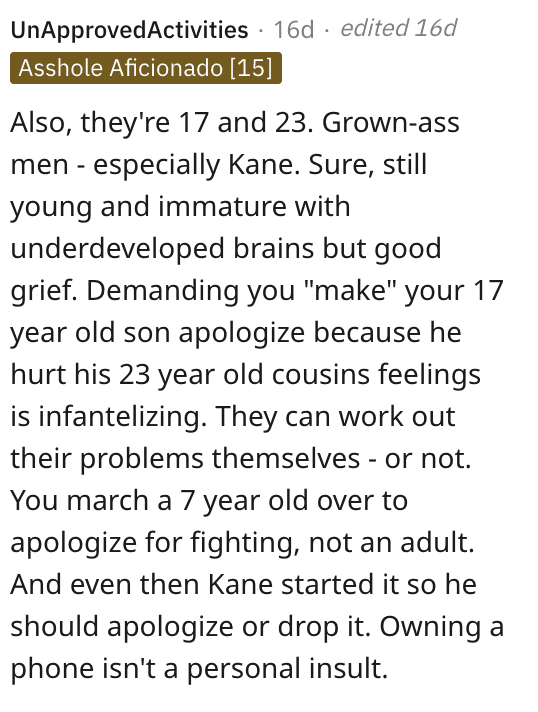 Another Reddit user said that the cousin sounds like a spoiled brat and that the younger kid is not the a**hole. 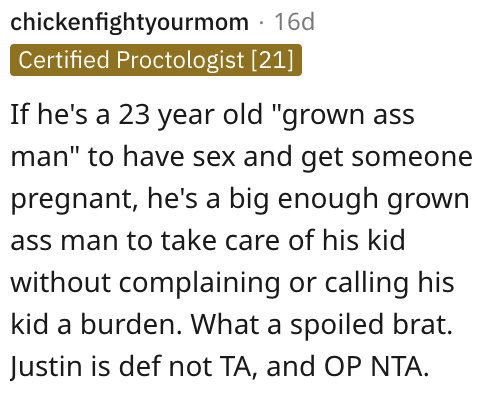 Finally, another Reddit user said that the younger kid was actually much more mature in this story. 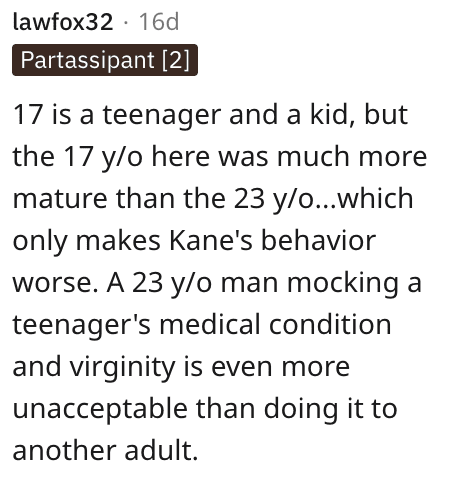