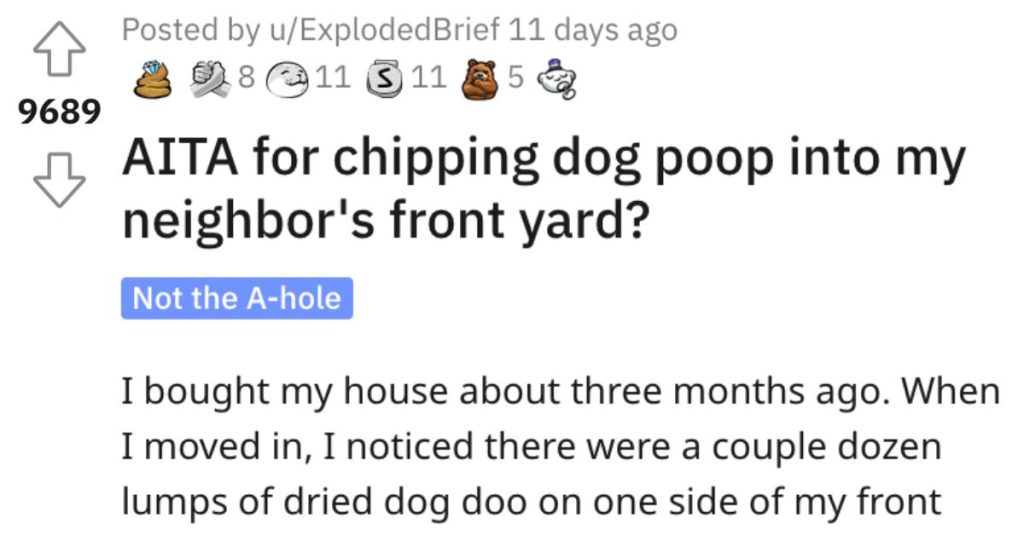 Person Gets Rid of Their Neighbor’s Dog Poop From Their Yard “Creatively”… Are They Wrong?

Sometimes in life, you have to get creative…

And that includes how to get rid of doggie doo-doo, too!

Take a look at this story from Reddit’s “Am I the A**hole?” page and see if you think this person acted inappropriately…

AITA for chipping dog poop into my neighbor’s front yard?

“I bought my house about three months ago.

When I moved in, I noticed there were a couple dozen lumps of dried dog doo on one side of my front yard. Before I mowed the first time, I went out and picked them up with a plastic bag over my hand.

The next day I noticed a couple more fresh turds on my lawn, so I kept an eye out for the culprit. It didn’t take long to realize that my next door neighbors have some sort of Benji-looking fluff ball of a pooch that they let out unattended a couple of times a day.

The dog would sniff around for a while, then run over into my yard and poop every time. It was as if he were trained that way. The daily poo accumulation rate seemed to be two or three.

I hardly knew my neighbors, so I was hesitant to approach them with this sort of issue right out of the gate. I waited a couple of weeks, but I made sure to go out and pick up the poop while my neighbors were outside. One Saturday afternoon, I saw my neighbor out front while I was tending the garden.

I said hello and started a simple conversation. After a few minutes, I mentioned the poop and said it would be appreciated if they could pick up after their dog. My neighbor laughed and said that’s not from his dog… that there is a stray dog in the neighborhood that does that everywhere. Hmmm… what to do.

I decided to “train” my video doorbell to the poop zone and set the sensitivity to high. Within a week, I had a robust collection of video evidence incriminating my neighbor’s dog. I’m no poo-pathologist, but it’s also pretty clear to me that all the poo in my yard came from the same doggo bung hole.

Armed with mountains of evidence, I took the opportunity to approach my neighbor’s wife when she was walking the dog. I didn’t go into forensic details, but simply asked her if she wouldn’t mind picking up after her dog in my yard. She also denied it, and the conversation ended awkwardly at best.

I spent several more days noodling over what to do and decided to take matters into my own hands. I pulled a pitching wedge out of my golf bag and proceeded to chip dog scat from my front yard into my neighbors. Beyond solving my immediate problem, I could also work a bit on my short game.

This went on for a some time. It became a weekly ritual that I sort of enjoyed. I did it without shame and in broad daylight. Everything was copacetic until last Saturday.

I was out doing my thing when my neighbor’s wife barged out her front door screaming. She told me that I can’t do that and called me every name in the book (including the obligatory A-hole word).

I tried to keep my cool and told her that I was simply returning what was theirs. Last thing I heard was that she was calling the police as she left. I continued and finished up my chipping session.

And here’s how Reddit users reacted to this story…

This person summed it up perfectly. 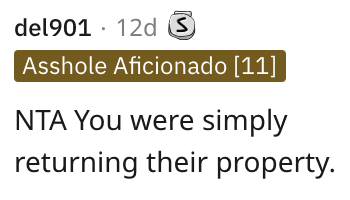 And this Reddit user said the person had no choice. Ha! 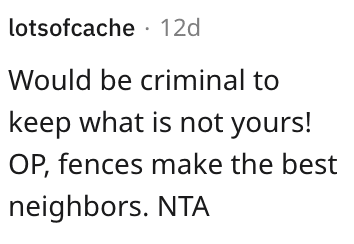 This individual said that this person was only returning property that wasn’t theirs. 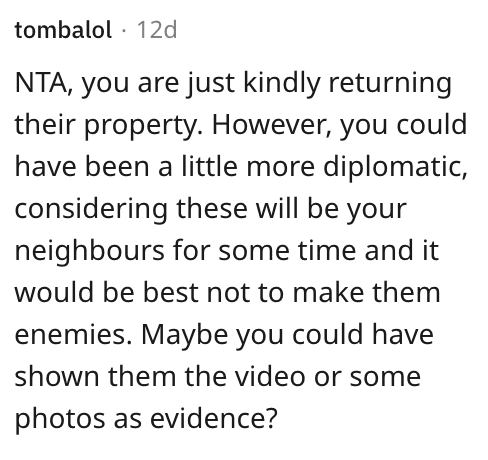 And this person said that the neighbor was out of line because they lied about this whole situation. 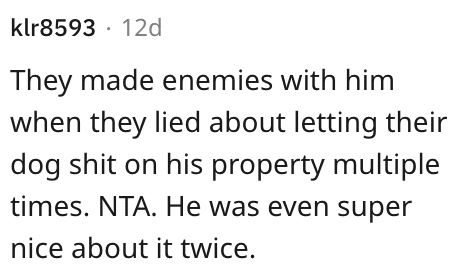