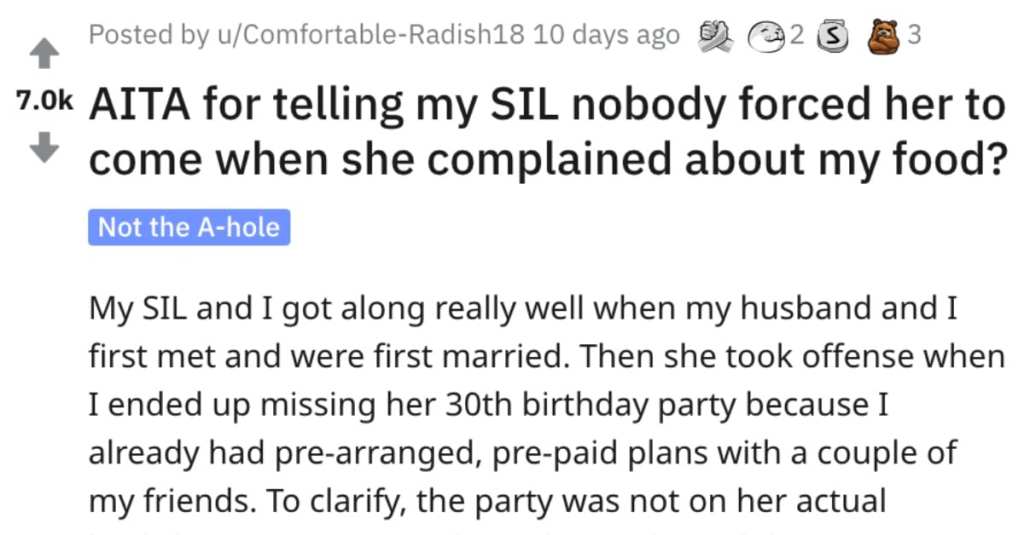 This Person Put Their Sister-in-Law in Her Place for Complaining About Food. Were They Wrong?

People tend to get worked up about all kinds of things, and one of the big ones folks complain about is FOOD.

AITA for telling my SIL to shut it when she complained about my food?

My SIL and I got along really well when my husband and I first met and were first married.

Then she took offense when I ended up missing her 30th birthday party because I already had pre-arranged, pre-paid plans with a couple of my friends. To clarify, the party was not on her actual birthday, it was two weeks earlier and so I didn’t see any reason to check the date with her.

But she could not accept me picking them over her which is how she views it. Even my husband told her it wasn’t fair to expect me to lose out when it’s not like I planned it on her actual birthday. But it hasn’t been the same since.

Ever since, whenever we’re hosting my ILs or whenever we bring food, she criticizes it. My husband and the rest of the family have called her out on being ungrateful. They have told her she should let the party thing go but she doesn’t. My cooking or baking was never an issue before she got pi**ed about me not being there for her birthday. She used to ask me for recipes and we’d cook together for Christ sake.

This past weekend we hosted a small dinner with family (both sides) to celebrate the impending arrival of mine and my husbands first child. Kind of like a baby shower but smaller and much less fuss. SIL was going off on the food again and I had enough.

I told her nobody was forcing her to come if she hated my food so much and maybe we would all be better off without her constantly s**t talking me through everything, even such a happy occasion.

She was pi**ed. She was so pi**ed. Even more when only one relative (another SIL) came to her defense or called me out. It’s now created tension between the family and I’ve been called a bi**h, an a**hole, a petty bi**h, all sorts of other stuff and I feel bad for lashing out the way I did.

This person said that person was not an a**hole and that the sister-in-law was put in her place the right way. 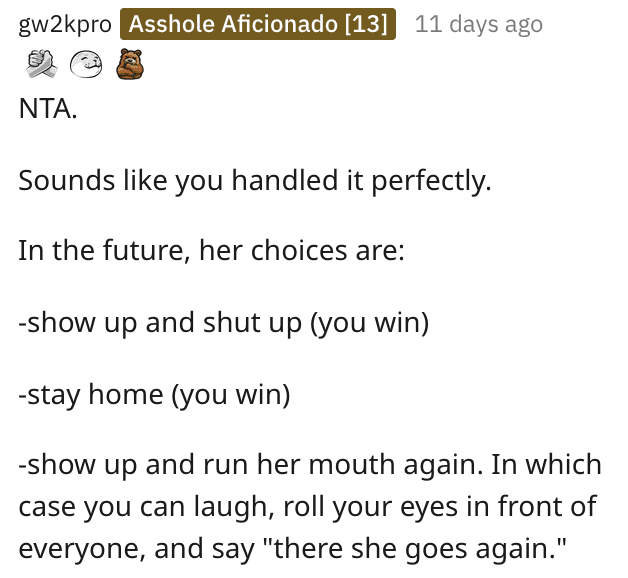 Another reader thought up a fun idea about the SIL.

How about they make a game out of her bad attitude?!?! 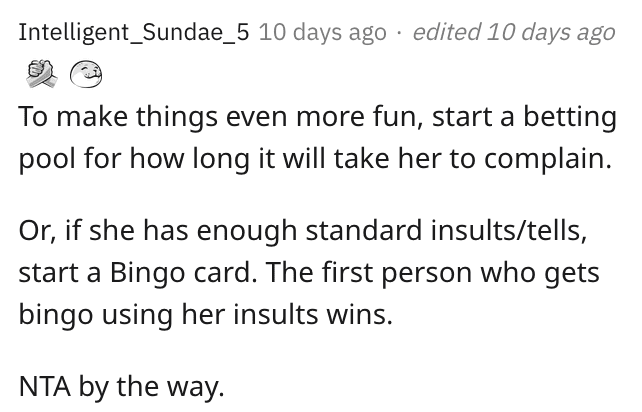 This individual said that no one should have to put up with rude behavior in their own home. 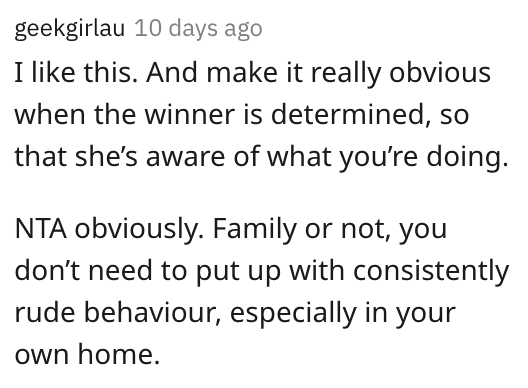 Lastly, a Reddit user said that the person’s family should have stuck up for them in this situation and that the SIL needs to know what the consequences are for being rude. 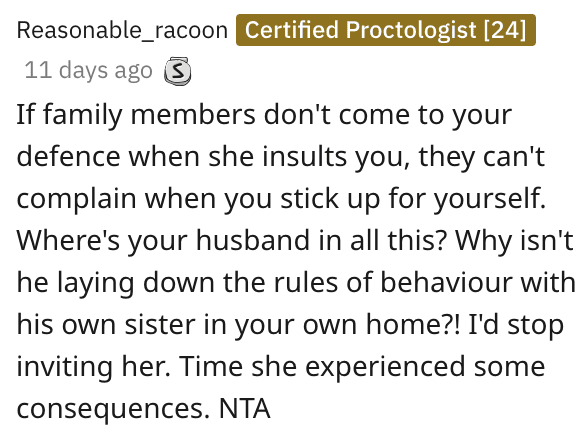