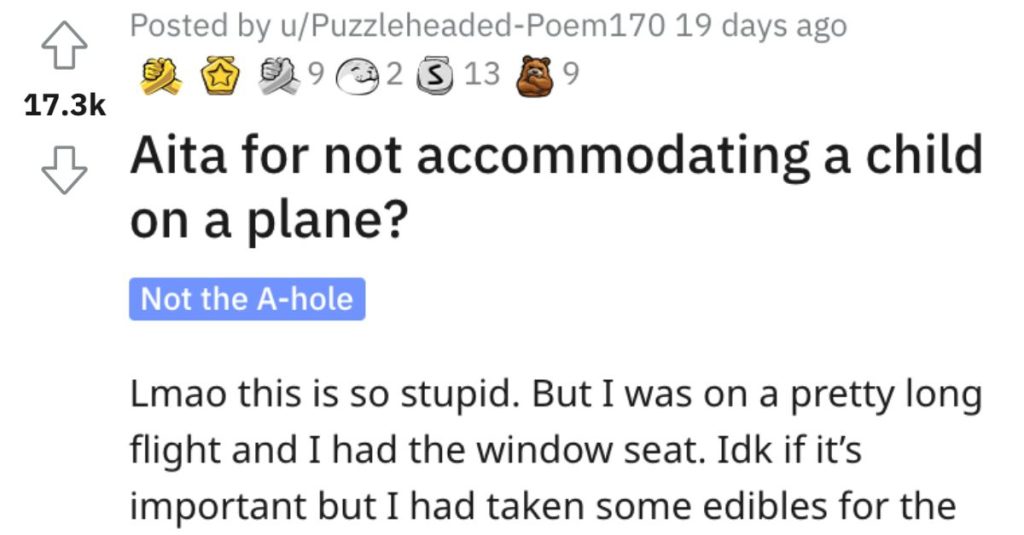 This Person Refused to Accommodate a Child on a Plane. Were They Wrong?

You’ve no doubt heard of Snakes on a Plane, but what about Jerks on a Plane?

Okay, I just made that up but this person asked readers on the “Am I the A**hole?” page on Reddit if she acted inappropriately on a plane…and it was all about accommodating a child…

AITA for not accommodating a child on a plane?

“LMAO this is so stupid.

But I was on a pretty long flight and I had the window seat. Idk if it’s important but I had taken some edibles for the flight. Next to me is a mother and her child(2/3y).

The first incident happened, when the mom asked if I would trade seats so her child could look out. I declined and said I would rather sit in the seat I paid for and then I proceed to put in my AirPods and started to watch some New girl and I could hear the child cry and be upset that I wouldn’t .

A few hours later, I was playing a game on my phone and the child was very focused on it, but then as everyone here probably know you get tired of mobile games, so I turned it off. The mom asked if I wouldn’t mind keep playing as it was entertaining her son.

I said no and as soon as I did that the child starting crying and trying to grab my phone, I just simply raised my hand so the child couldn’t reach, so I said in a louder tone, “please control your child” which made the mom grab the boy and freak out at me and her screaming at me that I shouldn’t be such an a**hole and only think about me.

This reader said that the mother of the child is to blame here. 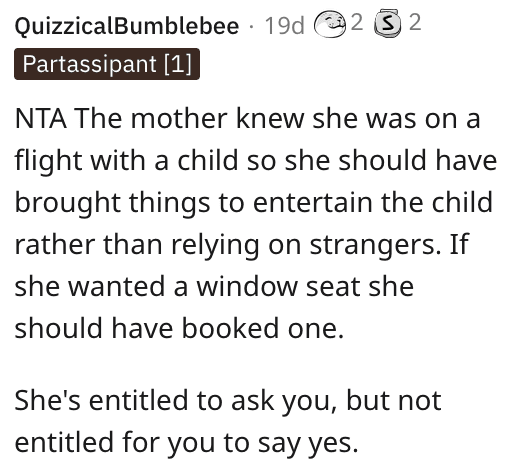 Another individual said that this mom may have been looking to take advantage of another person’s kindness. 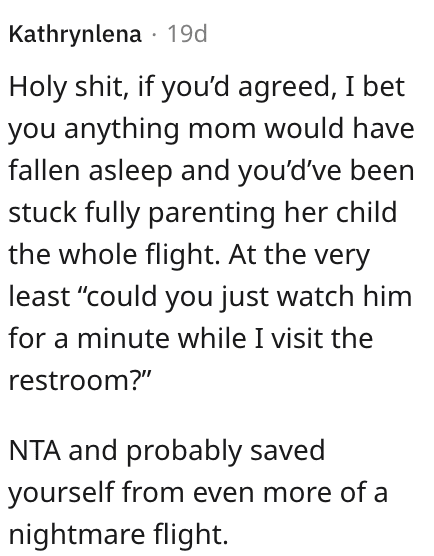 This Reddit user said that single travelers shouldn’t have to deal with other peoples’ kids. Amen! 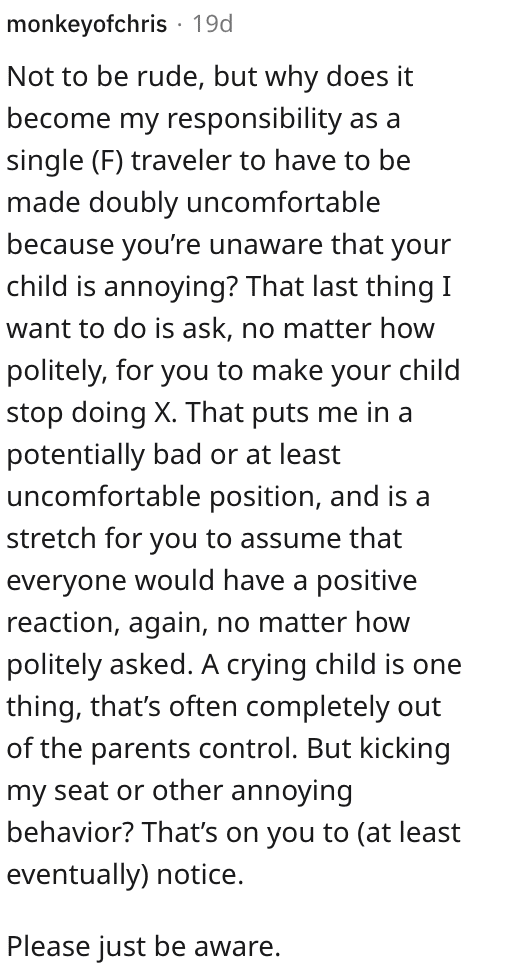 And this person said that they’re also tired of being asked to give up their aisle seat. I feel this one… 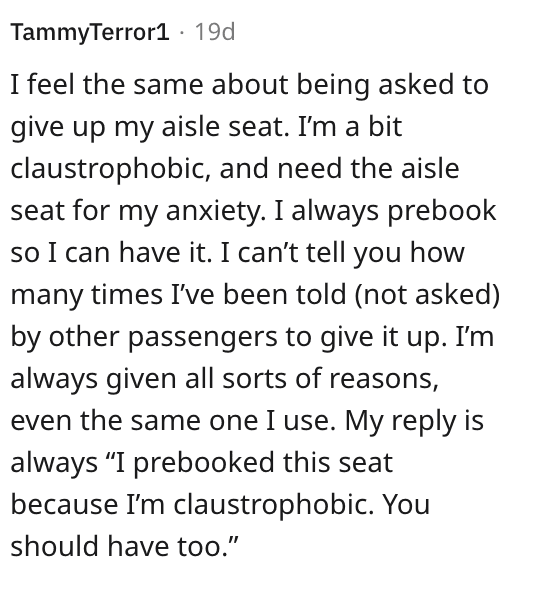 Do you think this person behaved badly?