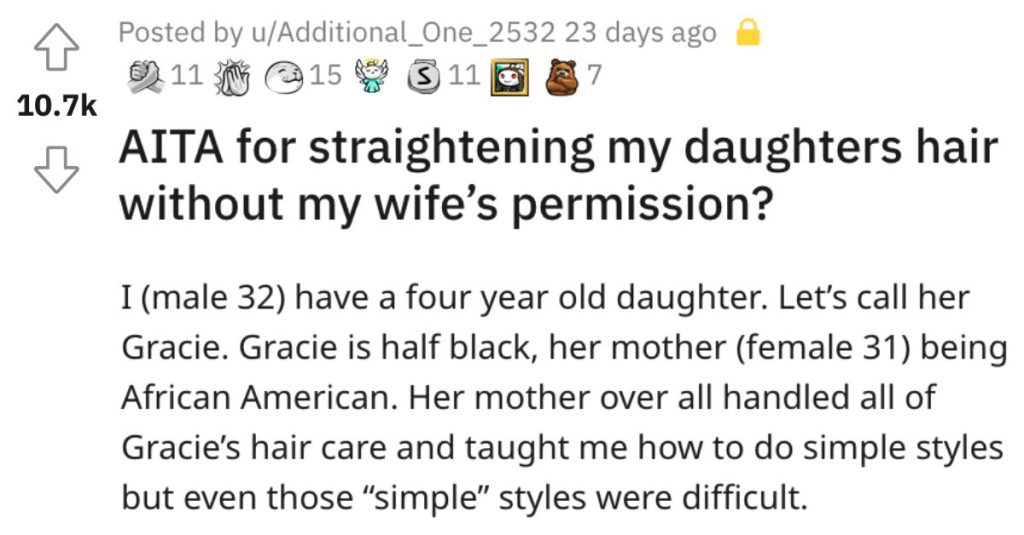 Is This Guy a Jerk for Straightening His Daughter’s Hair Without His Wife’s Permission? People Responded.

You know some parents get worked up when one does something without the other’s permission.

And today we have a story from a dad who is wondering if he acted like an a**hole when he updated his daughter’s look without the baby mom’s permission.

AITA for straightening my daughters hair without my wife’s permission?

“Am I the a**hole for straightening my daughters hair without my wife’s permission?

I (male 32) have a four year old daughter. Let’s call her Gracie. Gracie is half black, her mother (female 31) being African American. Her mother over all handled all of Gracie’s hair care and taught me how to do simple styles but even those “simple” styles were difficult.

My wife ended up going on a vacation with her friends to celebrate her friends birthday and my mother came over to visit. I hadn’t done Gracie’s in a few days so it became nappy and unmanageable. When I tried to comb her hair the comb broke. My mother said that I should get my daughter a perm so her hair would be more manageable so I took her to a salon and got it permed.

My wife got home and when she saw our daughter she was livid. She screamed at me and then at my mother for even suggesting that but I think she’s overreacting because it’s just hair. Then she brought up our wedding.

My mother had tried to get my wife to straighten her hair for the wedding but my wife refused because she wanted her natural hair on her wedding day so she could be as natural as possible.

My mother often comments on my wife’s and daughters hair and I agree with my mother. But now my wife’s telling me that perms chemically burn and damage hair to change the texture and that I “damaged” our daughters hair.

Now she’s thinking of getting our daughters hair cut so her hair can “heal from the damages” but I still think she’s overreacting. Besides, I don’t want my daughters hair to be cut. She looks so cute now.

Am I the a**hole for straightening my daughters hair without my wife’s permission even though Gracie is my daughter too?”

Now let’s see how Reddit users reacted to this story.

One reader said that this guy seems pretty clueless about black culture…which he should know about. 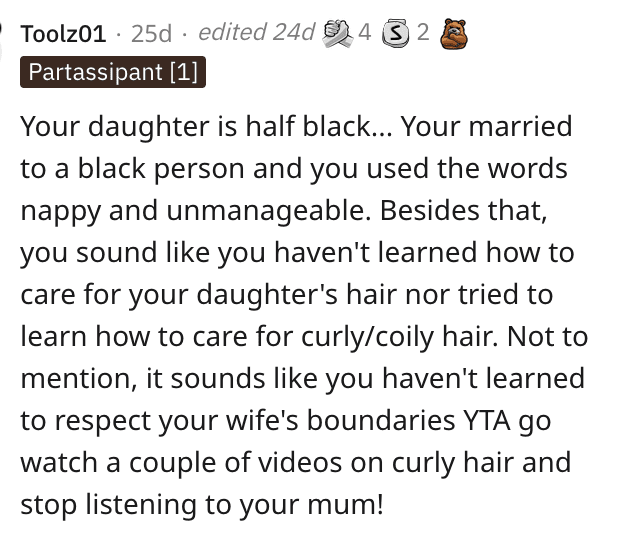 Another Reddit user said that he should not have done this to his daughter when she is so young. 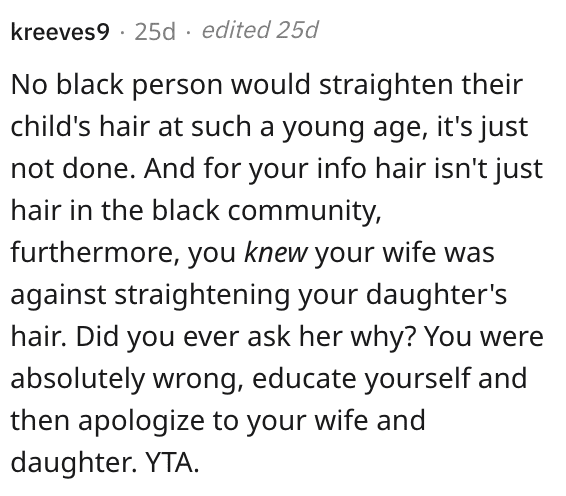 This person said that the guy probably made his daughter feel bad with his actions. 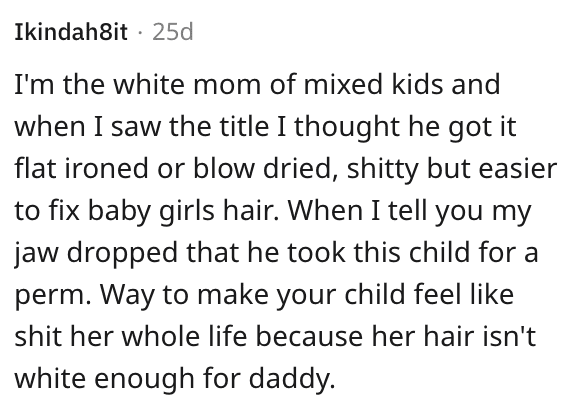 And this individual said this guy went WAY overboard with what he did. 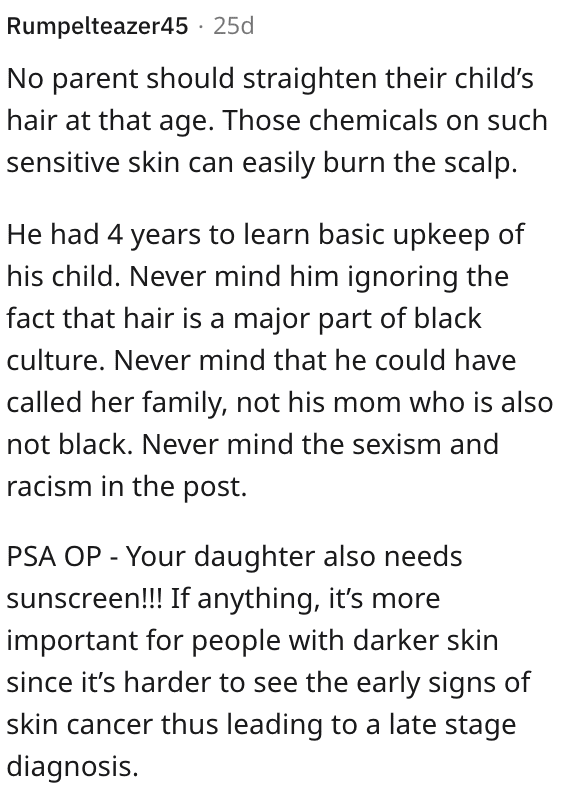