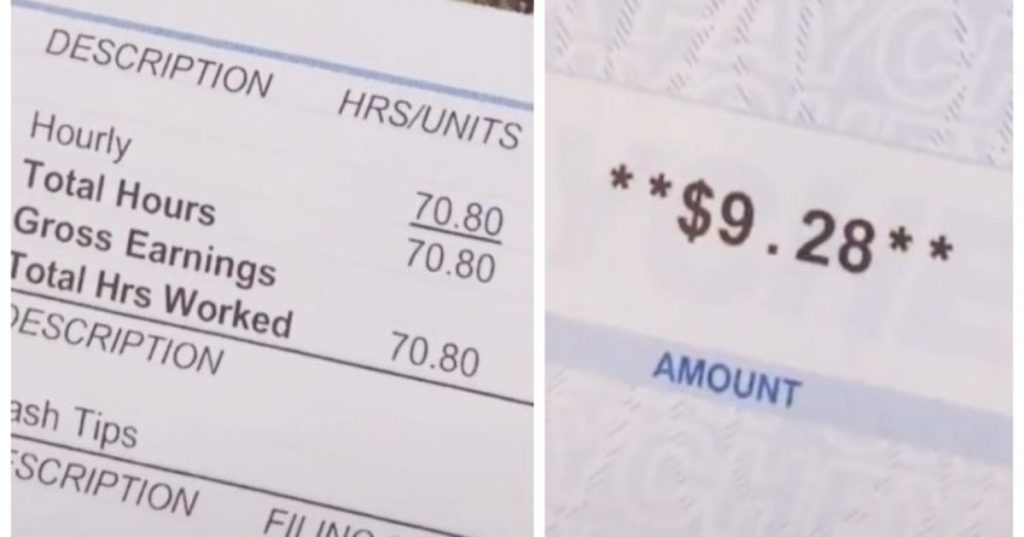 If you’ve ever worked as a server in an American restaurant, then this story won’t shock you.

The fact is, restaurants are required to pay their staff minimum wage like everyone else – but that minimum wage includes tips that employees claim at the end of every shift. 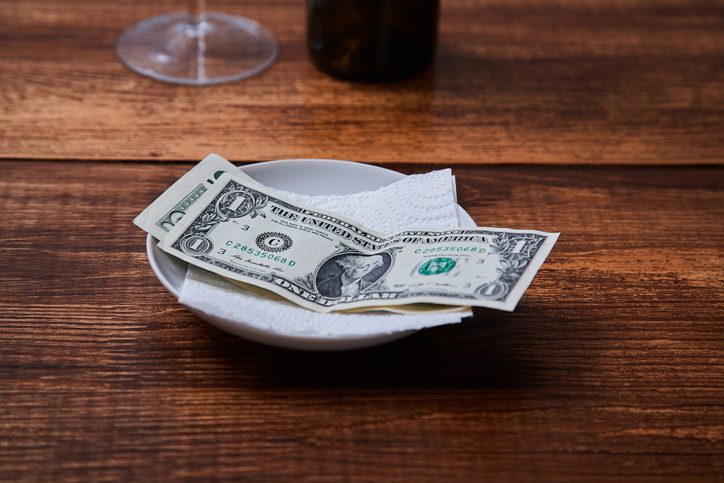 So, as long as you make more than the required minimum wage per hour in tips, the restaurant doesn’t have to pay you much (typically around $2.13) an hour themselves.

It’s kind of crazy when you think about it, but it’s true!

This working mom posted a picture of a paycheck that included 70 hours of work, and her total wage? 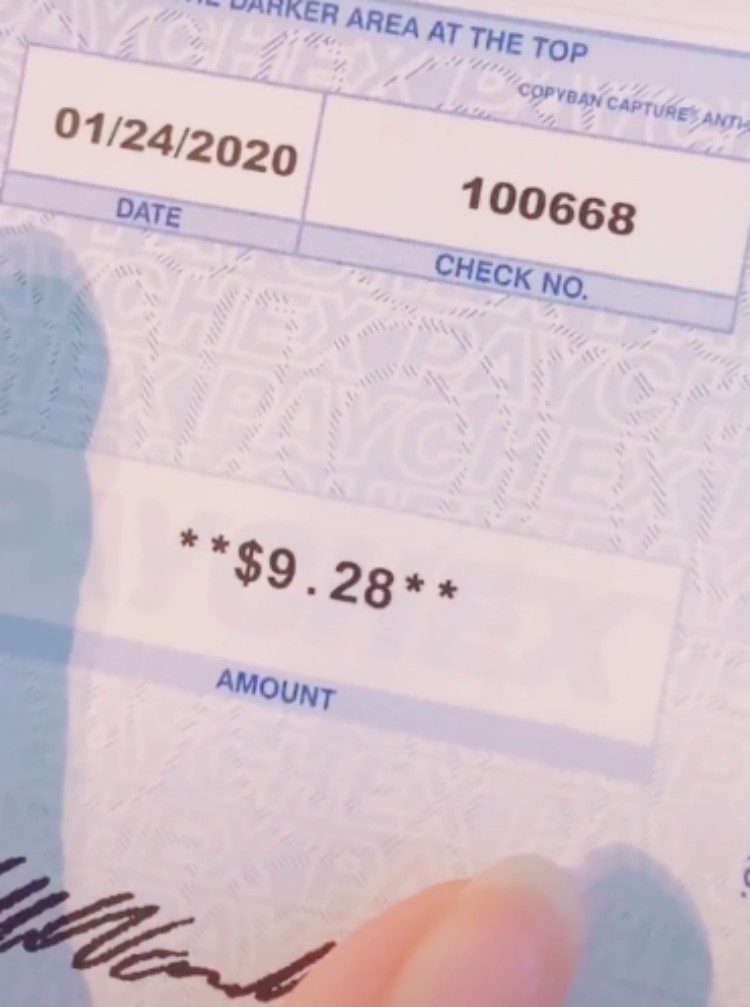 Now, she obviously made more than this – at least the federal minimum wage – but it is a reminder that, if you live in the States, tipping employees who rely on them isn’t an optional part of dining out.

In her video, she talks about why it’s important to remember people like her when you dine out.

“There are laws set up that allow tipped employees to be paid under the federal minimum wage, which makes us rely on the customer to pay our wages. It’s not right that we have to do this, but I want to shed some light on the issue and inform the public about the importance of tipping.”

And yes, tipped employees are required to declare – and pay taxes on – their tips.

“I just wish we were all being paid adequately and consistently. As you can see by my check I cannot afford to live of of $2.13 an hour, so I solely rely on the generosity of my customers.”

Did you have any idea how much servers and bartenders receive per hour from their employer versus how much they rely on customers? Do you think it’s fair?

Let’s talk about it down in the comments!