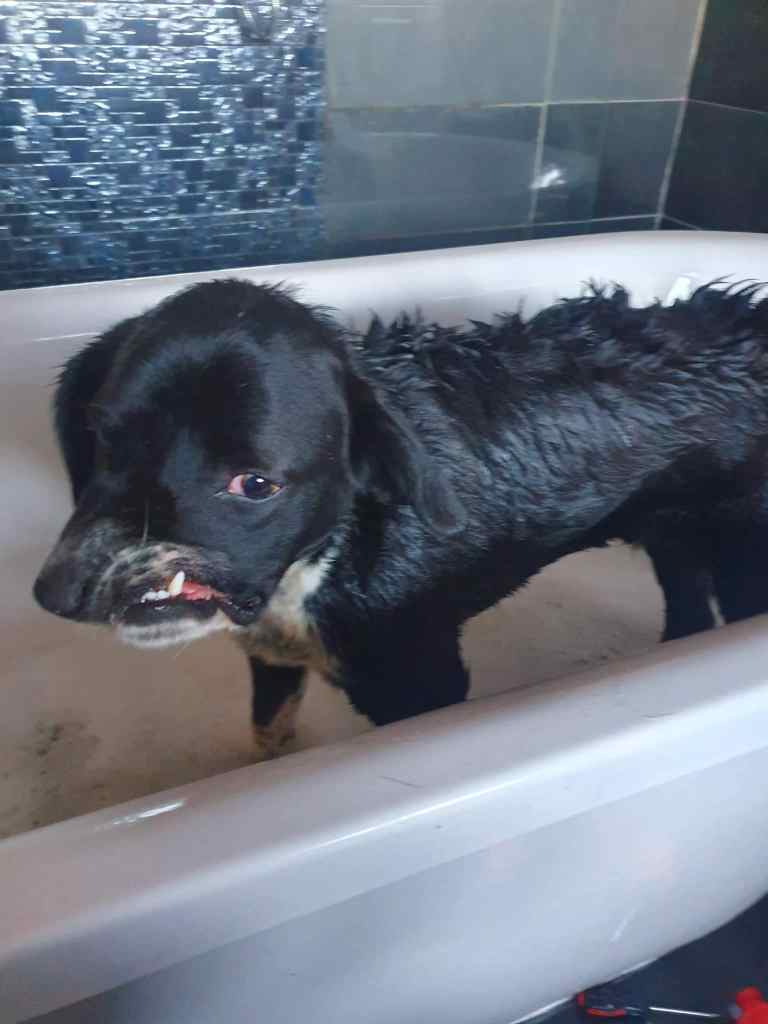 It’s no secret that adopting a puppy is far better than buying one. The problem is there are far too many dogs that need a home. Dogs who have certain quirks or needs are difficult to place because people tend to overlook them.

Thankfully, some animal rescue organizations focus specifically on dogs that usually fall between the cracks. One such organization found a litter of puppies that went viral on social media because of their adorable personalities.

Meet Carolina, a puppy who is one of five in the litter born with a unique condition that makes their snouts twist and droop downward. They were rescued by Safe Rescue for Dogs UK.

The rescued dogs are Labrador mixes and hail from Romania, where Safe Rescue for Dogs focuses on finding dogs that need a home.

This usually means getting puppies out of the country.

Carolina is getting quite cozy here!

Safe Rescue for Dogs explained a bit more about her story as well.

Bringing a litter of puppies from Romania to the UK for adoption seems like a lot of trouble, but Safe Rescue for Dogs has good reasons to do this.

The organization explains that the number of stray dogs skyrocketed in the country during and after the era of Ceausescu (1974-1989). Communist rule meant people were forced to leave their possessions and pets behind, causing dogs to become packs as many animals weren’t neutered at the time.

The government resorted to killing off stray dogs, and the problem persists in the country today. So it’s great that Safe Rescue for Dogs is working to help dogs in need!

What do you think of the puppies you see above? Share your thoughts in the comments section!