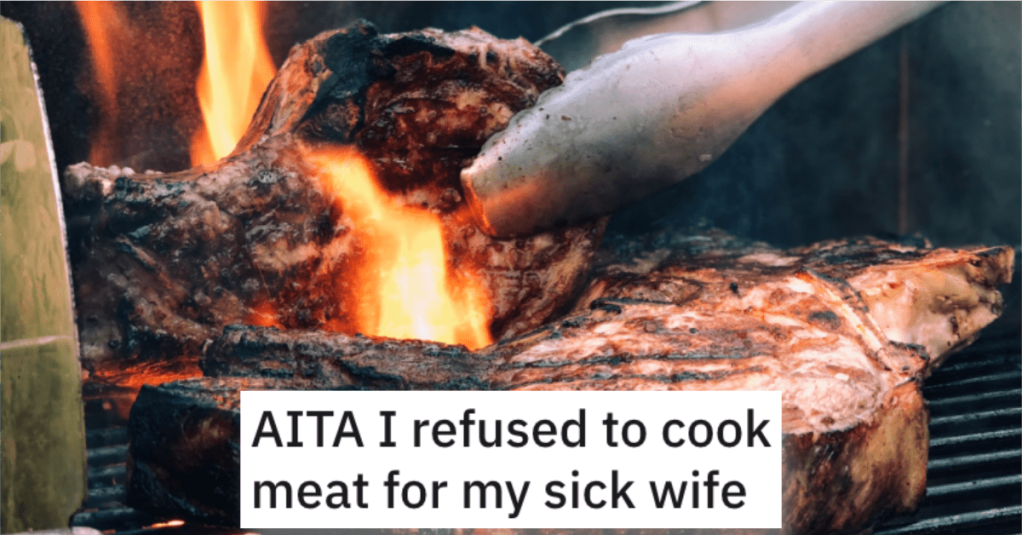 This Vegetarian Refused to Cook Meat for His Sick Wife. Is He Wrong?

But I did stay in a co-op place once in New York City that was an Airbnb and we weren’t even allowed to bring meat into the building…so I guess some people can be pretty intense about this kind of stuff.

Check out this story from Reddit’s “Am I the A**hole?” page and let us know if you think this guy is taking things a little bit too far.

AITA I refused to cook meat for my sick wife?

“My wife has been sick with seasonal flu for the past one week. I work from home so it’s been easy for me to take care of her alongside my office work.

Today, she asked me if I could make her some crab soup because that always helps her feel better when she’s down with flu/cold.

I’m Hindu so I am vegetarian. I told her that I do not want to touch meat since its against my religion but I’ll order in some crab soup from a nearby restaurant. She refused saying that homemade soup is better in taste and insisted on having crab soup made by me.

I stood my ground and said that I’d do anything else except for touching or cooking meat. She got mad at me and asked me to leave her alone. She also called me selfish for not making such a “small sacrifice” for her sake.

Uh oh…now take a look at what Reddit users said about this.

This reader had some thoughts…and they made a quality pun! 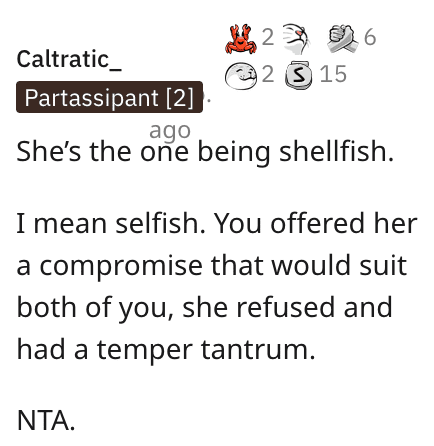 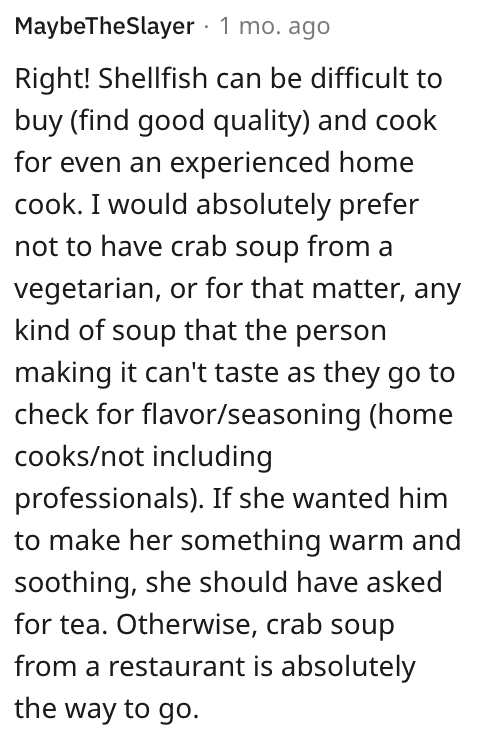 This individual said this guy is NTA and he offered her a reasonable alternative…she blew it! 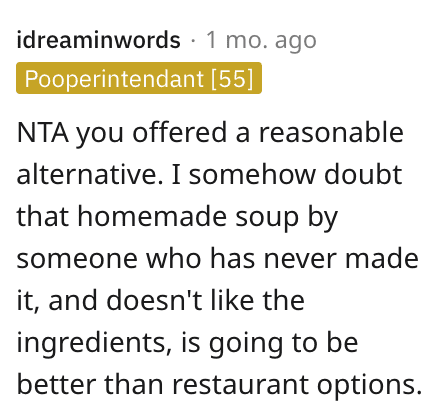