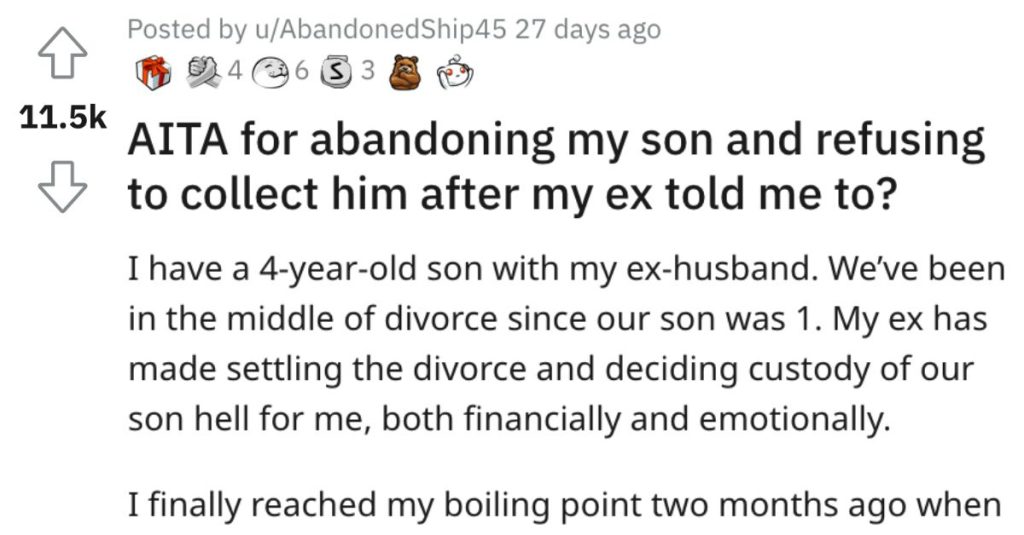 But, if you learn one thing from the stories that people post on Reddit’s “Am I the A**hole?” page, it’s that you never know what to expect and you gotta dive into the whole story before you can make your final judgment.

Are you ready to get down and dirty?

AITA for abandoning my son and refusing to collect him after my ex told me to?

“I have a 4-year-old son with my ex-husband. We’ve been in the middle of divorce since our son was 1. My ex has made settling the divorce and deciding custody of our son hell for me, both financially and emotionally.

I finally reached my boiling point two months ago when I realised just how bad my finances are at the moment and the fact that I would need to stop the divorce and move to an even cheaper but dangerous area to just survive at this point.

I don’t want my son to have to live there too. So, I decided that the next time my ex was in the country, I would take my son and leave him with his dad since he wants custody so badly.

My ex assumed it was just for the day but when I didn’t come to pick him up in the evening and I wasn’t home when he tried to drop him off, he started texting and calling me non-stop telling me I needed to come collect our son since he didn’t have his nanny there and he was very busy. I ignored him for over a week, until he started threatening to have someone come and find me.

We had a conversation where my ex was asking me what type of mother just ups and abandons her child like I had done. He wanted to know where I was and wanted to know when I was going to come back. When I told him I wasn’t, he told me he had learnt his lesson and I needed to stop punishing our son to make a point. I told him I wouldn’t come back, because my ex was right, he had the money to give our son a better life so he had won.

He asked me what he was supposed to tell our son and I told him he should tell him the truth, that his dad liked to bully people with his money and it made me have to go away. He got really angry and told me not to play games and that we would go back to our old financial agreement that we had before I filed for divorce if I would just come back.

One person said that this woman needs to grow up and that she is TA.

Another reader said that she is not TA and that she’s stuck in a very hard place. 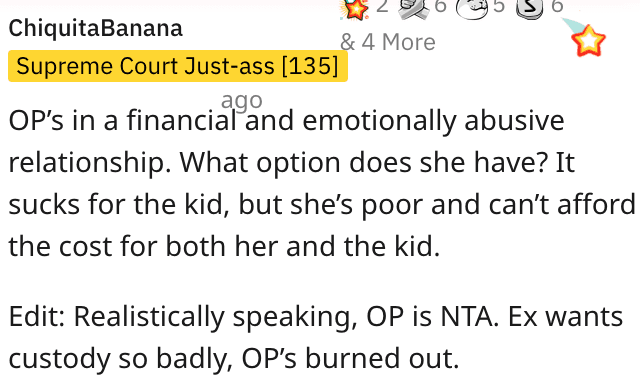 This individual said that this woman probably didn’t have a lot of options in this situation. 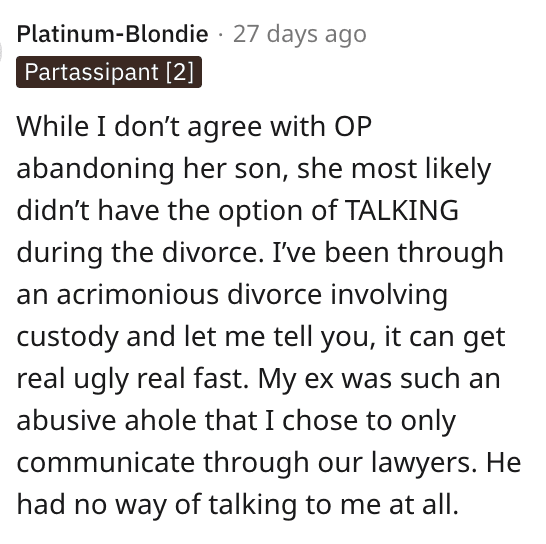 And another reader said that this woman did what she had to do. 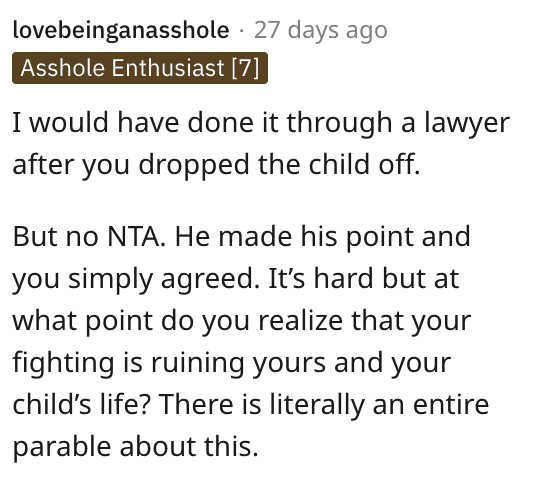