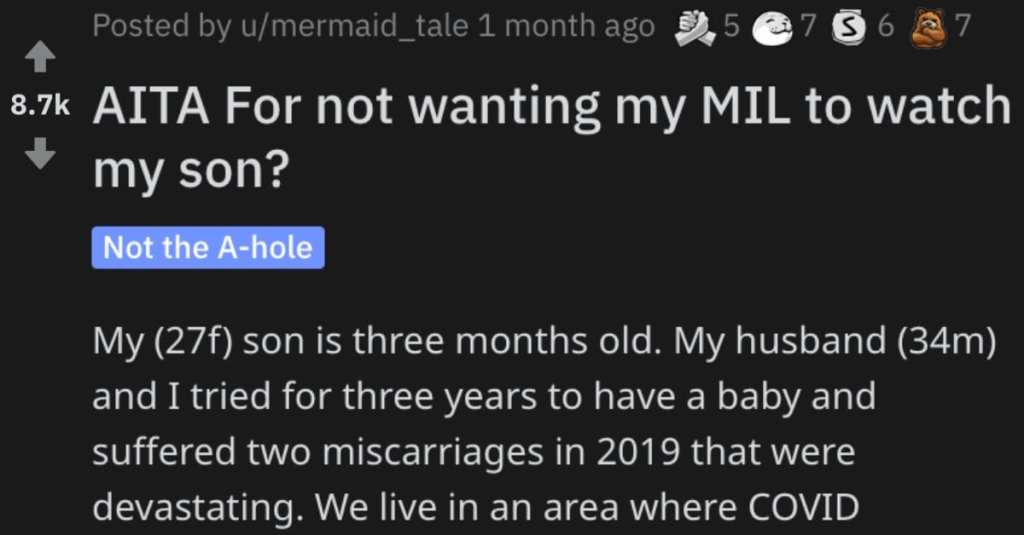 This Woman Won’t Let Her Mother-in-Law Watch Her Son. Is She Wrong?

You’re not watching my son!

You know that any story that includes this line is gonna be ugly.

A young woman took to Reddit’s “Am I the *sshole?” page to air her grievances about the situation she’s dealing with regarding her mother-in-law.

AITA For not wanting my MIL to watch my son?

“My (27f) son is three months old. My husband (34m) and I tried for three years to have a baby and suffered two miscarriages in 2019 that were devastating.

We live in an area where COVID restrictions have lifted, so we are slowly introducing our baby to family. We have introduced him to my MIL, and since then she’s been very pushy about babysitting him for us.

The issue is, my husbands family is very chaotic. His stepbrother is a heroin addict who has robbed their family home on several occasions and has the tendency to hide his needles around the house. He doesn’t live there, but my MIL has not stopped him from coming around.

My husbands sister lives at the family home. She does not work or pay rent, and she has a big jealousy issue with my husband. He goes over to the house on a regular basis to help with yard work, etc. And she always makes a scene about not wanting him there.

Last October when I was eight months pregnant, I was dropping my husband off at his moms to clean the gutters for her. His sister came home while I was in the driveway and started screaming at my husband about how they don’t need his help. She was triggered by me blocking her spot. My husband pointed out that he wouldn’t need to come by if she stepped up and helped my MIL.

She then said that she hopes I have another miscarriage, which was disgusting and hurtful. As always, MIL stuck up for her and said she didn’t mean it.

At this point, there’s too much chaos in the house and I don’t feel like it’s a safe place for my baby, especially without my husband and I. My MIL doesn’t understand this at all. I know she isn’t responsible for her stepsons addiction and her daughters awfulness, but I don’t trust her judgment. AITA?

Some people are also questioning why my husbands sister has such a hate on for him. She’s been like this since they were kids, according to many people in the family.

In my opinion, he’s the only one that calls her on her shi*t, and she doesn’t know how to handle her emotions.”

And here’s how folks on Reddit responded to this story.

This person said that the woman’s mother-in-law is obviously a doormat and that she doesn’t have to comply with her wishes if she doesn’t want to. 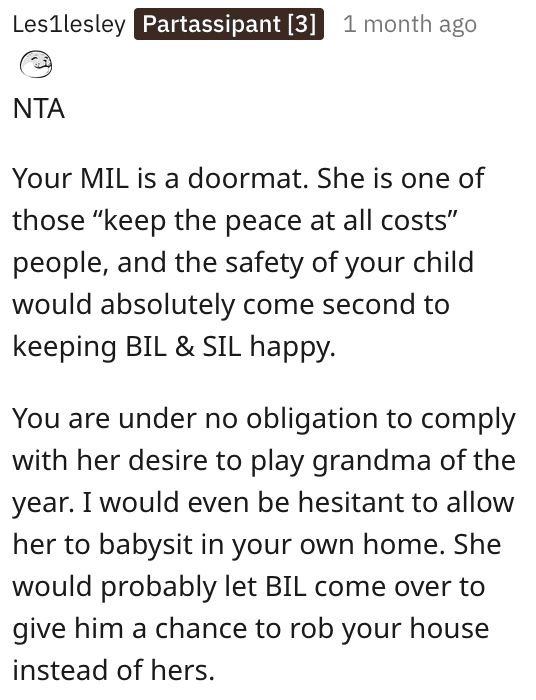 Another reader said that the woman is under no obligation to let anyone, not even her mother-in-law, watch her kid unsupervised if she doesn’t want to. 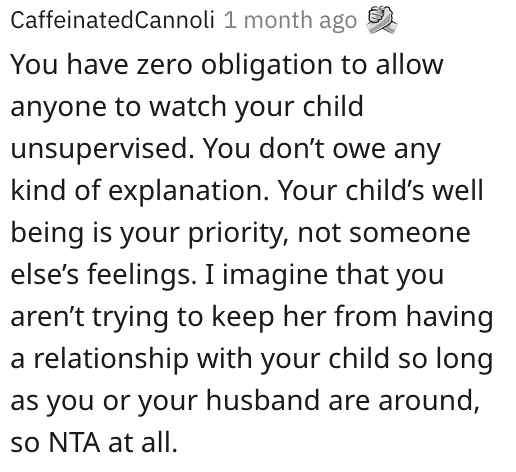 This reader said that this just sounds like a bad situation all around and that the woman shouldn’t even let her child near her in-laws. 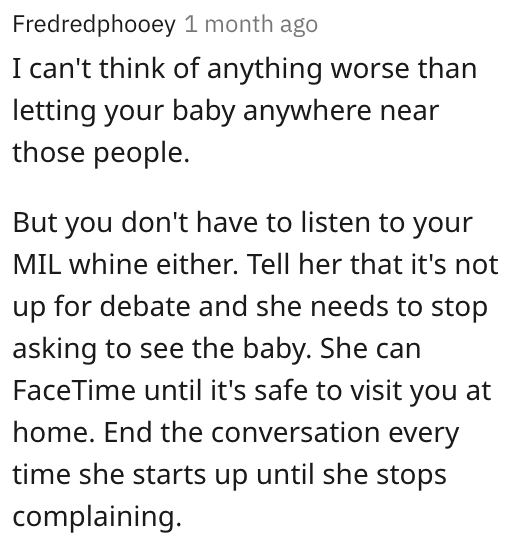 Another individual argued that if she does agree to let her mother-in-law watch her child, everything needs to be in writing and she needs to be very careful about every little detail. 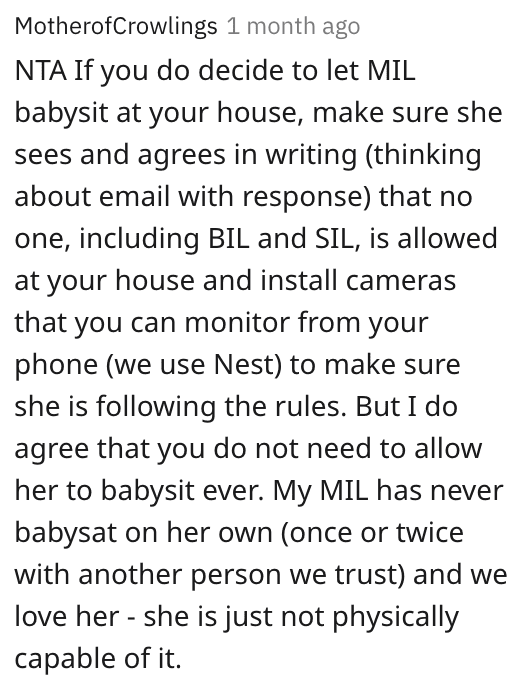 And lastly, this person thinks that the mother-in-law may be well-meaning, but she obviously has a few screws loose and can even be considered delusional. 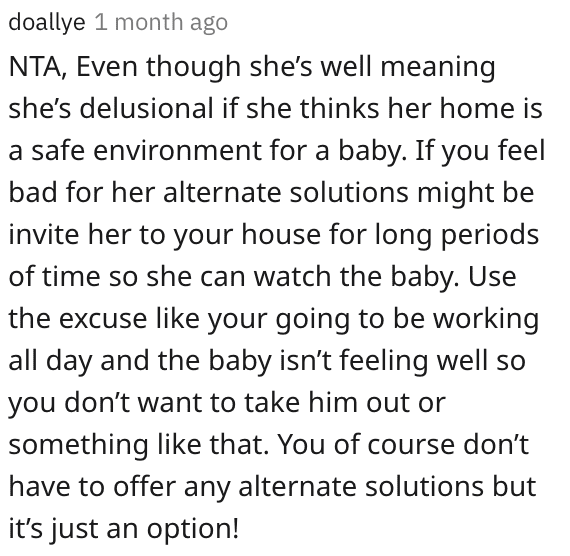 Would you let this mother-in-law watch your kid?