Get ready for a girl who has some fabulous moves for being so small!

A video of her appeared on YouTube showing her strapped in her car seat, with a pleasant enough look on her face, and listening to the Bruno Mars and Mark Ronson hit song, “Uptown Funk” on the radio. She’s clearly digging the song as she bobs her head to the music slightly. 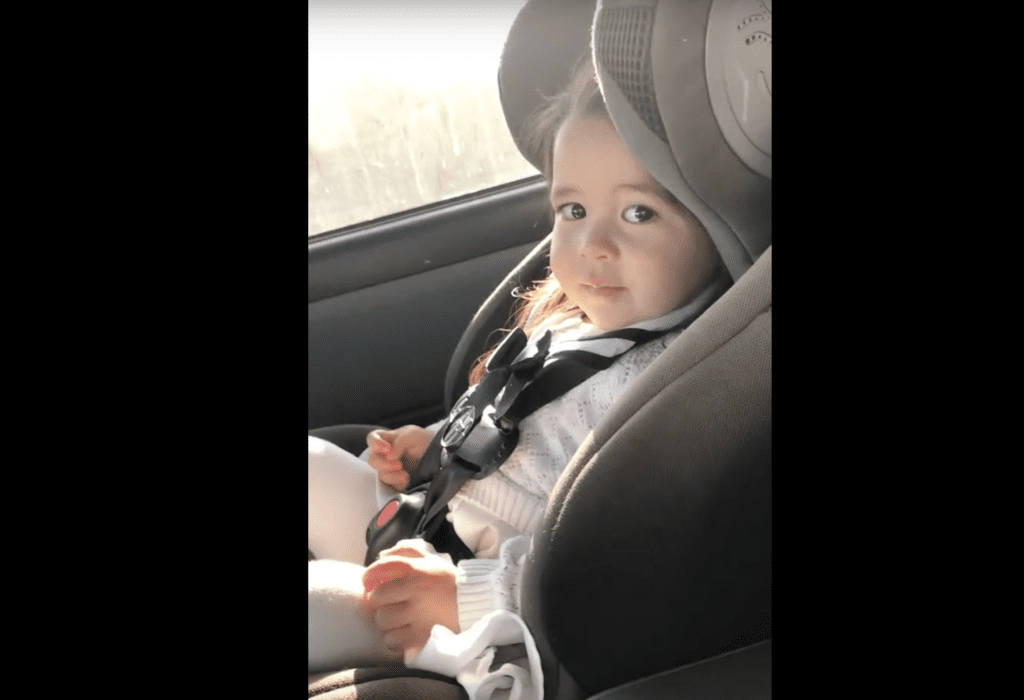 That would be cute enough. But no. It gets sooooooo good, y’all.

About 23 seconds in, when Bruno tell us it’s Saturday night, she holds up one finger on each hand as if to say, “hold up a minute.”

Then, just as Bruno sings, “Don’t believe me just watch,” she throws up both hands and goes crazy, right there in her little car seat.

Seriously… you MUST watch this!

I WAS NOT EXPECTING THAT. I screamed!

Did you hear someone in the car saying, “She knows where the beat is!”

Yeah she does! And it’s absolutely adorable and unexpected.

Let us know what you think about this dancing queen in the comments. Because that’s what we do around here!