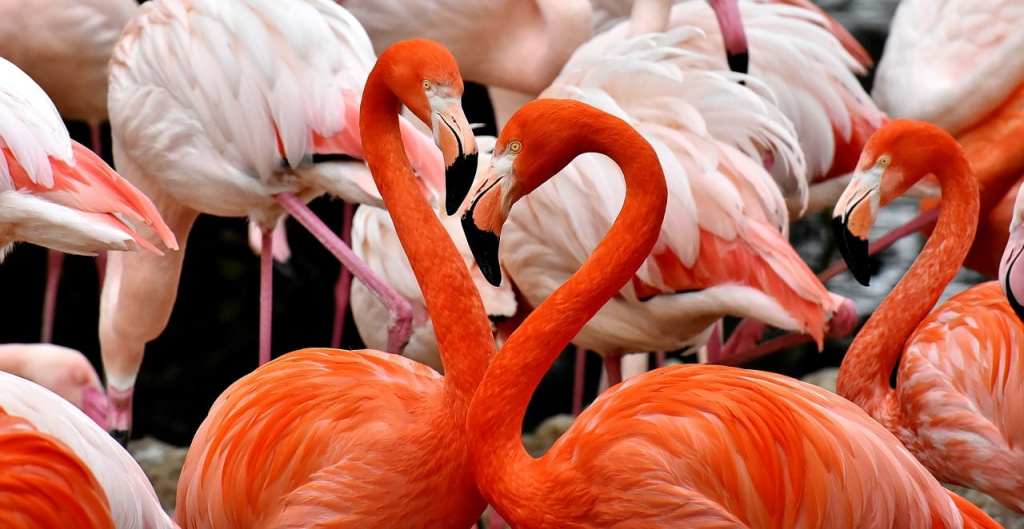 Volunteers Hand-Raise 2,000 Baby Flamingos Who Were Rescued from a Dought

Hundreds of baby flamingos in South Africa were recently abandoned by their parents. So, volunteers stepped in to rescue and hand-rear the babies – all 2,000 of them.

The flamingos were left orphaned after a drought in South Africa, which dried up their breeding grounds at Kamfers Dam. Rescuers at the Southern African Foundation for the Conservation of Coastal Birds in Cape Town (SANCCOB) airlifted the baby flamingos out of the dam.

They’re now in several different locations in South Africa, being weighed, fed, and cared for by volunteers. 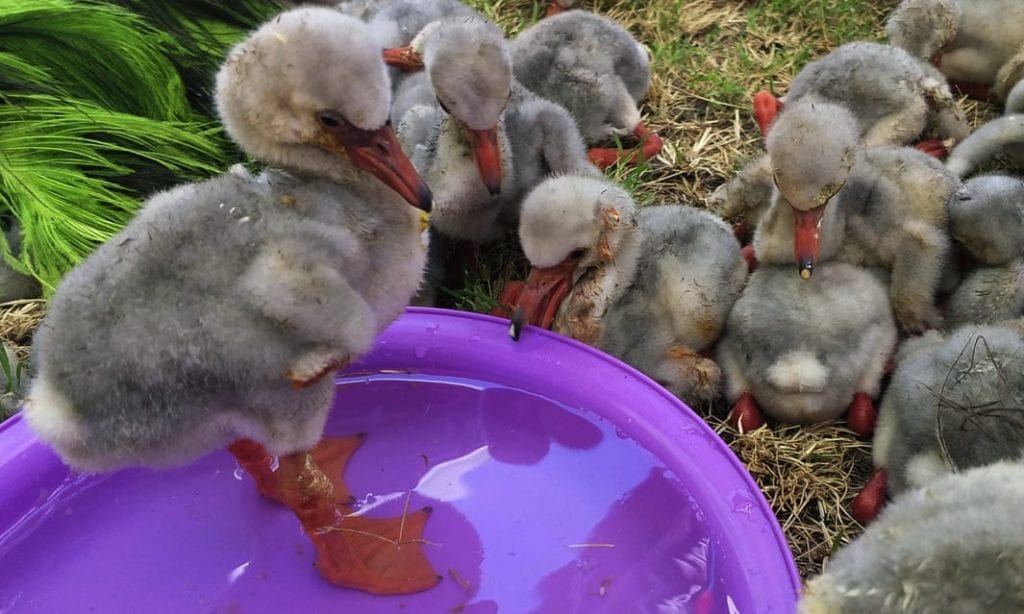 “We rehabilitate, that’s our business, and with the aim of releasing back into the wild,” SANCCOB rehabilitation manager Nicky Stander told The Guardian. “We have very large facilities here that were built last year. And we thought we were the best people to contribute to this project.”

Nicky added that, over time, they’ll have to adapt their facilities to make sure that the flamingos have plenty of space to run around and exercise.

The effort has been quite an experience for volunteers.

“They’re super delicate-feeling,” volunteer Leslie Ernst said. “Every time I go to bed I still feel them in my hands. I think we all feel very motherly towards them all.” 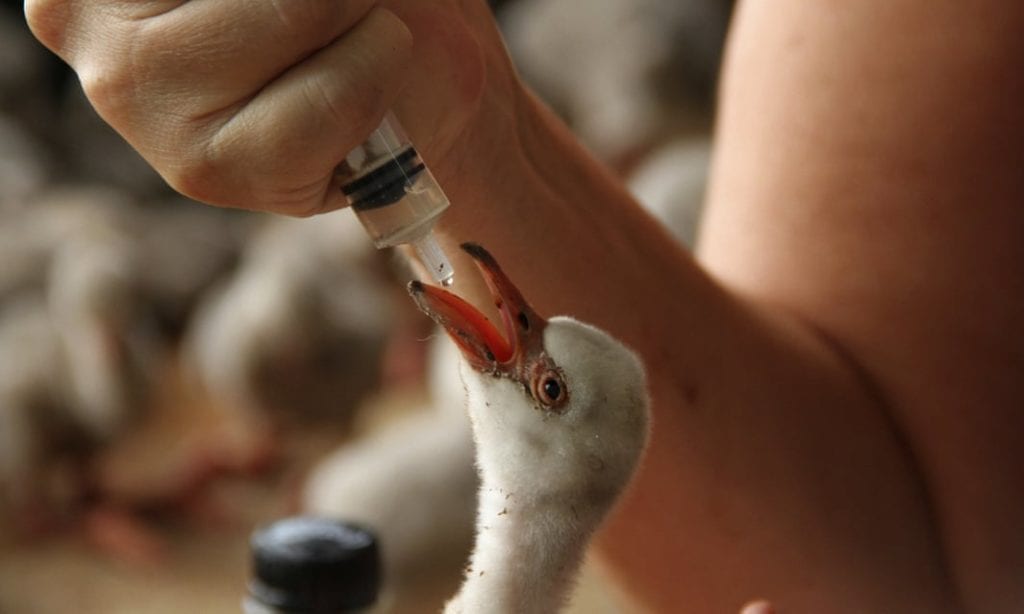 Some conservation experts have questioned whether such an enormous rescue effort was the right decision. But just look at those fuzzy cuties – who could leave them to fend for themselves?!