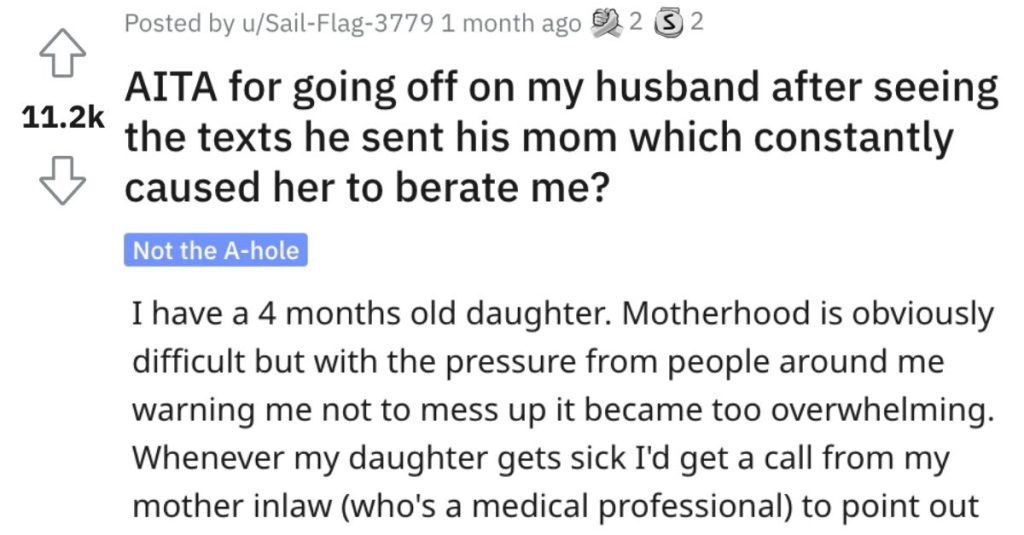 Was She Wrong to Yell at Her Husband Because of the Texts He Sends to His Mom? People Responded.

Uh oh…here we go again with a story on Reddit’s “Am I the A**hole?” page about a problem with the in-laws.

These stories seem to pop up quite a bit, don’t you think?

AITA for going off on my husband after seeing the texts he sent his mom which constantly caused her to berate me?

“I have a 4 months old daughter. Motherhood is obviously difficult but with the pressure from people around me warning me not to mess up it became too overwhelming.

Whenever my daughter gets sick I’d get a call from my mother inlaw (who’s a medical professional) to point out what I did wrong then berate and lecture me about it although I do all I can.

days ago my daughter started having diaper rash. Mother inlaw called me and was furious. I still had no idea how she knew. My husband said he didn’t see or call her for 2 weeks. I had an argument with her after she accused me of causing my daughter her diaper rash and also called me “neglectful”.

last night, when my husband and I were lying in bed, he wanted to show me something on his phone. As he scrolled through his texts, I caught a text that he sent to his mom around the time our daughter got sick. I looked at it and it said that I caused our daughter diaper rash and then neglected treatment.

I was stunned, he saw the look on my face and wanted to retrieve the phone but I took it and scrolled up and saw more texts from him basically giving her details about every move I make regarding our daughter’s care. I felt enraged and quite betrayed.

I went off on him, told him he was out of line tattling to his mom about my “messups” and not only letting her but encouraging her to berate me and lecture me about my own daughter which had worn my selfesteem down as a mother and caused me depression.

He said I shouldn’t have snooped on his private conversations with his mom and said that I needed this “occassional” “guidance” from his mom to make sure our daughter is in good health. I yelled at him and he called me crazy then walked out to stay on the couch.

Things have been pretty bad after that and this morning he avoided me and refused to talk about it except to say that I overstepped by reacting with hostility.”

And here’s what Reddit users said about what happened.

One person said she is NTA and that her husband is a GIANT A**HOLE. 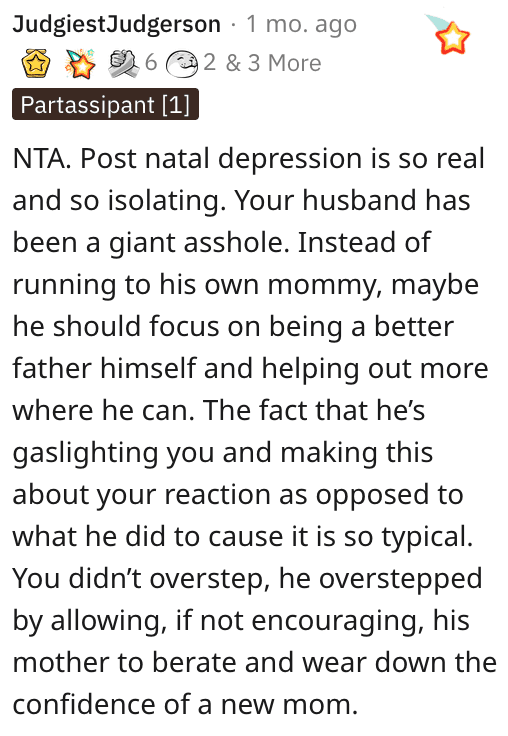 And this individual agreed and said that she needs to get some help from her OB. 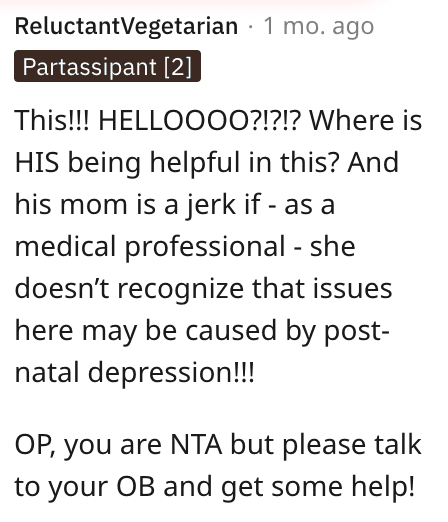 Another Reddit user had some pretty harsh words for what they think she should do. 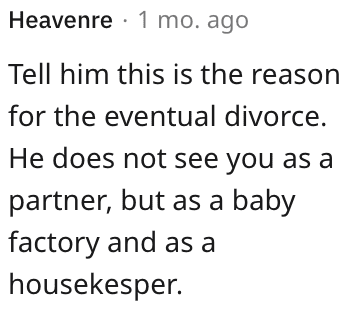