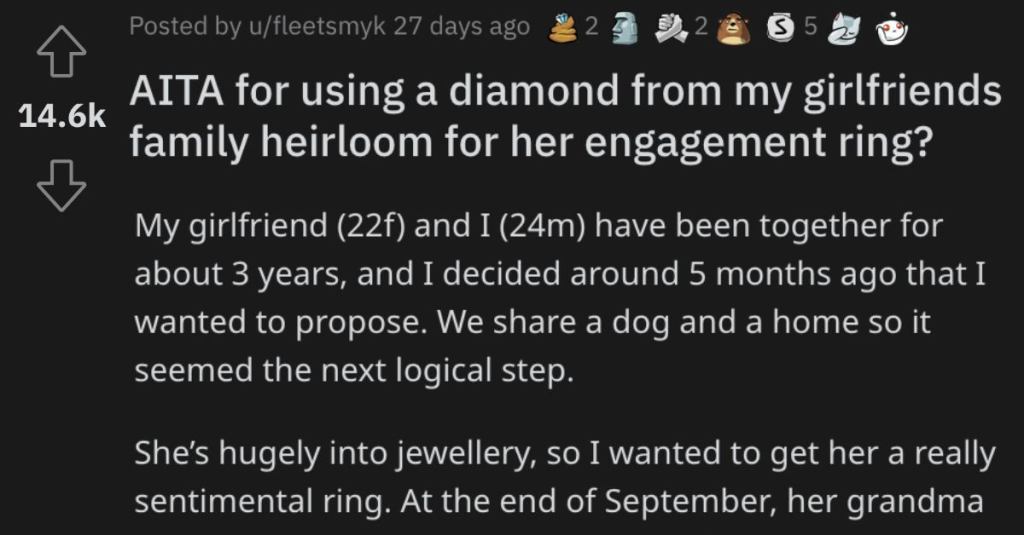 Was He Wrong for Using a Diamond From His GF’s Family Heirloom for Her Engagement Ring?

People sure do get worked up about engagement rings, don’t they?

Which makes sense I guess, because you’re hopefully gonna wear that thing for the rest of your life…

But here we are…

Check out this story from Reddit’s “Am I the A**hole?” page and let us know if you think this guy was wrong.

AITA for using a diamond from my girlfriend’s family heirloom for her engagement ring?

“My girlfriend (22f) and I (24m) have been together for about 3 years, and I decided around 5 months ago that I wanted to propose. We share a dog and a home so it seemed the next logical step.

She’s hugely into jewellery, so I wanted to get her a really sentimental ring. At the end of September, her grandma suddenly passed away and as my girlfriend was the only granddaughter, she was passed down her wedding ring.

Her and her grandma were extremely close, so I decided to ask her mom (her grandma was her dads mom) if she thought it’d be a good idea for me to use one of the diamonds in the ring for my girlfriends engagement ring. She told me that as much as she loved the idea, she didn’t know if my girlfriend would, and so told me to think about it.

I couldn’t find anything else I liked as much. My girlfriend didn’t wear the ring as she was worried about losing it, so kept it in a box in a drawer, making it easy for me to take without her realising. It ended up being a beautiful ring, and I thought she’d absolutely love the sentiment of it.

Well, I proposed. She said yes immediately and was absolutely elated, until she saw the ring. She told me I’d practically vandalised and ruined the only meaningful thing of her grandmothers that she had and that I should have asked.

I went to her mom for support, but she just kept saying she warned me that my girlfriend might not like the idea. She said yes to my proposal but refuses to wear the ring, which I just think is disrespectful considering how much money and thought went into it.

Now check out what Reddit users said about this story.

One reader argued that this guy is the a**hole in this story. 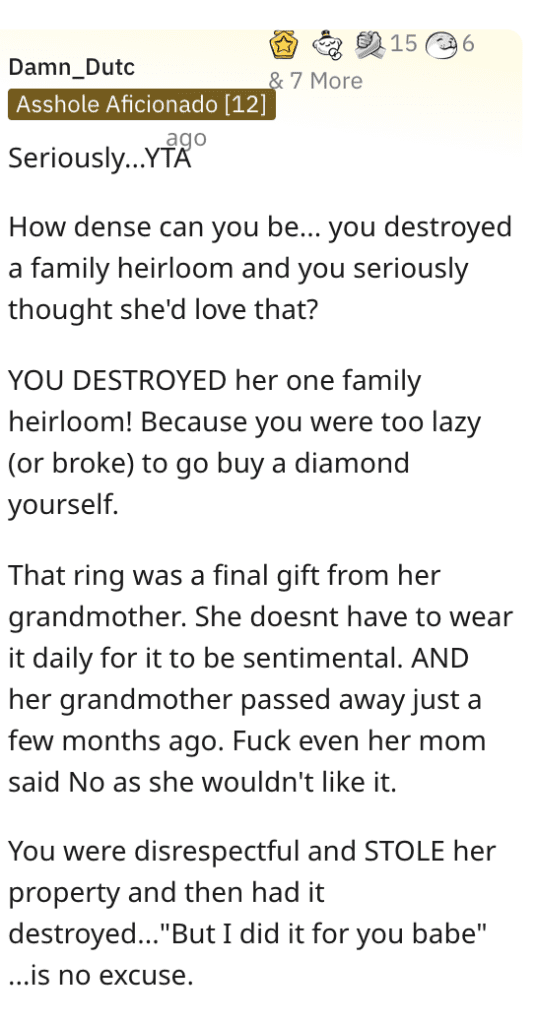 And another individual said that the guy isn’t even respecting her decision. 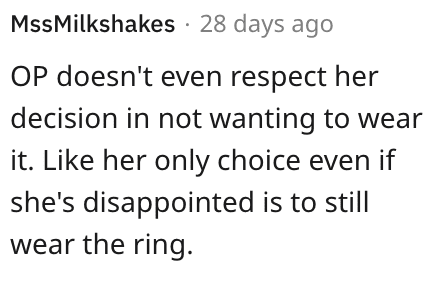 Lastly, this individual sad that this relationship probably needs to be ended for all involved… 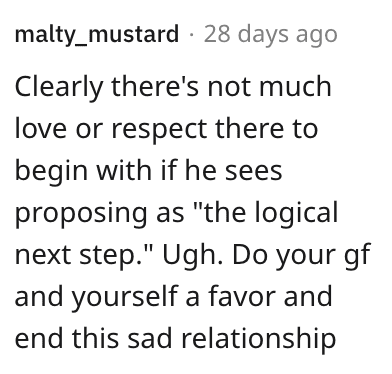 Do you think this guy acted like an a**hole?